One Year After India Killed Cash, Here’s What We Can Learn 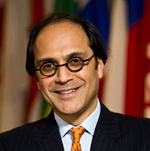 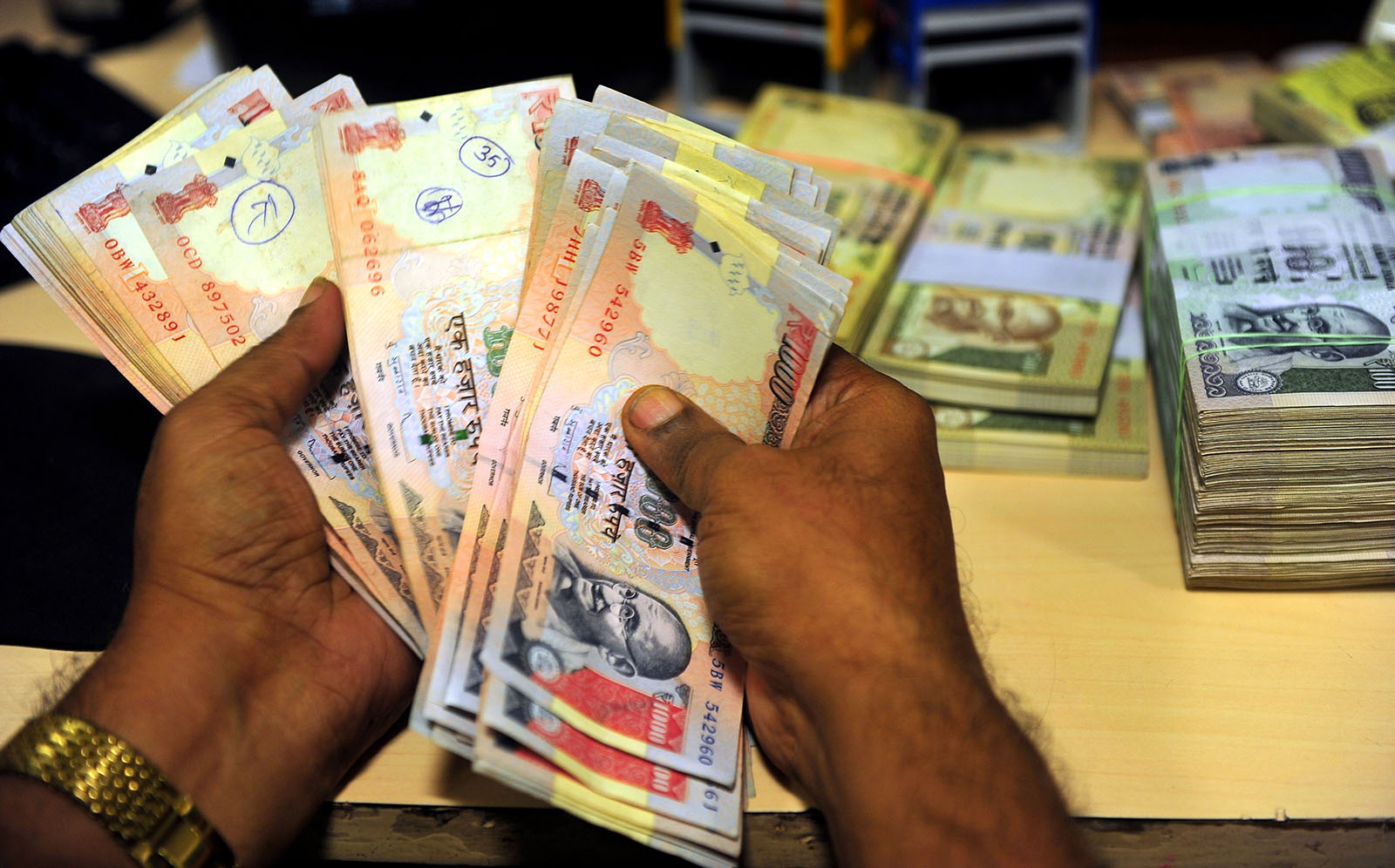 A bank employee counts 500 and 1000 INR notes that were returned to the bank. On November 8, 2016 with no advance warning, India’s two highest-denomination banknotes were demonetized, rendering 86 percent of the country’s currency invalid overnight.

Little over a year ago, the Indian government rolled out an unprecedented policy move. Arguably, it was a time when the country was poised for economic success. With $9.49 trillion in purchasing power parity, it was the third-largest (in PPP terms) and the fastest-growing large economy in the world. On November 8, with no advance warning, India’s two highest-denomination banknotes, the 500-rupee and 1,000-rupee bills, were demonetized, rendering 86 percent of the country’s currency invalid overnight.

The ostensible objective was a popular one: to root out corruption and illegitimate activity involving untraceable cash transactions. As the implications unfolded, I wrote two pieces (India’s Botched War on Cash and Early Lessons from India’s Demonetization Experiment) evaluating the policy and its impact. My assessment of the action was that the policy was poorly thought out and executed, and that its net impact would be negative and particularly bad for the poor.

Indeed, India subsequently suffered a dramatic drop in its GDP growth rate, which fell to 6.1 percent annualized during January-March 2017 after three quarters with the annualized growth rate staying in the range of 7.9 percent to 7 percent. Its most recent GDP growth figure has fallen to 5.7 percent, and part of that, too, can be attributed to the policy move from last November.

As we cross the one-year anniversary, it is natural to reflect on the lessons of this policy move. The Indian experience holds powerful lessons for policymakers planning economic interventions around the world.

Lesson One: Choose Your Experts Carefully

All policies have consequences. Tracing the paths of those consequences is seldom straightforward, particularly when the impact is felt across a complex economy. In light of this, every economic policy ought to be preceded by some essential process elements: a sound theory; a rationale for why the underlying assumptions are valid, and the evidence for those assumptions; and cost-benefit analyses, including accounting for the systemic effects, unintended consequences, and learnings from similar actions elsewhere. Such processes are not easy to do and ought to be guided by experts in economics, business, and technology paired with experts in policy execution.

When considering action as drastic as shutting down highly used currency in a large and complex economy, as was the case in India, additional advisers ought to have been part of the process. To quote the person who may have been the most qualified to advise on such action, Raghuram Rajan, the widely respected former governor of India’s central bank: “As a country, you would want to ask what were the inputs that went into that decision.” Mr. Rajan, in a new book, reveals he was against the idea of demonetization. Another valuable adviser, the Indian government’s chief economic adviser, has been quiet on the matter. He is known to have been a critic of “big bang” policy. One might speculate that he, too, would have advised against one of the biggest of bangs, such as a surprise demonetization.

The  experience of India’s demonetization holds powerful lessons for policymakers around the world.

It’s unclear if any other experts have been consulted on the India policy. NPR’s Planet Money did report on one “expert” who might have been the inspiration: a hitherto unknown mechanical engineer-turned-social-activist named Anil Bokil, with a five-point plan for “principled, prosperous, and peaceful living” and a 94-page PowerPoint manifesto that he pitched to Prime Minister Narendra Modi.

Before launching a policy action with such far-reaching consequences, there should have been a clear process for receiving professional expertise, data, and analyses and a mechanism for debate and discussion of the assumptions and the impact. It is important to have a record of such a process, even if it has to be conducted in secret. Governments need to be able to demonstrate that they have done their homework regardless of the ultimate outcomes of the action. Any democratically elected government owes this to its citizens—and to its country’s future.

All policies have a stated objective of providing a public good. But every policy decision also involves trade-offs; invariably, creation of a public good places a burden on some segments of society. A fact-based cost-benefit analysis is essential. Any policy ought to be able to pass a simple test: If the basic data on the economy in a pro forma assessment suggests that the policy runs a high risk of failure or has a major negative impact, stop and ask more questions before proceeding.

The primary public good cited for India’s demonetization move was to take on the problem of corruption and illegal activity. Many commentators have commended the Indian prime minister for his “courage” in taking on such fundamental problems with bold action. This decisiveness was also popular and was rewarded politically by the strong performance of the Modi administration in crucial midterm regional elections.

There are, however, several factors that ought to have been considered in the context of invalidating cash in India from the outset. For one, invalidating 86 percent of the value of cash in circulation should be an automatic red flag, because it could bring the economy to the brink of chaos. Second, 90 percent of India’s workers are in the informal sector, where the predominant form of payment is cash. It is hard to imagine a scenario in which such “double” invalidation would not constitute a body blow to the workforce and the economy. Third, in a recent analysis of income tax probes, the cash component of undeclared wealth in India was estimated to be only about 6 percent. In other words, the policy instrument was aimed at the wrong target: most undisclosed wealth is held in noncash assets. All of this data was readily available and should have given the policymakers pause.

As observed earlier, policies ought to be accompanied by a theory about how the policy intervention is expected to translate into impact. This translation mechanism itself relies on the assumptions about how real people behave in response to a change in their environment. The effectiveness of policies ultimately depends on how well one anticipates such behaviors, which, in turn, involves taking a holistic view of the incentives and contexts of citizens—what people want, what they believe, and what they know about their environments. Policymakers must factor in how they have an effect on these fundamental drivers in order to change behaviors.

In the case of India’s demonetization, it is safe to assume that people have a strong incentive to not lose money, so it is natural that they found ways to deposit their invalidated cash in the banks. In Indian society, not unlike in societies around the world, there is access to money-laundering networks and creative schemes for getting around rules and regulations. For an example of one such scheme, people with large holdings of the old banknotes sold them at a discount to brokers who then distributed them across a network of other people to deposit smaller amounts at banks so that they would not trigger an audit. India’s central bank, the RBI, recently reported that of the estimated 15.28 trillion rupees ($239 billion) in currency taken out of circulation by demonetization, almost 99 percent had been returned to the banking system. The original argument for demonetization unraveled because of the strategy of leaving the holders of illegal cash stranded with useless banknotes appears to have mostly failed.

With the growing embrace of mobile communications and digital technology worldwide, along with major technology players committing to using their products and technologies as forces for social good, there is a growing belief that these technologies can bring about rapid change. Of course, it also helps that the term “disruptive” is frequently attached to such technologies. With this context in mind, it is tempting for policymakers to champion something that promotes digital uptake with the argument that it will be transformational. In such situations, it should be verified that the conditions for such uptake do indeed exist in the economy.

In India’s case, when it was becoming clear that the initial objective of leaving illegal cash hoardings stranded was failing, the administration changed its narrative to a backup rationale: The demonetization was good for weaning the country off its dependence on cash and moving transactions to digital platforms, thereby leading to greater efficiencies, transparency, and growth of online commerce and catapulting India more forcefully into the digital age.

With the exception of the Unified Payments Interface, a payments system that facilitates instant fund transfers between bank accounts on mobile platforms, all other digital payments transactions have declined. All things considered, this modest change in digital uptake could deliver over the longer term, but it is not clear why invalidating 86 percent of the country’s cash was necessary to promote a single payment platform.

The Indian experience also helps us explore the reasons why the adoption of digital payments did not accelerate as one might have expected after demonetization. The explanation relies on an understanding of factors that drive digital adoption. The quality of the digital experience is one such factor. If nothing else changes in their environment and incentives, and users’ digital experiences are poor, they will go back to the predigital status quo.

As part of our study, done in collaboration with Mastercard, Digital Planet 2017: How Competitiveness and Trust in Digital Economies Vary Across the World, based on the extent of friction—regulatory, infrastructural, and identity- and interface-related—present in the digital environment, we ranked 42 countries by speed, quality, and ease of use when transacting online. India ranked 41st. The only country it beat was its neighbor Pakistan. The lesson: Digital adoption will not be meaningful unless users can trust the infrastructure to reliably deliver. If your policy does not simultaneously improve the state of friction-freeness in the digital experience, do not plan on the technology delivering transformational change.

Leaders around the world are under pressure to show courage and take bold policy action. But policy actions have real consequences, and tracing the path toward their wider impact is difficult and complex. There may be short-term political benefits from appearing decisive on political campaign promises, but the negative impact on the economy can create longer-term risks and eventually bite back.

It is better to deliberate and consult the right professionals on the policymaking process and ensure that it is founded on both theory and evidence. India’s demonetization debacle ought to serve as a cautionary tale for all of us.

Prior to joining Fletcher, Bhaskar Chakravorti was a Partner of McKinsey & Company, a Distinguished Scholar at MIT’s Legatum Center for Development and Entrepreneurship and on the faculty of Harvard Business School and Harvard University Center for the Environment. He is the author of the best-selling book, The Slow Pace of Fast Change: Bringing Innovations to Market in a Connected World.