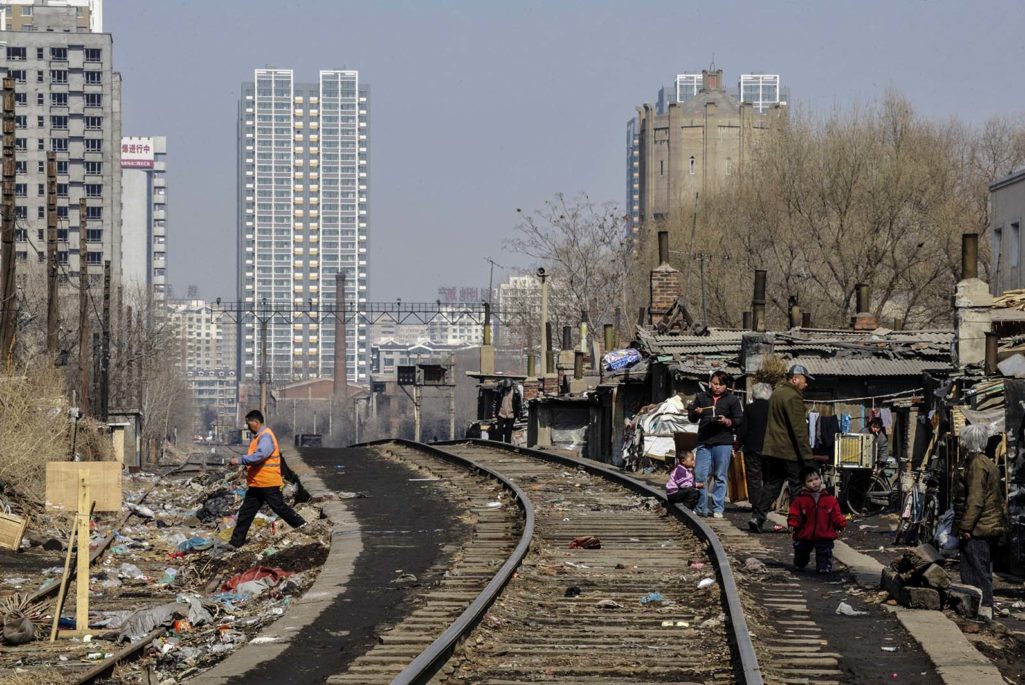 A view of a shanty town where residents will move into low-rent apartments provided by the government is seen on March 11, 2009 in Shenyang of Liaoning Province, China. That year China planned to spend 33 billion yuan (about $4.82 billion) in building low-rent housing to solve the housing problems for low-income families.

Asia is rapidly urbanizing. Currently, about half of all of its residents live in urban areas, and the number of urban residents in Asia is expected to reach 3.3 billion by 2050. The Asian Development Bank Institute (ADBI) estimated that at the current urbanization rate, 127,000 people are added to urban centers every day in Asia.

Such explosive urban population growth means that cities need to provide new housing for a large number of new residents every year, and governments throughout Asia are struggling to develop an appropriate reply to this challenge. Many low- and middle-income households in the region lack access to formal finance mechanisms, a prerequisite for housing finance. Moreover, economic success paired with urbanization has quickly increased the demand for housing in many countries, while the supply of housing has not kept pace. Supply is often constrained by a lack of developable land or uncertain land titles. As a consequence, land prices have increased rapidly, as has the price of construction materials and services.

Access to housing has remained elusive for a large share of the population in Asia; however, a recent ADBI research project is attempting to create new knowledge to overcome this housing challenge.

Analyzing the experiences of several developed countries that have previously confronted the challenge of increasing urban populations, ADBI identified 10 lessons learned from careful comparison of housing policies across these economies:

The solution to the housing crisis goes far beyond providing new homes for urban dwellers and requires rapid expansion of the entire urban infrastructure. For example, every household needs to have access to clean water and sanitation as well as electricity. Hopefully, this research provides new insights for policymakers and implementers to make access to adequate housing a reality.

This piece first appeared on Asia Pathways, a blog of the Asian Development Bank Institute.