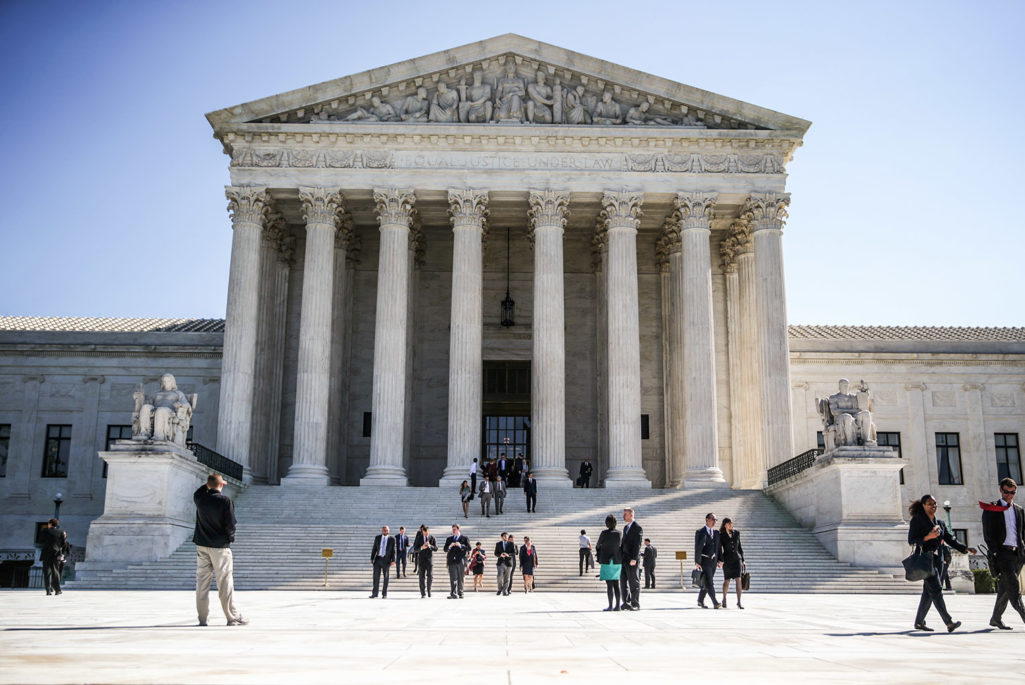 People come out from the U.S. Supreme Court October 6, 2014 in Washington, DC. The Supreme Court announced that it will not hear the five pending same-sex marriage cases, paving the way for gay and lesbian marriage in 11 more states.

Inconsistent marriage laws cost American businesses $1.3 billion per year. This legal patchwork generates a host of administrative and compliance requirements for employers who must establish and maintain multiple benefits policies and HR-related systems that apply to same-sex couples.

Absent a national “freedom to marry” law, annual costs for the U.S. private sector will top $1.4 billion by 2018 and amount to $6.6 billion over five years, according The Cost of Inconsistency, a recent report from Marsh McLennan.

Compounding the financial burden is taxation. When the government offers benefits to same-sex couples living in states without freedom to marry, the value of these benefits generates a tax penalty for employers and employees. Normally considered a cost of doing business, the value of these benefits is treated as ordinary income for an employee in a same-sex household, triggering added payroll and income taxes.

The report doesn’t quantify the challenges businesses face when trying to recruit talent into non-freedom to marry states. But executives interviewed for the report made it clear that attracting top talent demands an equal and inclusive workplace. The report cites one Ohio-based small business owner who talked about the talent deficit this way:

We are a fast-growing tech business committed to building our business in Cleveland. It’s been hard enough to compete with New York, Chicago, or DC for talent, but now we are at a further disadvantage because Ohio doesn’t recognize the legal marriages of same sex couples. I know of cases where corporations want key employees to transfer to Ohio but they refuse because our state doesn’t recognize their marriage. This puts Ohio at a disadvantage in the fight for recruiting talent.