The Three Pillars of Doing Business in a Dicey Geopolitical Climate 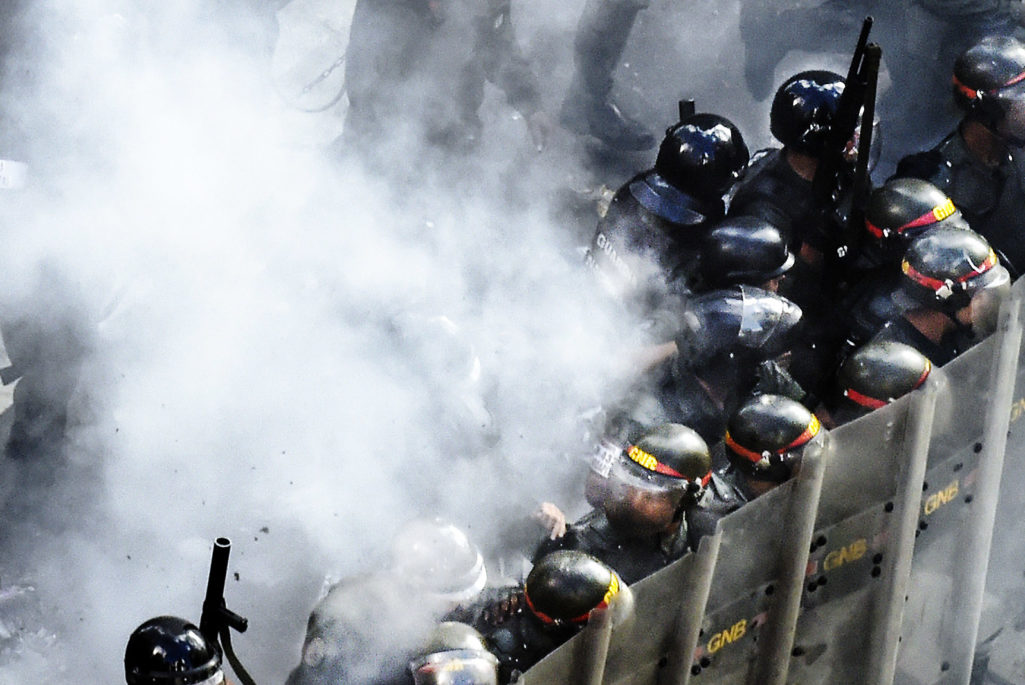 Venezuela's National Guard personnel in riot gear stand in line amid a cloud of tear gas during a protest of opponents to the government of Venezuelan President Nicolas Maduro in Caracas on February 18, 2015.

In today’s dicey geopolitical climate, making the decision to invest in a foreign country requires a holistic approach to risk analysis that considers both economic and political factors.

Often a favorable economic analysis can mask more nuanced political risks, such as the passage of laws, troubled leaders, or the destabilizing effects of popular uprisings, which is why considering economic and political risk must go hand in hand.

BRINK: What are the top three aspects of geopolitical risk that businesses need to be aware of?

Jones: There are three pillars: security, economic, and governance and rule of law. It’s difficult to have economic success if you don’t have some measure of security, so I think that’s one of the first questions that has to be answered. Obviously, depending on where companies want to invest, that is going to be a different answer for different parts of the world. Second, once you have achieved a measure of security, I think an economic plan for investment is absolutely essential and to me the two go hand-in-hand. You can’t have one without the other, and if you try to do just one, as we did in Iraq, you wind up falling short of your expectations. The third risk, obviously, has to do with governance and rule of law. Corruption is a big factor, whether it’s individual corruption or corruption within the governments that you’re working with to invest.

BRINK: On the corruption angle, the OECD recently released a report about bribery and corruption worldwide and it seems to be really endemic. How can businesses really thrive in a world where corruption seems to be a major stumbling block?

Jones: It depends on where and what type of country you’re dealing with. Corruption is a major problem in a significant part of the world. I have it on good authority that the OECD report says that large companies and senior executives are responsible for the vast majority of the world’s bribery cases, giving up as much as a third of their profits from related projects to corrupt officials. So if that’s true, “How does a business thrive in a world where corruption seems to be a stumbling block?” is a good question.

And frankly, in our country, the government and the private sector have to work together on this. If you bring the public sector in at the ambassadorial level or at the U.S. Trade Representative level, or the Department of Commerce level, where Secretary Pritzker is practicing a very interesting policy of what we would call “commercial diplomacy,” then I think you can probably tackle these cases one at a time.

BRINK: Except for breaking news, headlines are lagging indicators. What other signals should company officials be paying attention to or be aware of when trying to decipher the risks for a given enterprise?

Jones: I would like to think that if we get the public sector more aligned to private sector interests that there could be a dialog at the geopolitical level about how the government is looking at a particular country from not only a security standpoint but an investment standpoint as well.

I think there are many ways a company can do due diligence to try to find out the kind of information they need before they make a decision. As I said, it’s along those three lines that I’ve stressed, a security factor, what’s the projection? What’s the economic outlook? And third, what’s the outlook for good government and rule of law. I think if Secretary Pritzker is successful in her ambition then companies should be able to pick up the phone and call our Department of Commerce or our U.S. Chamber of Commerce and really get quality information with regard to those three major areas that they have to consider.

Gen. James Jones: “Too often, most of our American companies have been left to their own devices.”

BRINK: How would you address the biggest concerns you’re hearing from clients about doing business in today’s world?

Jones: I would get as good a forecast on the security environment as I could. If you have a country like some of the West Africa countries where terrorists are making in-roads, little by little, but the forecast five years out from the intelligence community is that this is a country that’s at risk, you really have to think twice about what you’re doing. The question is how do you get the information?

Too often, most of our American companies have been left to their own devices. What we try to do here in the work that I do right now is try to get our government to be more responsive to corporate inquires and intelligence sharing, so that they can make a good decision with regard to the type of investment they are thinking of making.

BRINK: Have your efforts been successful? When you’re talking to folks in government and trying to get them to be more forthcoming with the private sector, how is that going? Are they receptive to that?

Jones: I think so. It’s slow, but the State Department is beginning to show signs that that close link is very important. If you look at the behavior of the Russian President right now with regard to Ukraine and Crimea, a lot of the response that is being talked about is more economic than military. You have Europeans openly talking about ways in which they can change their supply routes for energy so they aren’t as dependent on Russia in the long term. So, you can see the rise of economic aspects on geopolitical and even geo-strategic issues that have economic solutions in terms of changing long term behavior.

BRINK: Risk is not always a bad thing. Isn’t there nearly always an upside—opportunities—to working in unstable areas? Are there any geopolitical situations or challenges that offer up opportunities for companies?

Jones: I’m sure there are. For example, if I were in the corporate world, I’d be thinking very hard, just to give you a specific example, about central Europe and the former Warsaw Pact countries that are really trying hard to wean themselves off of Russian energy and see that as an area of opportunity.

Similarly, hopefully soon, ISIS will be destroyed and removed from Iraq and hopefully Syria, and there will be huge economic opportunities there. So the advice I would give to companies is to take a look at areas where you do have struggle right now, where you do have violence, where you do have lack of security, but where there are a lot of people working on bringing security to those areas. I think fortune will shine on those companies that are already thinking about what to do.

Bart Édes Distinguished Fellow at Asia Pacific Foundation of Canada
URL: https://www.brinknews.com/qa-with-gen-james-jones-the-three-pillars-of-doing-business-in-a-dicey-geopolitical-climate/
Get ahead in a rapidly changing world. Sign up for our daily newsletter. Subscribe
​​