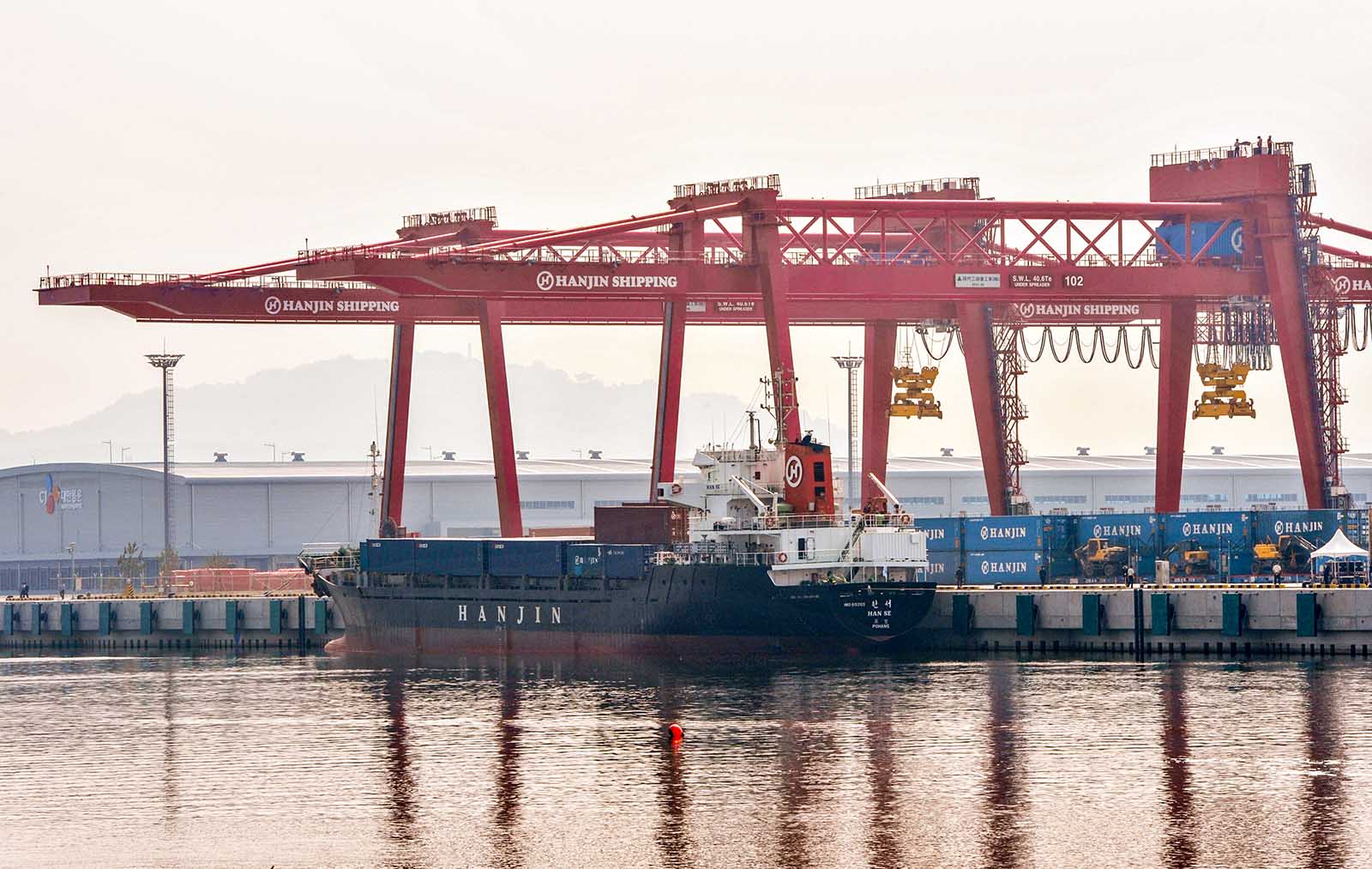 A 3,096-ton cargo ship is seen at a terminal along the 18-kilometer-long channel called 'Gyeongin Ara Waterway' in Gimpo near Seoul.

Integration among South Asian nations has been a predominant trend in the recent past. The region has been less affected by global trade and economic uncertainties. This buoyancy has largely been possible owing to increased trade and investment links in the Asia-Pacific region.

Asian financial markets, too, are increasingly interconnected—both on global and intraregional fronts. According to a recent report, in terms of value, Asia’s intraregional trade share in 2016 witnessed a record increase to 57.3 percent in 2016. The earlier average between 2010 and 2015 was 55.9 percent.

“Asia and the Pacific is leading a recovery in world trade that is helping the region to maintain strong growth momentum amid global economic and trade policy uncertainty,” said Yasuyuki Sawada, chief economist and director general of the Economic Research and Regional Cooperation Department of the Asian Development Bank. Cross-border banking activity in Asia has recorded a steady increase. The region’s cross-border banking claims were $4.4 trillion in 2016, up from $4.1 trillion in 2015. Japan accounted for 88.7 percent of the increase, mainly due to its higher lending to the U.S. and the EU. Moreover, Asian equity market return volatility is more likely to be impacted by global events as has been the case since 2015. This implies that Asia’s equity markets continue to remain more globally connected than intra-regionally connected. ROW = rest of the world.
Note: Asia includes all 48 ADB regional members for which data are available as of December 2016.
Source: ADB calculations using data from Bank for International Settlements.

Integration Through Tourism and Movement of People

The tourism industry in the region has seen a steady increase. Leisure travel is growing rapidly and a positive trend has been the increase in the number of tourists traveling within the region. Although Europe continues to be the destination of choice, the second largest number of travelers visited the Asia-Pacific region. The report also stated that over 70 percent of outbound Asians traveled within the region. Tourists from China increased 11.8 percent in 2015 and in keeping with the trend, 61 percent traveled within the region. The total revenue generated from tourism was an estimated $398.6 billion in 2015 marking an average annual growth of 10.1 percent. The increase in tourism has been a key binding factor in the region. However, remittances to the region witnessed the largest drop since, falling to $259 billion in 2016 from $269 billion in 2015.

Regional Integration in Asia-Pacific Versus EU

Institutional and social integration in Asia is still predominantly weak, although regional value chain and movement of people are its most regionally integrated components.