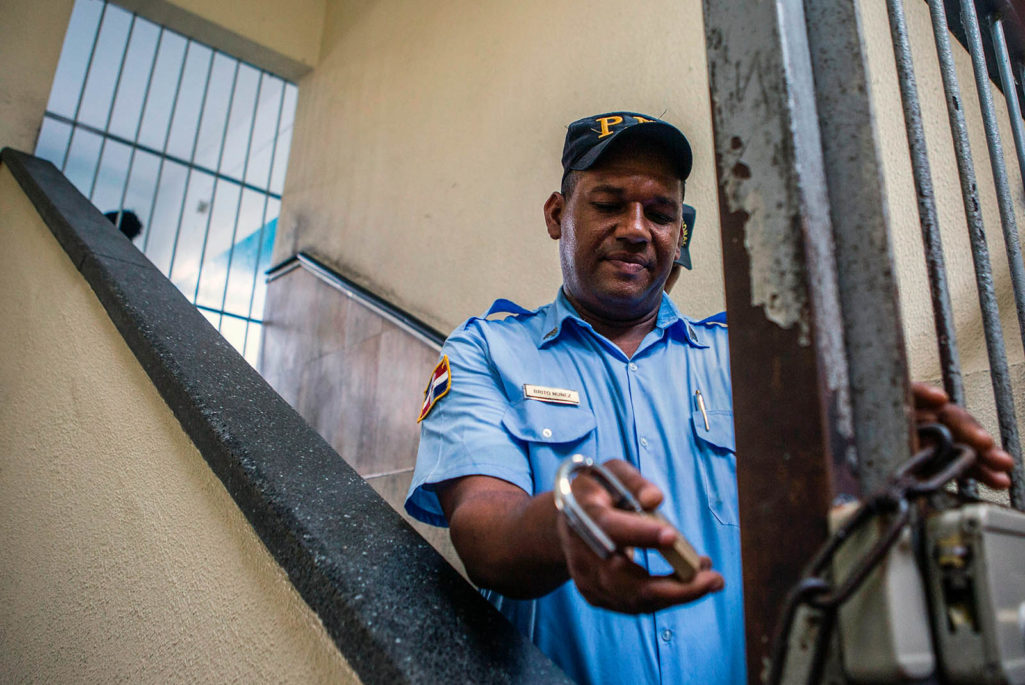 A police officer in the Dominican Republic closes the access gate to the Palace of Justice prison, where eight people, including a government minister, are being held in relation to a corruption scandal involving $92 million in bribes paid to gain contracts in the country.

The TRACE Matrix bribery report, issued by TRACE International, differs from other commonly used bribery measures in that it focuses on business bribery risk. Other indices tend to focus on general corruption issues and are “often based on perceptions,” TRACE said.

The TRACE Matrix helps companies examine the conditions underlying commercial bribery, such as the nature and extent of government interaction with the private sector; the existence and enforcement of anti-bribery laws; the degree of governmental transparency; and the ability of civil society to monitor and expose corruption.

Countries with the lower scores are less susceptible to bribery risk, according the index. “Top-level risk scores are markedly lower this year, mainly due to changes in the methodology and data inputs rather than a drop in corruption levels,” a TRACE spokesperson told BRINK. “That doesn’t mean comparison [with previous index scores] is impossible, but it should be undertaken with caution.”

TRACE modified its methodology for this year’s index to increase its robustness. The overall country score is the result of four top-level “domains”: For each of the different domains the index complies data from organizations such as the UN, the World Bank and the World Economic Forum. Using this data each country is assigned a score between one and 100, with 100 being the highest likelihood of bribery risk. Beyond the overall score, each of the four “domains” (and related subdomains) also receives a score.

The overall score is a high-level comparison tool; however, unpacking the details of the various domains and subdomains and “assessing them in the context of the firm’s own characteristics and activities” is the best way to assess the full risk in any one country, TRACE said. “In addition, businesses may wish to collect additional information when making an investment decision for a particular country,” the organization said.