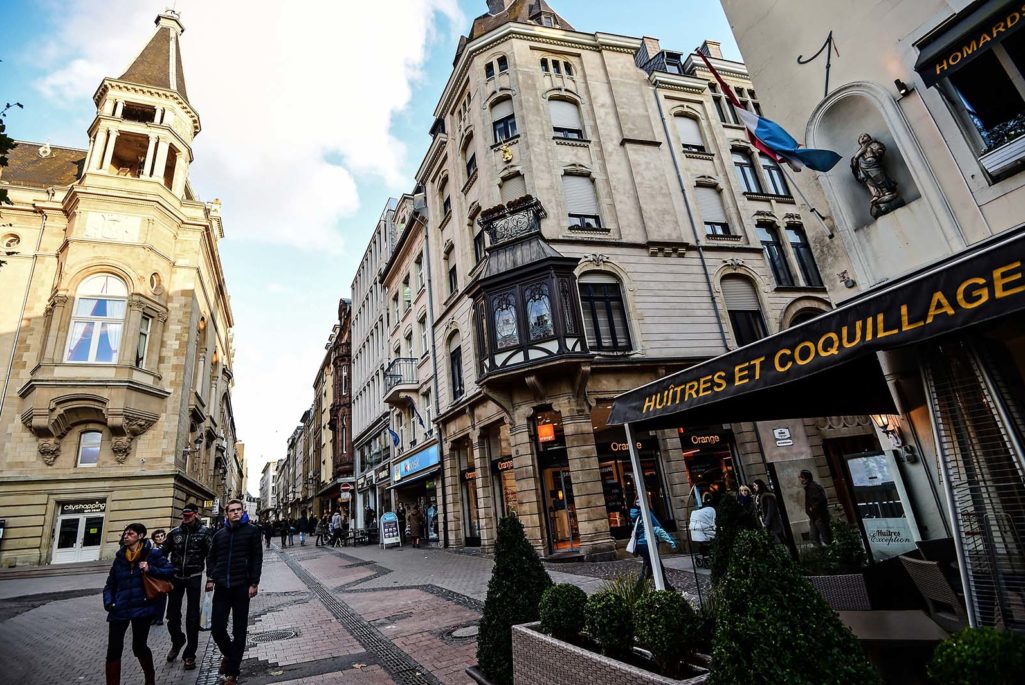 A view of downtown Luxembourg City from the Place d'Armes on November 10, 2014. Luxembourg was designated the safest city for expats and their families in the 2016 Mercer Quality of Living rankings.

Heightened domestic and global security threats, population displacement resulting from violence, social unrest in key business centers around the world—all these elements add to the complex challenge facing multinational companies when analyzing the safety and health of their expatriate workforces.

Despite recent security issues, social unrest and concern about the region’s economic outlook, European cities continue to offer some of the world’s highest quality-of-living, according to Mercer’s 18th annual Quality of Living survey. Safety, in particular, is a key factor for multinationals to consider when sending expatriate workers abroad, both because it raises concerns about the expat’s personal safety and because it has a significant impact on the cost of global compensation programs.

As a result, Vienna continues its reign in the top spot for overall quality of living, followed by Zurich, Auckland and Munich. In fifth place, Vancouver is North America’s highest-ranking city, and Singapore is the highest-ranking Asian city, holding 26th place.

The survey also identifies the personal safety ranking for the full list of cities, based on internal stability, crime figures, performance of local law enforcement and the home country’s relationship with other countries. Luxembourg tops the personal safety list and is followed by Bern, Helsinki and Zurich, all tied for second place. Baghdad (230) and Damascus (229) are the world’s least safe cities according to the ranking. The safest UK cities are Aberdeen, Edinburgh and Glasgow, all ranked in 44th place.

The survey is conducted annually to enable multinational companies and other employers to compensate employees fairly when placing them on international assignments. Employee incentives include a quality-of-living allowance and a mobility premium. Hardship premium recommendations for more than 440 cities throughout the world are included, and this year’s ranking includes 230 of these cities.

Ensuring that the needs of expatriates and their families are met wherever work takes them is an essential part of talent retention and recruitment strategies for most multinationals. Managing safety and health issues is of utmost importance, especially for employees who relocate with a family.

Here’s a look at the rankings, by global region:

Despite economic uncertainties, Western European cities continue to enjoy some of the highest quality of living worldwide; they fill seven places in the top 10 list. Vienna continues to lead the ranking and has done so in the last seven published rankings. It is followed by Zurich (2), Munich (4), Dusseldorf (6), Frankfurt (7), Geneva (8) and Copenhagen (9). In 69th place, Prague is the highest-ranking city in Central and Eastern Europe, followed by Ljubljana (76) and Budapest (77). The lowest-ranking cities in Europe are Kiev (176), Tirana (179) and Minsk (190).

European cities also dominate the top of the personal safety ranking, with Luxembourg in the lead, followed by Bern, Helsinki and Zurich, which are tied for the No. 2 spot. Vienna ranks fifth; Geneva and Stockholm are placed jointly in sixth and Copenhagen, Dusseldorf, Frankfurt, Munich and Nuremberg all share 11th place.

A number of key or capital cities do rank considerably lower, as many suffered either terrorist attacks or social unrest in the last few years; examples include Paris (71), London (72), Madrid (84) and Athens (124).

Quality of living remains high in North America, where Canadian cities dominate the top of the list. Vancouver (5) is the highest-ranking city, followed by Toronto (15) and Ottawa (17). In the United States, San Francisco (28) ranks highest for quality of living, followed by Boston (34), Honolulu (35), Chicago (43) and New York City (44).

Canadian cities all rank high for personal safety, with Calgary, Montreal, Ottawa, Toronto and Vancouver sharing 16th place, whereas no U.S. city makes the top 50. Kingston (199), Tegucigalpa (201) and Port-au-Prince (211) have the lowest levels of personal safety in the region. In 96th place, Montevideo is South America’s highest-ranking city for personal safety; Caracas (214) is the lowest.

Most North American cities remain fairly safe for expatriates. But Mexican cities are ranked relatively low, mainly because of drug-related violence. The recent increase of unemployment in Latin America and Caribbean countries, along with the economic downturn and political instability in some of these countries, explains relatively low rankings in personal safety across the region.

The vast region of Asia has considerable variation in quality of living. In 26th place, Singapore remains its highest-ranking city, whereas Dhaka (214) is the lowest. Following Singapore in Southeastern Asia is Kuala Lumpur (86). Other key cities include Bangkok (129), Manila (136) and Jakarta (142). Japanese cities rank highest in Eastern Asia, with Tokyo in 44th place. Other notable cities here are Hong Kong (70), Taipei (84), Shanghai (101) and Beijing (118).

Dubai (75) continues to rank highest for quality of living across Africa and the Middle East, followed by Abu Dhabi (81) and Port Louis (83) in Mauritius. The South African cities of Durban, Cape Town and Johannesburg rank 85th, 92nd and 95th, respectively. Baghdad (230) ranks lowest regionally and worldwide.

Only a handful of cities in this region place in the top 100 for personal safety, with Abu Dhabi ranking highest in 23rd place, followed by Muscat (29), Dubai (40) and Port Louis (59). Doha, the upcoming host of the 2022 FIFA World Cup, ranks 70th for personal safety. Regional geopolitics are highly volatile and characterized by safety concerns, political turmoil and an elevated risk of terrorism.

The lowest-ranking cities in the region are Damascus (229) and Baghdad (230), both of which have witnessed continual violence and terrorist attacks that weigh upon the daily life of locals and expatriates.

The data reveals how challenging it can be to weigh expatriate cost and risks over multiple years. When Mercer’s annual Cost of Living report is issued on June 22, 2016, an even fuller picture of the challenges facing companies that field expatriate workers will emerge.