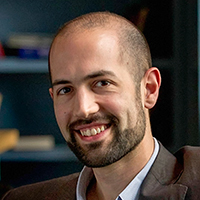 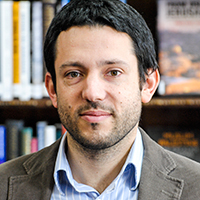 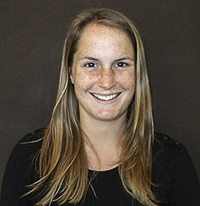 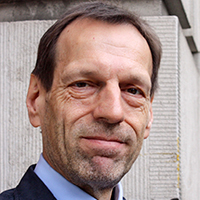 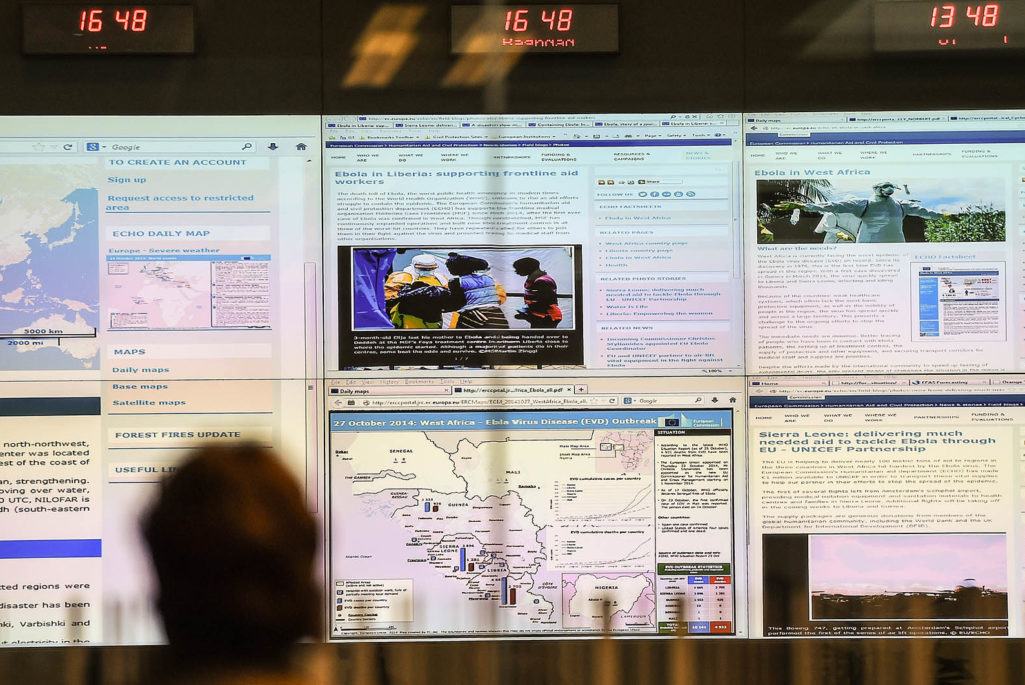 A visitor looks at screens displaying news and data related to the Ebola epidemics at the EU Emergency Response Coordination Centre in Brussels, October 27, 2014.

For the global public health community, sharing disease surveillance data beyond national borders is still not the norm. Sharing such data in the right way ensures that information is available at the right time and in the right place to inform public health decisions and actions. In the language of risk, it is the principal mitigation tool against emerging global health threats and represents the first line of defense.

The recent Ebola crisis in West Africa again highlighted the critical impact of this lack of data sharing. While the initial phase of the crisis was understandably focused on improving the coherence of the response, subsequent investigation has identified a lack of data sharing as hindering that response.

This is not an unfamiliar scenario. Since the Middle East Respiratory Syndrome Coronavirus (MERS-Cov) was first reported in 2012, there has been a lack of collaboration and indeed an outright disagreement between public health agencies and researchers over intellectual property. At least in part because of inadequate data sharing, the source of MERS-CoV and the means of its transmission to humans remains unclear.

Global Public Health Has To Make Up Lost Ground

It is still too easy to find excuses not to share surveillance data. Opposition to sharing is often based on the fear of a real or perceived loss of control, the potential for data misuse or economic and political repercussions. A well-founded concern is the unfair distribution of benefits and burdens associated with data sharing: High-income countries often request data from low-income countries where disease burden and risk of disease emergence is higher, with limited benefit to those countries providing the data.

A recent New York Times Op-Ed described how scientific studies published by European researchers in the 1980s identified Liberia to be at particular risk of an Ebola outbreak. The papers, published in European medical journals, did not include any Liberian co-authors and no one at the Liberian Ministry of Health was aware of the studies. Without respectful collaboration and the necessary resources and training for data analysis, there can be little public health knowledge retention or other tangible benefits for those who have shared data at their point of origin.

The recent Ebola crisis in West Africa again highlighted the critical impact of a lack of data sharing.

Global policies for sharing health information currently do relatively little to address these local concerns. The role of the World Health Organization’s International Health Regulations, which require all member states to report and respond to public health events, has been strongly criticized in the wake of the Ebola crisis, failing both to achieve an accurate assessment of surveillance capacity or to ensure the necessary capacity building to make up any shortfall.

Successful examples of data sharing beyond national borders do exist, often in the form of smaller regional networks set up to address specific health issues of mutual concern to the countries involved. At the global level, and despite initial attempts by China to withhold information, the 2003 SARS outbreak highlighted how sharing data in real time could be used to control an outbreak, after the WHO convened several virtual global data networks.

While most national surveillance data is held by governments rather than private entities, simply licensing data as “open” (as has become the practice in the scientific and open government communities) is unlikely to provide a viable solution. Notwithstanding the ethical issues surrounding the release of personal health data and the difficulties of anonymization, data release additionally holds both economic and political risk.

Countries can pay steep economic costs in terms of trade and tourism after reporting a public health event, and they may perceive an erosion of their political reputation as national sovereignty is compromised for the sake of the international community. As such, data can only be shared as openly as is appropriate within a specific context. Rather than focusing on open data for public health surveillance, it is transparency in data sharing that is the real requirement.

The Need for a Multi-Sectoral Approach

The Centre on Global Health Security at Chatham House is seeking solutions to these issues and producing guidance on how to create the right environment and achieve good practice in sharing public health surveillance data beyond national borders. From the start, this project has taken a multi-sectoral approach, acknowledging that many solutions are likely to come from outside of the public health community, where many sectors have embraced data sharing as a community norm.

From this multi-sectoral perspective, it has become clear that barriers to sharing are not always what they seem. To the public health practitioner, the legal landscape can appear particularly intimidating. Legally, what appears to be a complex mix of international law and national statutes and regulations covering everything from human rights to intellectual property—can be navigated with relative ease through the use of formalized data sharing arrangements. Such tools have proven most successful when they focus on a very specific context, accounting for a particular interplay of stakeholders, geography, public health scenario and data sensitivity.

In the commercial sector, the primacy of technical standards for the interoperability of systems has been at the root of data sharing for decades, to the extent that the transfer of personal data within intricate global financial systems is often hardly registered by the consumer. Here, a profit incentive has been the key driver. Elsewhere, within the global genomics community, a focus on sharing data within the relatively specific context of the Human Genome Project resulted in the acceptance of data sharing within that community as the new norm. The incentive was to make genomic data freely available in the public domain for research and development to maximize benefits to society.

It is when these clear incentives do not exist that a culture of data sharing struggles to develop. In communities where data sharing is already the norm, the expectation of sharing, combined with the community-developed technical mechanisms that make the process simple and easy, are enough to perpetuate a culture of data sharing. Precedence in the scientific research community shows that in less-developed data-sharing environments, the positive incentives for sharing must be clearly established before any sanctions can be considered as a meaningful solution.

Some issues are critical and have to be addressed for any real progress to be made: an agreed ethical framework, equitable benefits sharing and the standardization of data-sharing procedures and systems.

Data sharing should be a true collaboration between data producer and user, ensuring that both parties have equal access to and capacity to use it. There is a need for transparency, and users must be accountable for their actions. Benefits resulting from the use of the data should be shared equitably with the people or organizations that produced it in the first place. Positive incentives for sharing data have yet to be adequately articulated, particularly at the local level.

To improve the quality of data, it should be collected with sharing in mind. Any capacity building to strengthen surveillance should aim to reach commonly agreed standards, which should make sharing more effective and easier in the longer term. High-quality data production ultimately requires a skilled workforce to develop, manage and evaluate surveillance systems.

A top-down global framework for data sharing on its own is not sufficient. Regional networks attuned to their specific circumstances can often function more effectively, with less perceived risk for countries involved, and these can make a key contribution to global surveillance. Strong leadership and stewardship is required from the WHO to incentivize, develop and provide the right governance for global data-sharing efforts, and then monitor and evaluate progress.

There is little or no chance of an efficient and effective response to any public health emergency without good sharing of surveillance data. In today’s interconnected world, sharing data in a timely manner across national borders is a prerequisite for global health security.

Matthew Brack is a consultant project manager at the Chatham House Centre on Global Health Security. Previously, he worked as a project manager and policy officer at the Wellcome Trust, leading the development and implementation of the Trust’s revised data and software sharing policy.

Asha Herten-Crabb is project coordinator at the Chatham House Centre on Global Health Security. She is completing her MSc in Control of Infectious Diseases at the London School of Hygiene and Tropical Medicine and received her BA and BSc (Hons) from the University of Melbourne.

Professor David Ross Harper is the MD of Harper Public Health Consulting Limited and senior consulting fellow at the Chatham House Centre on Global Health Security. Previously, David was the chief scientist and DG for Health Improvement and Protection in the UK Department of Health and special adviser to the World Health Organization.

Anne Toomey McKenna Visiting Professor of Law at University of Richmond School of Law
URL: https://www.brinknews.com/sharing-surveillance-data-for-global-health-seeking-much-needed-improvements/
Get ahead in a rapidly changing world. Sign up for our daily newsletter. Subscribe
​​