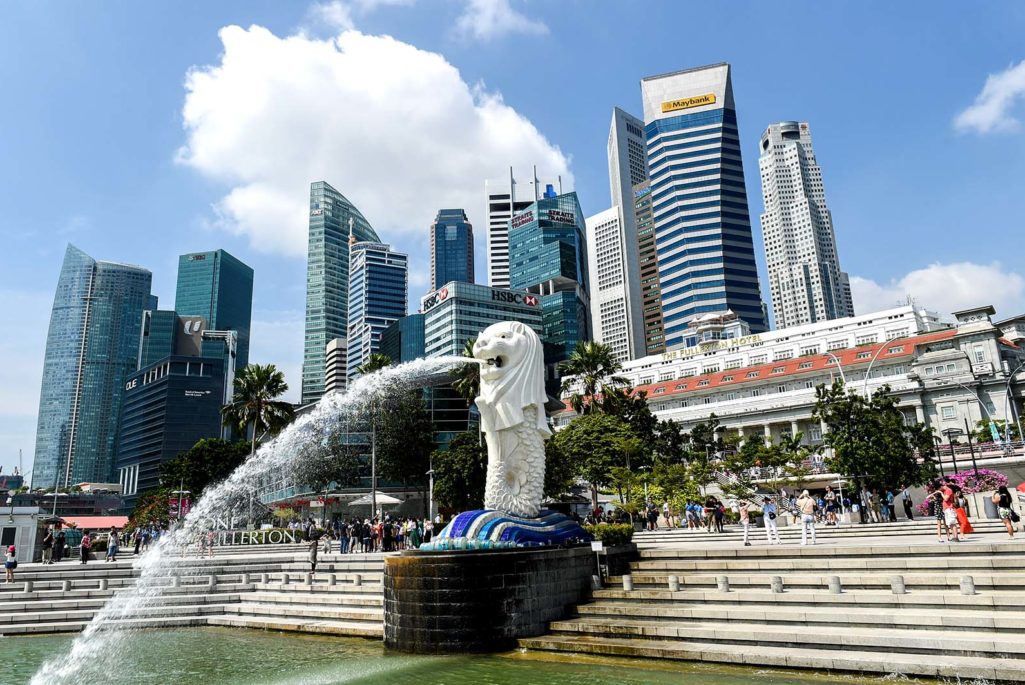 This general view shows Singapore's famous Merlion in front of the skyline of the city's financial business district. Singapore has been ranked the world’s top country in terms of cybersecurity commitments.

Singapore is the world’s top ranking country in terms of cybersecurity commitments; and while improvements in mitigating cyber risk have been witnessed globally, there is much more that governments need to do, according to the Global Cybersecurity Index 2017.

Governments worldwide recognize technical prowess as a powerful medium to ensure prosperity for their citizens, the report says, adding that increasingly, information and communication technology (ICT) networks, devices and services are critical tools in people’s daily lives. However, the report highlights that the cyber world is prone to varied security threats that can cause considerable damage.

In the world rankings, Singapore is closely followed by the U.S., with Malaysia in third place. Other Asia-Pacific countries that score well on the index are Australia (7th), Japan (11th) and South Korea (13th). Singapore. Singapore has maintained a strong cybersecurity apparatus since 2005. The Cyber Security Agency of Singapore was formed in 2015 as a dedicated mechanism against cyber threats, and a comprehensive strategy was adopted in 2016.

Malaysia. Malaysia has launched an array of cybersecurity initiatives and scored a perfect 100 on capacity building as a result. One such initiative is the government agency CyberSecurity Malaysia, which is responsible for IT security as well as providing professional training via higher education institutions in Malaysia. It also maintains the CyberGuru website, which provides professional security training.

Australia. AusCERT was founded in 1993 in Australia and is one of the oldest Computer Emergency Response Teams (CERT) in the region. Australia scored highest on the technical facet. Together with New Zealand, it offers a certification program for information security skills provided by the Council of Registered Ethical Security Testers (CREST). CREST offers accreditation, assessment, certification, education and training in cyber and information security for individuals and corporate entities.

Separately, other key Asian economies such as India, China and Indonesia were ranked 23, 32 and 70 respectively.

Broadly, the GCI is an initiative to assist countries in identifying vulnerable areas and defending against cyber threats. It also serves to motivate individual governments to improve their rankings:

Legal. Measured based on the presence of legal institutions and frameworks that specialize in cybersecurity and cybercrime.

Technical. Measured on the basis of technical institutions and frameworks that deal with cybersecurity.

Organizational. Measured based on the presence of policy coordination institutions and national strategies for development of cybersecurity.

Capacity Building. Measured based on education, training programs, and research and development initiatives. The availability of certified professionals and public sector agencies to facilitate capacity building are also requisites.

Cooperation. Measured based on the presence of partnerships, cooperative frameworks and information sharing networks.

Cybersecurity is now an integral part of everyday life, and given how interconnected networks are, the likelihood of compromise in both critical national infrastructure as well as basic human rights is significant, according to the report. Therefore, governments worldwide are “urged to consider policies that support continued growth in technology sophistication, access and security, and as a crucial first step, to adopt a national cybersecurity strategy,” the report says.

Bart Édes Distinguished Fellow at Asia Pacific Foundation of Canada
URL: https://www.brinknews.com/singapore-tops-global-cybersecurity-index/
Get ahead in a rapidly changing world. Sign up for our daily newsletter. Subscribe
​​