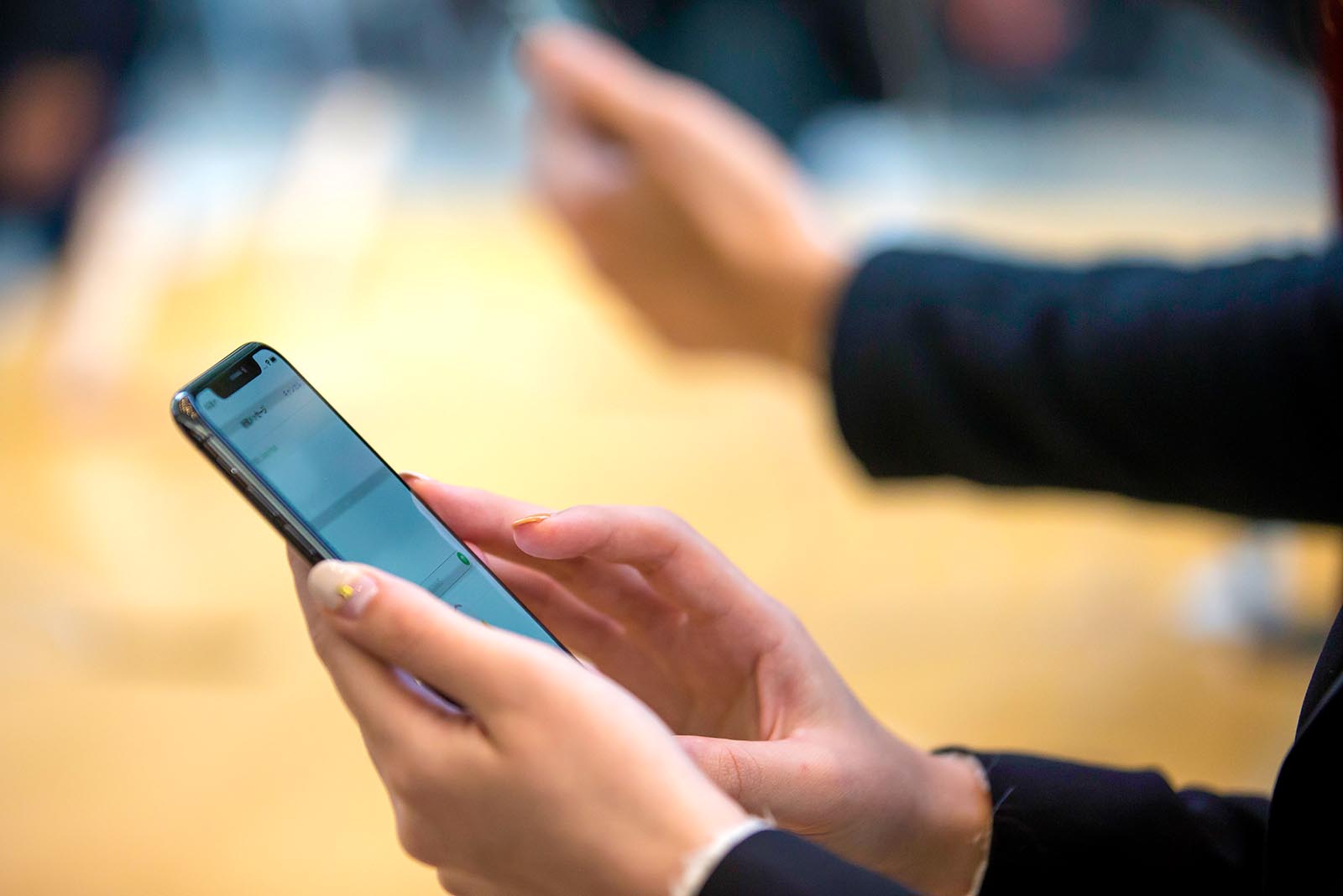 A customer tries an iPhone X at the Apple Omotesando store in Tokyo, Japan.

After a decade of spectacular growth, demand for smartphones has created a new global tech cycle. This has created a complex and evolving supply chain across Asia, changing the export and growth performance of several countries.

While our recent analysis of Chinese exports suggests that the global smartphone market may be saturated, demand for other electronics continues to support rising semiconductor production in Asia.

Smartphones Are a New Metric of Global Trade

Smartphones have become the main computing platform for many people around the world, supplanting personal computers. As this figure shows, demand for smartphones has surged, while sales of PCs have declined. This shift has led to the creation of intricate and dynamic electronics supply chains across Asia.

Data on value added by the new tech cycle is not readily available. However, OECD data on value added to GDP by the computer, electronics, and optical sectors indicates the magnitudes involved. In South Korea, computer, electronics, and optical sectors accounted for 7.4 percent of total value added in 2013. In 2012, the ratio in Japan was 2.1 percent, and in Ireland, it was 2.0 percent. The percentages probably increased substantially in years since, reflecting the new tech cycle.

Demand for smartphones is highly cyclical and related to the release of new models. Thus, production and trade in several Asian countries have become highly correlated, shaping a new tech cycle that differs from the earlier tech cycle associated with PCs.

In our paper, we show that the new tech cycle cannot be captured by standard seasonality. Instead, it depends on the release dates of Apple’s iPhones. The cycle can be subdivided into two components: The first is the pre-release cycle, with the export of components from several Asian countries to China, the producer of most smartphones. The second is the post-release cycle, with shipments of smartphones from China to the rest of the world. Both pre- and post-release cycles have a strong impact on growth and trade patterns in Asia and beyond.

Apple’s iPhone releases are the key determinant of the new tech cycle. Is the Global Market Saturated?

Our analysis suggests that this new tech cycle may have peaked in late 2015 and reached a high point in September 2015. We take into account production declines during the annual 15-day factory shutdowns for Chinese New Year.

China’s domestic smartphone market declined in 2017 for the first time, and Apple recorded a year-on-year decrease in iPhone sales in the fourth quarter of 2017. While the industry is still projecting increases in unit sales, our analysis suggests that smartphone makers may have to count on price increases to support continued revenue growth. But the Boom Continues

This tech cycle based on smartphone production has become an important driver of the global economy. While we find that the global market for smartphones may have become saturated, demand for other electronics continues to boost semiconductor production in Asia.

This piece first appeared on the International Monetary Fund Blog.

Economist at the IMF Research Department

Benjamin Carton is an economist in the IMF’s Research Department. His work at IMF covers global trade forecasting and macro-fiscal modeling, both in advanced and emerging economies. Formerly, he was an economist at the French Treasury, as well as in two French research institutions, CEPII and CEPREMAP, focusing mainly on macro-fiscal issues, commodity prices, monetary policy, capital flows and exchange rates.

Joannes Mongardini is a deputy division chief in the IMF’s Research Department. At the IMF, his work to date has covered a wide range of countries—including Benin, Colombia, Egypt, Estonia, Jordan, Lebanon, the Republic of Congo, and Swaziland—and policy issues, like exchange rates, macroprudential policy, and regional integration. While on leave from the Fund, Mr. Mongardini worked for two years as chief economist for Qatar National Bank in Doha, Qatar.

Yiqun Li is a research assistant in the IMF’s Research Department. At the IMF, his work includes maintaining and updating the database for RESEM GPM team as well as monitoring East Asian countries on demand.