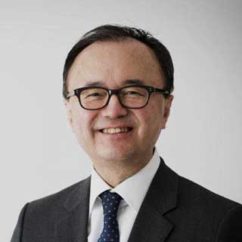 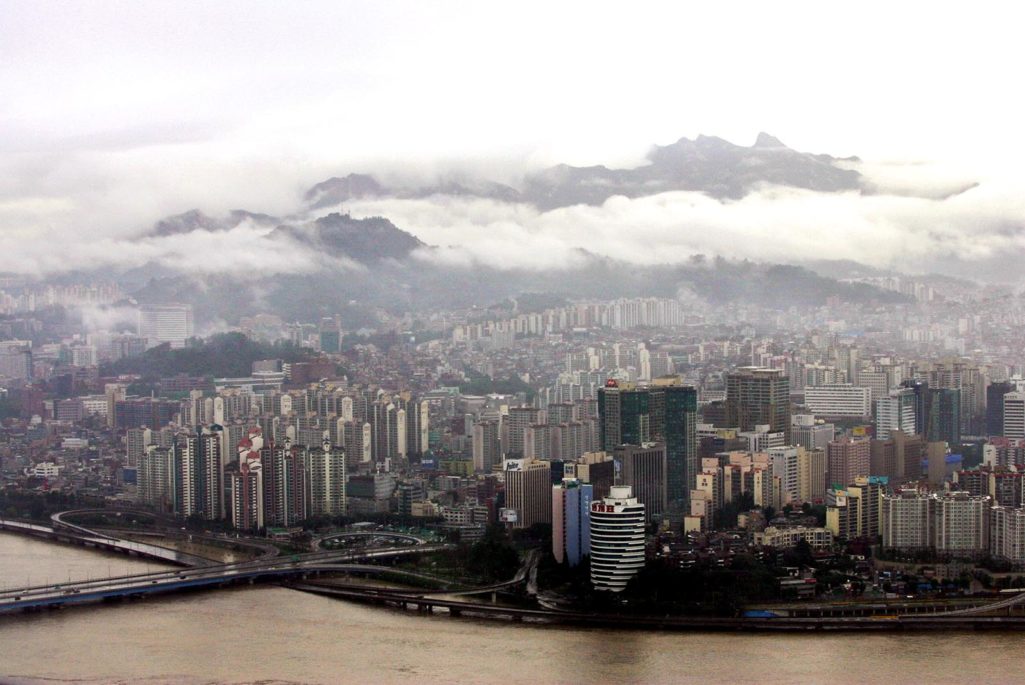 The South Korean capital Seoul is covered by low cloud during a torrential rain storm on July 16, 2006 in Seoul, South Korea.

For many in South Korea, the Brexit vote last summer seemed an unexpected but manageable wave washing up on the shores of the country’s global risk landscape. This was followed by Donald Trump’s win in the U.S. presidential elections, which seemed to bring a bigger, second wave with greater impacts for Korea on issues ranging from trade to defense.

Even with these waves growing in intensity, very few in Korea were prepared for the locally originating tsunami-like third wave that hit the country in the form of the Choi Soon-sil presidential scandal. What started as a minor political event has thrown Korea into a state of upheaval—revealing deep fractures across its social, political and economic lines—and culminated in the impeachment and subsequent removal from office of President Park Geun-hye, a first for the country.

The cumulative result is a perfect storm of risks confronting Korea.

While the three waves each have different characteristics, there are also striking similarities in the fundamental “risk fault lines” that have accumulated in the past 30 years, leading to increased vulnerability to risk across social, political, geopolitical and economic issues. For Korea, as in other developed countries, the process has evolved from rapid initial economic success to slowing growth, to growing inequality, to political mistrust and polarization, to social upheaval and finally, to policy stagnation.

Owing to these domestic and global developments, Korea is currently faced with a series of challenges of varying levels of intensity. Chief among them are:

Slowing economic growth and increasing youth unemployment, coupled with high levels of debt across households and the corporate and government sectors. Youth unemployment in Korea reached a record high 8.2 percent in November last year, up from the unadjusted jobless rate for people aged 25 to 29 of 7.4 percent a year ago, and the highest in comparable data since 1999.

Demographics. Among developed countries that are members of the OECD, Korea has the fastest-aging society. A Korean worker’s average age, for example, is expected to be 50 in 2045, the highest in the world at that time. Similarly, Korean women’s life expectancy is projected to hit 91 years by 2030, again the highest in the world. The problem of aging is compounded as government social and health-care-related spending is constrained owing to a high fiscal deficit.

Chaebol dominance, growing inequality and related tensions. Chaebols—large, family-owned or -dominated business conglomerates—continue to dominate the Korean economic landscape. As economic inequality in the country has increased, public sentiment toward these conglomerates has deteriorated and led to an “economic democracy” movement, calling for corporate governance reform that restricts the power of the chaebols.

Given the scale of the challenge, it’s the time for Korea’s government, conglomerates and society to work together.

Headwinds to exports. Growing fears around trade protectionism globally, particularly given the new U.S. administration’s policies and proposals, and other headwinds to exports emanating from subdued global economic growth, are also a risk for Korea’s economy.

Geopolitical risk. Given recent developments around North Korea and continued missile tests, security risks in the region have heightened.

Not only are these individual risks themselves formidable issues for policymakers to manage, but they are compounded by the fact that they are interconnected in a complex system with often unexpected and self-reinforcing impacts on the economy and society.

These risk factors have been building up for a number of decades, resulting in increased vulnerability. A simple analogy would be years of bad eating habits and a lack of exercise leading to diabetes and high blood pressure, with no quick fix, and the need for difficult and long-term lifestyle changes with increased vulnerability to other chronic illnesses. That is the position Korea finds itself in at this moment.

What can Korea do?

Given the magnitude and complexity of this risk outlook, there is an urgent need for Korean policymakers to take certain steps.

First, there is a need for much deeper and broader understanding of these issues, how they are connected to one another and what the historical background is. Following that, there is a need for risk identification and risk management. One way to do this is through the development of a formal, apolitical and nonpartisan advisory or consultative body comprising academia, think tanks, policy research institutes, policymakers, corporate and civil society representatives. Such a body should study the major headwinds both in Korea and globally. It can act as a moderator to drive policy discussions within a set of guiding principles to ensure that the policies articulated are meaningful.

Second, policymakers need to acknowledge the difficulty in addressing these risks and that there are potential dangers associated with quick and easy solutions. This is because quick fixes for one problem could quite easily exacerbate another. One example is the debate around increased social welfare spending versus the need for fiscal discipline against the backdrop of increasing government debt levels. Another is the debate over the continued easy monetary policy, especially for personal and mortgage loans, versus very high household debt levels with slowing personal income growth in an environment of potentially tightening global interest rates.

And third, there needs to be a broader call for all stakeholders in Korea to come together once again, as they did so successfully following the Korean War, to meet these challenges. Progress on the first two steps would then assist in stakeholders coming to the table with:

Given the scale of local and potential global challenges, this is a particularly tricky time for Korea—it is also a time for the Korean government, conglomerates and society to each play their part in helping negotiate the road bumps that lie ahead, at least in the short- to medium-term.

Given all that Korea has managed to achieve economically, politically and socially during the past 50 years, the country can—and should—once again dig deep to face adversity and demonstrate its ability to overcome it.

David D. Kim is the executive vice president of Marsh Korea and the Korea leader for MMC Advantage. Kim was formerly a visiting professor at the Yonsei University Graduate School of Business lecturing on the global economy and financial markets. He has over 25 years of experience in the insurance and risk sector with Marsh, Ace Insurance Company and Morgan Stanley.