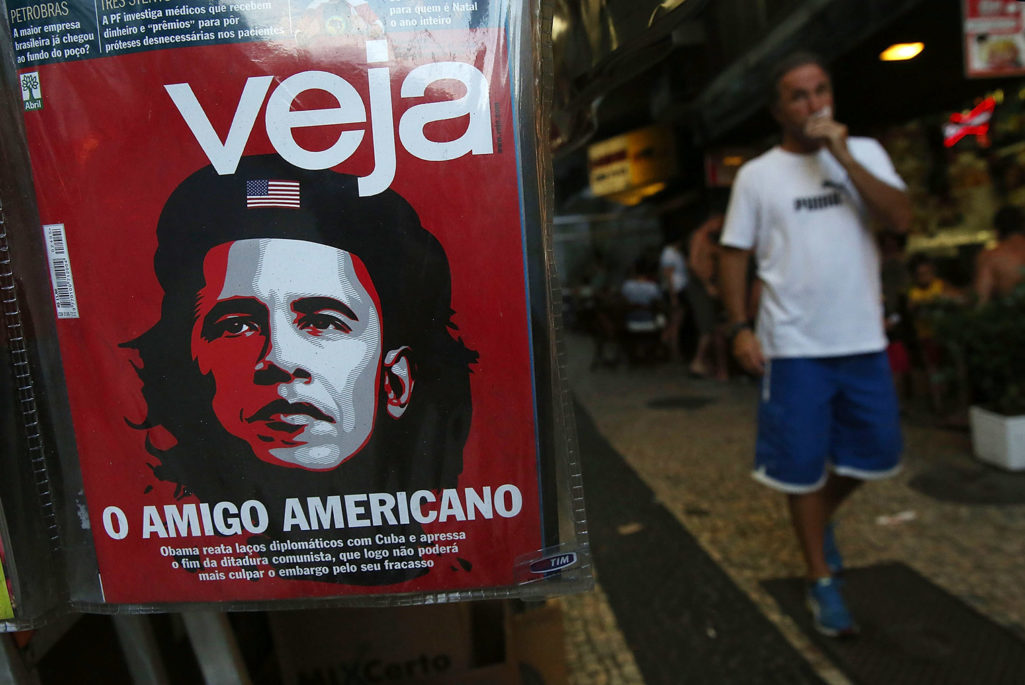 With President Obama reinstating diplomatic ties with Cuba this month after more than 50 years of embargo, Cuban small businesses may soon be able able to flourish with stronger ties to South Florida and regional economies in the U.S.

But the implications are broader than small business growth, said Julia E. Sweig, director of Latin American Studies at the Council on Foreign Relations. The biggest consequence of repaired relations with Cuba will be a diplomatic evolution between the U.S. and the rest of Latin America.

“Obama repeatedly, I think, underestimated the importance of the symbolic importance to Latin America of Cuba, and came out with sort of small steps or no steps at all and was very dismissive of that,” Sweig said in an interview with reporters. But Obama’s attitudes changed, she noted, after the 2012 Summit of the Americas in Cartagena.

Obama realized we should “not have this kind of left-right divide and the loss of Latin America be one of the president’s legacy. And the pathway to fixing that is through Cuba,” she added.

In Venezuela for instance, where the government has financially supported Cuba for decades and former president Hugo Chavez called Obama a “clown and an embarrassment,” the announcement of normalized U.S.-Cuban relations seems to offer a change in perspective.

“We have to recognize the gesture of President Barack Obama, a brave gesture and historically necessary, perhaps the most important step of his presidency,” Venezuela’s president Nicolás Maduro said in a statement.

And in Brazil, whose president Dilma Rousseff had a previous stint as a Marxist guerilla in her youth, the sentiment of support was similarly effusive.

“For us, social fighters, today is a historic day,” Rousseff said in a conference. “We imagined we would never see this moment.”

But significant changes in U.S.-Cuba relations, as well as developments on the island itself, won’t materialize overnight. We may have a better sense of the pace of change after this year’s Summit of the Americas in April, around which Obama likely timed his decision on Cuba, Sweig said.

Biggest consequence of repaired relations with Cuba:  diplomatic evolution between the US and rest of Latin America.

“I think this president is going to get an enormous amount of support from most of the states in Latin America, so by the time we get to Summit of the Americas, you’re going to have a very different vibe there than we’ve had for the last two years,” she said. “But I don’t think that we’re going to see broad scale American investment on the island the day after tomorrow.”

For Cubans living in the United States, the news of thawed relations has come with some confusion and a general mixed bag of praise and disapproval. For those Cuban-Americans who were exiled from their home country after Castro’s rise, they see Obama’s efforts to reinstate diplomatic relations as naïve—ignorant to the threatening communist regime that still clings to authority on the island. But for other Cubans in the U.S., the decision to lift the embargo opens a door to possibly reform the governmental framework of their home country.

“Even Cuban Americans who for many, many years voted Republican, were staunchly anti-Castro, and vowed never to go back to Cuba with the Castros in power are now feeling and voicing and acting on the notion that they want to participate in Cuba’s future,” Sweig said. “I’m not talking about multiparty democracy, but I am talking about the pulling back of the Communist Party from government, the receding of ideology, the attempt to create a well-functioning mixed economy to have a more open society.”

Obama’s announcement to normalize diplomatic relations with Latin America’s communist stronghold has not only generated praise from neighboring countries, many of which have flirted with communism or engaged in meaningful trade interactions with Cuba over the years, but also promised healthier economic relations with Cuba and the U.S.

“All of that [progress] will happen better and faster with the normal economic and political and diplomatic relationship with the United States,” Sweig said. “I think that’s the major calculus.”