The Four Pillars of Corruption and How to Topple Them 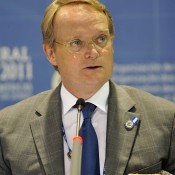 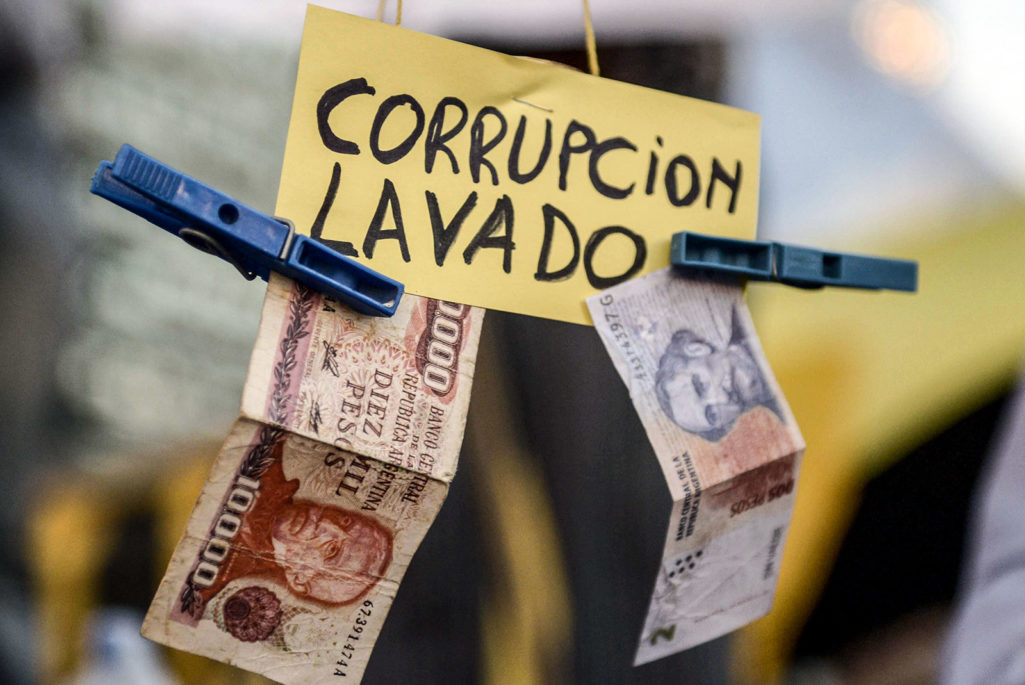 View of a sign on April 18, 2013 reading 'Corruption, laundering' during a protest against the government of Argentine President Cristina Fernandez de Kirchner near the Obelisk in Buenos Aires.

The single greatest factor in determining the legitimacy of leaders, governments and institutions (whether public, private or non-profit) is probably the amount of confidence citizens have in them. Corruption, or even the perception of corruption, erodes this trust. It not only undermines democracy and the rule of law but is corrosive to formal economies and the lives of individuals, while simultaneously promoting crime and the illicit economy.

Although corruption is far-reaching and all-encompassing, it disproportionately affects the poor and the developing world, diverting funding and investment from the people and areas that need it most. It therefore directly affects the stability, security and development of societies and states. For these reasons it was an important topic of discussion at the recent World Economic Forum on Latin America, held in Mexico. It was the particular focus of an interactive session I participated in, titled Expanding the Light, which examined initiatives by the public and private sectors to increase transparency in Latin America.

The growing interconnectedness of economies, states and people means that corruption is a truly transnational phenomenon that links to other illegal activities, such as the drug trade and organized crime. A comprehensive and multidimensional approach that bridges countries, sectors and actors needs to be implemented to prevent and disrupt corruption at all levels and in all forms.

To successfully combat and prevent corruption, focus must be put on what I call “the four pillars of corruption” and their relationship with one another:

Of these four elements, the last—tolerance—is the most difficult to target and eradicate. This is due to the fact that it cannot be codified and so few conventions actively address it. In many countries and communities, corruption is an established and accepted part of the culture, and a standard daily practice.

To effectively eliminate corruption, specific vehicles and policies are needed that intersect these four points, aligning with the concept of a comprehensive and multidimensional approach that involves both public and private sectors. The Forum’s Partnering Against Corruption Initiative, a partnership of more than 100 companies, is a strong example of private-sector involvement, and is currently one of the leading global business voices on anti-corruption and transparency. It works with business leaders, international organizations and governments to address corruption and set the agenda. But the private sector needs help; it needs involvement by civil society and policies that promote awareness and eliminate impunity through functioning justice systems.

Recognizing the significant connection between criminal activities, the Forum’s Meta-Council on the Illicit Economy seeks to strengthen the multistakeholder approach to corruption. It advocates public-private collaboration, as well as the engagement of all relevant actors, as an essential component in addressing the issue. It also strives to enhance public awareness about corruption, along with other aspects of the illicit economy.

In the international arena, anti-corruption conventions by the United Nations and Organization of American States actively pursue many of the aspects outlined above, promoting international cooperation and focusing on both the public and private sector to prevent and eradicate corruption. To raise awareness and disrupt existing norms the United Nations Convention Against Corruption (UNCAC) promotes “the active participation of individuals and groups outside the public sector—such as civil society, non-governmental organizations and community-based organizations.” The OAS’s Inter-American Convention Against Corruption, like UNCAC, also encourages states to adopt the necessary legislation to ensure laws are upheld and corruption punished in the courts, shedding notions of impunity.

While such conventions are crucial in the fight against corruption, there must be a comprehensive and multidimensional approach that includes cooperation and active engagement from international organizations, national governments, civil society, the private sector and individual citizens. Such a multistakeholder approach that targets the corrupters, the corrupt, tolerance and impunity, and how each are linked, will have the knowledge, strength and reach to prevent and eliminate widespread and rampant corruption all over the world.

Secretary of Multidimensional Security at Organization of American States

Adam Blackwell is Secretary of Multidimensional Security at the Organization of American States.