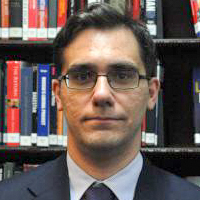 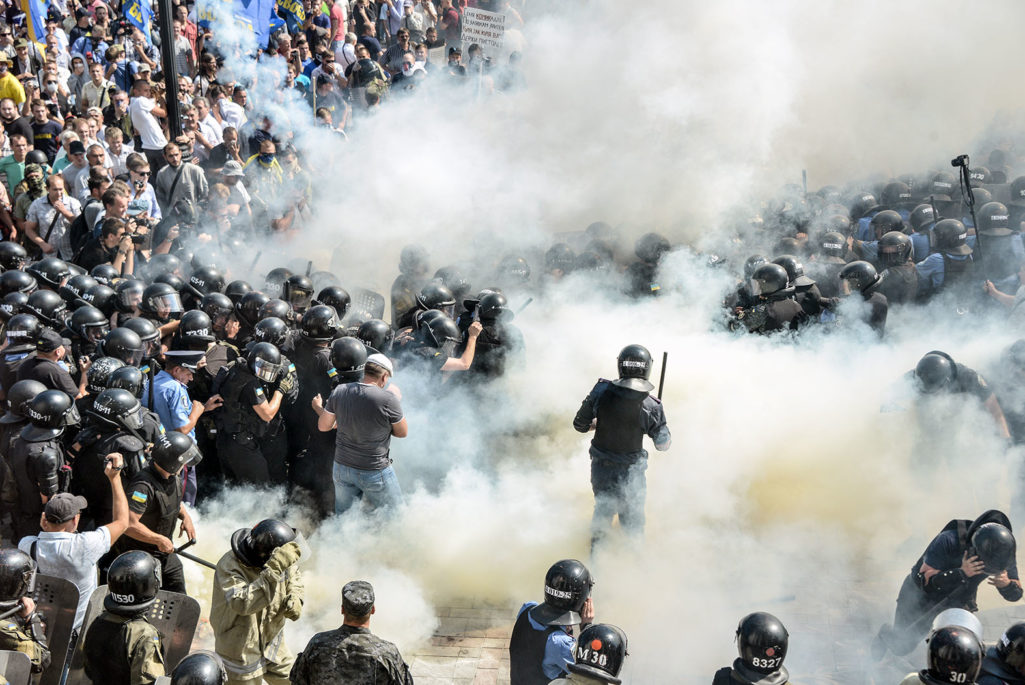 Smoke rises near the parliament building in Kiev as activists of radical Ukrainian parties, including the Ukrainian nationalist party Svoboda (Freedom), clash with police officers on August 31, 2015.

From the euro to Ukraine to migration, crisis has become the new normal for Europe.

Across the EU, mainstream political parties are embattled due to underperforming economies and mounting cultural concerns that feed the rise of old and novel populist parties and movements. The EU decision-making system is bottlenecked and popular frustrations rise.

How did it come to this? And is there an end in sight?

The EU’s inability to respond to internal and external challenges is an inescapable function of its governance system, and particularly the prevalence in the last 25 years of hybrid policymaking structures that leave a major part of decision-making and implementation to the voluntary coordination of national governments. In the same period, the EU embarked on an enlargement project that more than doubled its membership.

As a result, EU policymakers are trapped today in an impossible trinity of conflicting demands: centralization and effectiveness of crisis management, accommodation of the diverging preferences of 28 member states and democratic legitimation of commonly agreed-upon policies. Only two of these demands can be met at a time, even though external challenges can be effectively tackled only if all three are satisfied.

Centralization on a pan-European scale means eschewing proper democratic control, at least of the kind most European citizens are comfortable with. Satisfying the demand of democratic scrutiny in a union of 28 means less centralized decision-making and ultimately less effectiveness. And pushing through institutional and political centralization means moving forward with only these countries that are similar enough economically and socially to form a de facto federation.

Each of these options is severely problematic on its own, precisely because all the demands of the impossible trinity are essential (practically and normatively) for the success of the European project. As a result, the best the EU can do is muddle between them on a case-by-case basis.

After the end of the Cold War, European elites decided to promote integration in areas close to the core of national sovereignty—chiefly monetary policy, but also non-economic areas such as border control and foreign policy. Market liberalization and harmonization were already governed by a supranational system, whereby the Commission acted as a government, a directly elected European Parliament voted in laws and a European Court of Justice issued directly applicable rulings.

But member states were reluctant to accept such an arrangement in more sensitive areas. Instead, the EU established a parallel system of coordinating national policies and intergovernmental decision-making without supranational means of implementation and enforcement. At the same time, security concerns and a sense of historical responsibility urged the EU to consider enlargement toward post-communist countries.

In 1991, the blueprint for a common currency was adopted. Even if member states accepted to yield monetary policy to a new European Central Bank, fiscal policy remained the responsibility of national governments. This was analogous to the model already used in the Schengen system for the free movement of people and protection of external borders. Hybrid forms of governance were probably the only way to promote integration, given the varying preferences of the 12 member states of the EU in the early 1990s. But this arrangement was problematic from the outset.

First, by leaving decision-making and implementation to member states, it ensured that decision-making would become even more complicated when new members joined; EU membership has doubled since the 1990s, from 12 members in 1991 to 28 members today. Eurozone membership has expanded from 12 in 2001 to 19, and Schengen membership has grown from its initial five in 1985 to 26 countries (including four not in the EU).

Second, the hybrid form of the new governance structures meant that responses to exogenous emergencies would be slow to arise. It also meant that if further centralization of decision-making were needed to face up to exogenous challenges, it would have to depend on the assent of national governments.

At the same time, the perception among European citizens grew that national sovereignty was steadily being diluted. Discontent with European integration reflects a fear of political powerlessness and degradation of narrower (national or regional) identities in an ever-expanding and ever-integrating EU. As European integration has encompassed functions that are symbolical of national sovereignty and has spread to the outer reaches of the continent, it has become increasingly difficult to explain to citizens why national polities have to succumb to regulations dictated by distant supranational bureaucracies or decisions made in conjunction with two dozens other countries.

Based on the above, one can see the euro, Ukraine and migration as crises of Europe’s hybrid governance structures (Eurozone, Common Foreign and Security Policy, Schengen) in a context of vastly expanded EU membership and mounting concerns of European voters.

Constrained by domestic politics, Eurozone governments eschewed policies of centralization (Eurozone budget, pooling of debt, etc.) that were essential for overcoming the economic crisis. In the face of Russian aggression in Ukraine, EU member states struggled to come up with a common response (sanctions) and the sustainability of their common position against Russian divide-and-rule tactics, which are easier against a diverse Union of 28 members, is in doubt.

Finally, migration was a deleterious public discourse issue long before a million refugees overran Europe’s borders. The failure of the Commission’s “mandatory” relocation scheme and the race to erect border fences in the Balkans shows the limits of intergovernmental coordination in the face of external emergencies.

Aggressively pushing through more centralization on a pan-European scale would engender reactions across the EU.

The need for more centralized and effective decision-making, the commitment to expand stability and prosperity to the whole of Europe and the obligation to subject all decisions to popular legitimation combine to form this “impossible trinity” for European governance. In theory, the EU can satisfy only two demands at a time. But even if it decided to move forward with any of the three available options, it would encounter even more severe challenges than the ones it faces today.

As a first pair of options, aggressively pushing through more centralization of decision-making on a pan-European scale would almost certainly engender reactions across the EU. The EU’s legitimation problem would become explosive. It would strengthen populists in opposition and in government, like those who are currently challenging the legality of the refugee relocation scheme because it was imposed on them by a qualified majority of the other member states.

The second pair of options—scaling down integration and increasing the role of national democratic oversight mechanisms—sounds reasonable, given the multiplicity of interests in today’s EU and citizens’ instincts. But any such increase of input legitimacy (citizens feeling more empowered and decision-makers more accountable) would be offset by a collapse of the output legitimacy of a Union completely blocked from implementing effective solutions to big-scale problems.

The third pair of options is limiting deep integration to a core Europe made up of a handful of Western European countries with similar political, economic and social outlooks; as such, integration would be easier to implement and political decisions would be taken closer to citizens.

In reality, however, retreating to the geographical origins of European integration of the 1950s would mean forsaking the EU’s main strategic accomplishments of the last three decades: extending democracy and stability to the Mediterranean and post-communist parts of Europe. Even if there is sometimes talk of “core Eurozone” or “core Schengen,” these are mostly negotiating tools to strong-arm troublemakers and laggards in times of crisis, not serious alternatives.

The EU finds itself trapped between the conflicting demands of policy effectiveness, its historical mission to spread stability across the whole of Europe and democratic legitimacy. The hybrid governance structures devised in the 1990s, combining deep integration with a reliance on intergovernmental coordination, foreshadowed and then exacerbated the friction created by the impossible trinity.

Crisis can never be the permanent equilibrium for any system. But the impossible trinity only offers alternatives that imply varying degrees of destabilization in the immediate future: popular revolt, institutional stagnation or territorial fragmentation of the EU.

The EU has little choice but to continue muddling through crises, putting forward advanced collaborative solutions in response to external challenges that are then being diluted by national and popular reactions. Given the alternatives at hand, this is as good as it gets.

Academy Associate Fellow at the Europe Programme of Chatham House

Angelos Chryssogelos is National Bank of Greece postdoctoral fellow in the Hellenic Observatory of the LSE and an Academy Associate Fellow at the Europe Programme of Chatham House. He has worked for the Netherlands Institute for International Affairs Clingendael, the Martens Centre for European Studies, and the University of Limerick as lecturer in European politics. His academic publications include articles for European View, Southeast European and Black Sea Studies, and European Foreign Affairs Review; and book chapters for volumes published by Routledge and Nomos.

Kate Higham Coordinator for the Climate Change Laws of the World Project at The London School of Economics
URL: https://www.brinknews.com/the-impossible-trinity-of-eus-governance-crisis/
Get ahead in a rapidly changing world. Sign up for our daily newsletter. Subscribe
​​