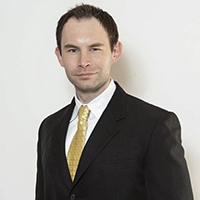 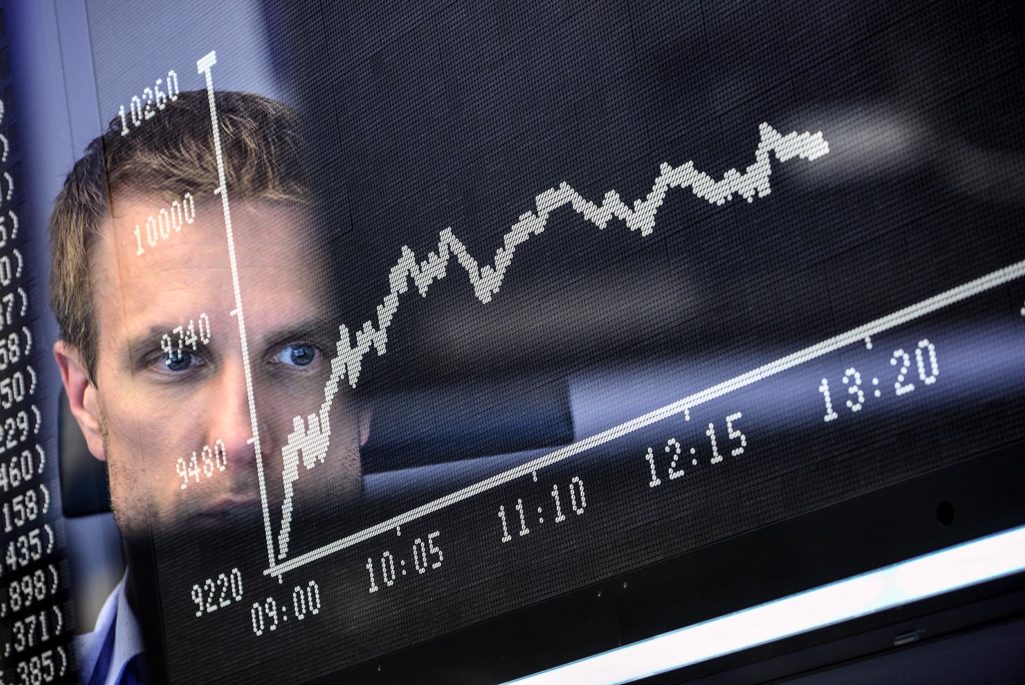 A trader sit at his desk under the day's performance board that shows a dive in the value of the DAX index of companies at the Frankfurt Stock exchange the day after a the UK voted in favor of leaving the EU. Many prominent corporate CEOs and leading economists have warned that a Brexit would have strongly negative consequences for the British economy and repercussions across Europe as well.

With the ascension of Theresa May to Prime Minister-in-waiting, it looks like the United Kingdom is on its way to resolving the political crisis in the wake of the Brexit referendum.

Where do you locate your staff? For tax or immigration purposes, it may be more attractive to relocate at least some from England to Europe. If so, then where? France? Germany? Scotland, assuming it leaves the UK?

With whom do you do your banking? It may make sense for banks to leave London, or multinationals to leave their banks in England. Does switching a key banking partner to one located in Paris, Geneva or Frankfurt make more sense?

Where do you locate your core finance and payments processes? Do you leave them in England or move them to Europe, even if most of your business is in the former? Are you comfortable with a scenario in which your main bank partner is in Frankfurt, your payments processing center in the Netherlands, your finance team in Geneva and the bulk of your customers in England?

These logistical questions don’t just cut to the heart of corporate treasury and finance in Europe post-Brexit; they are about the future of business in Europe.

“If you have not thought through the impacts of a Brexit before and got a plan in place, it’s certainly something you need to do now,” said Hugh Davies, a director at Zanders Treasury and Finance Solutions in London.

Here’s a look inside three companies and what their finance executives are wrestling with in the immediate post-Brexit environment.

For Marsh McLennan, the impact is twofold. The professional services firm has a large presence in the UK; it is actually its second biggest market outside of the U.S. (Full disclosure: MMC is a partner with Atlantic Media Strategies for BRINK.) Further, one of MMC’s core businesses is risk and insurance brokering services and London serves as one of the world’s largest hubs.

“Brexit is going to impact London as a financial and an insurance hub for years to come,” said Ferdinand Jahnel, certified treasury professional, vice president and treasurer for MMC and a member of the Association for Financial Professionals board of directors. “So that’s something I’m thinking about right now.”

‘Brexit is going to impact London as a financial and an insurance hub for years to come.’

While the longer-term consequences of Brexit are still unclear, as MMC goes into its next budget cycle and plans out its business for 2017 and beyond, corporate leadership will have to factor in likely negative changes to the British economy. Jahnel doesn’t foresee a scenario in which his company dramatically reduces its presence in the UK, but he does acknowledge the possibility that “some of the resources we use on the insurance side could wander off to other parts of Europe.”

He also sees the same thing likely happening with banks; while most financial institutions will continue to have a presence in the UK, many could decide to move people elsewhere. “Even UK-based banks like Barclays will think twice going forward; they’ll go where the growth is coming from,” Jahnel said.

Brexit also has implications for cash–pooling structures, a topic already on treasurers’ minds with the U.S. Treasury Department’s proposed update to section 385 of the IRS tax code.

“We have an efficient, global, multi-currency cash pool in place, and we will have to look at the structure of it,” Jahnel said. “I strongly hope that cash pooling continues to survive in some way, shape or form, because it’s the most efficient way for multinationals to manage money globally.”

Jahnel is particularly concerned about notional pooling, with the value of foreign currencies plummeting against the dollar. “That has a negative impact on available liquidity in the pool as the value of the pound deposits are worth less today than they were worth [before the vote],” he said. “That doesn’t have an accounting impact but from a translational value perspective, it negatively impacts us. We have a weaker dollar right now, but in times of crisis, the dollar always strengthens.”

AFP chairman Anthony Scaglione, CTP, executive vice president and CFO of ABM Industries, does not see Brexit having a major impact on ABM, as his organization has a relatively small presence in the UK. His concerns are primarily in the near-term, due to all of the volatility in the markets.

“Short-term, the [foreign exchange] volatility on our results in the UK as they translate back to the U.S. is something that we’re watching,” Scaglione said. “But we’re somewhat insulated from the impact, given that our business is smaller in the UK. So I think we’ll withstand that externally pretty well.”

As for any longer-term impact, ABM provides facility management services at Heathrow Airport, a major hub for people traveling to and from Europe. Could Brexit ultimately lead to business travelers bypassing Heathrow altogether? “The impact there is a little harder to quantify,” Scaglione said. “There might be an immediate-term boost in retail travel, with the pound being cheaper. But longer term, it’s hard to say whether business travel will be impacted by Brexit.”

Like Jahnel, Scaglione noted that the biggest impact Brexit could have on many companies is in budgeting and forecasting. Therefore, it may be a bigger headache for financial planning and analysis (FP&A) departments than treasury functions.

“It is going to be a challenge for FP&A,” Scaglione said. “We’ve been talking internally about how we’re going to plan for next year—how we’re going to update our long-term forecast, how the exchange rate and uncertainty plays into our acquisition strategy or whether we take a wait and see [approach], etc. I can only imagine, if you have large operations in the UK and Europe, what questions you may have about the long-term impacts to your business and how to model that from a planning standpoint.”

For Jordan Krugman, CTP, treasurer for Invesco and also an AFP board member, Brexit is certainly an important issue; 25 percent of the asset management company’s revenues are derived from clients in the UK.

“Despite the fact that we have separate operating entities, fund ranges, sales forces and have hedges in place to protect 75 percent of our pretax profit, stocks of financial services firms that operate in the UK and Europe, or have exposure to the region, have been hit especially hard post-referendum,” Krugman said.

Fortunately, Invesco did its due diligence and was as prepared for the impact as it could be. “From a volatility perspective, we have remained diligent on expense management since the end of 2015, so the event itself is not triggering any incremental expense controls, but rather reaffirming the procedures and programs that were put in place over six months ago,” Krugman said.

As for Invesco’s corporate clients, Krugman noted that the majority of them are reacting “coolly,” reevaluating their asset allocations in light of the vote, but not making decisions erratically. Looking ahead, he is unsure of the long-term impacts, but suspects that if a second referendum does happen and the majority of Brits vote to remain, the volatility and confusion in the markets would likely also remain.

Andrew Deichler is the editorial manager for the Association for Financial Professionals (AFP). He produces content for a number of media outlets, including AFP Exchange, Global Treasury & Finance Insights, and Treasury & Finance Week. Deichler regularly reports on a variety of complex topics, including payments fraud, emerging technologies and financial regulation.

Alan Shipman Senior Lecturer in Economics at The Open University
URL: https://www.brinknews.com/the-long-tail-3-finance-execs-discuss-the-brexit-implications/
Get ahead in a rapidly changing world. Sign up for our daily newsletter. Subscribe
​​