Is Presidential Polling Positioned to Bounce Back in 2020?

October 26, 2020 An Altamar podcast interview with 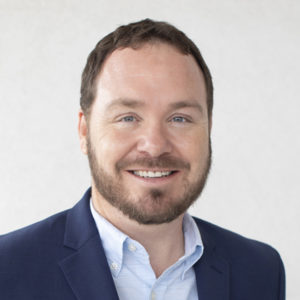 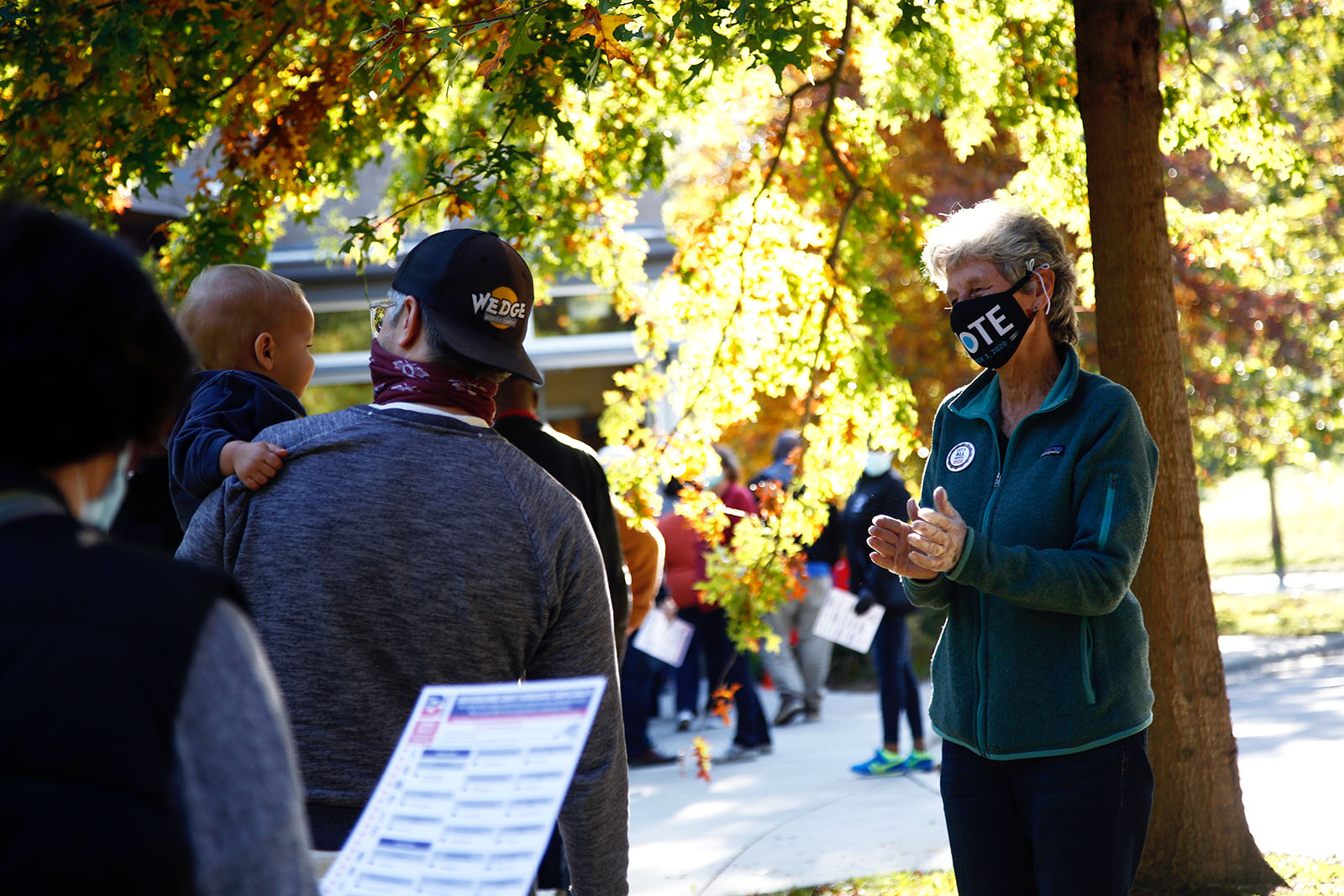 A volunteer speaks with voters waiting in line to vote at a polling place in North Carolina. Polls throughout 2020 have reflected a surprisingly stable U.S. presidential race.

The upcoming United States presidential election will have massive repercussions for the U.S. and around the world. Everyone is looking at the polls — but can we trust the numbers?

The 2020 election is nearing its grand finale during one of the most challenging times in history. The choices point to vastly different paths for the United States as a geopolitical player, an economic engine and the custodian of global security. With the stakes so high, the world is watching the polls ahead of November 3.

But are the numbers to be trusted? After 2016 polls wrongly predicted a Hillary Clinton victory, people today are more skeptical than ever of forecasts. Today’s chaos makes it harder to predict results amidst a pandemic, with unprecedented levels of early voting, mail-in ballots, flaws in the postal system, social media atmospherics and foreign disinformation campaigns.

Expert pollster Rob Autry joined the Altamar Podcast team of Peter Schechter and Muni Jensen to explain the state of the race and polling industry. Autry has served as a pollster and strategist for U.S. presidents, U.S. senators and countless members of Congress. He is the founder of Meeting Street Insights.

Faith in the Polling

According to Autry, the 2016 race wasn’t as flawed as people remember — at least for the popular vote: “Heading into election day, the RealClearPolitics average of all the national polls had Hillary [Clinton] up 3.3% and she won by 2.1%. … By historical measurements, polling was the most accurate since 1936.” Of course, the U.S. presidential race relies on the electoral college and not the popular vote, but Autry has faith in the 2020 figures: “I think the polls are accurate. … We’ll find out in a few days.”

The 2020 polls have reflected a surprisingly stable race. As Autry notes, “One thing that has been really remarkable about U.S President Trump’s numbers is how little fluidity and movement there is.” Indeed, his approval ratings — which now stand at 44-45% approval, 54% disapproval — have barely budged in four years.

Meanwhile, United States presidential candidate Joseph Biden has consistently beat President Trump in head-to-head polls in 2020, leading by around 8 points. And it hasn’t been an uneventful year — from President Trump’s impeachment to the coronavirus pandemic to the death of George Floyd. In turn, “It’s hard to believe that there is anything that is going to happen that is really going to change the dynamic between now and Election Day,” says Autry.

Economy and Coronavirus are the Key Issues

To reach 270 electoral college votes, Mr. Trump will need to win some combination of key swing states, says Autry: “All eyes are going to be on what is happening in Michigan, Pennsylvania and Wisconsin,” where Biden is currently leading by 7 to 8 points. The race is also a tossup in Iowa and Ohio, which were much surer bets for the Trump campaign just a month ago.

And according to Autry, “If the President doesn’t win Florida, North Carolina or Georgia, … the math becomes so incredibly hard for him.” Meanwhile, when it comes to the congressional race, he predicts: “I think it will be very hard for Republicans to hold onto the Senate given the current dynamics.”

But polling on the main issues presents clear messaging dynamics for the Biden-Trump showdown. According to Autry, “The economy and the coronavirus pandemic are the two big issues in pretty much every poll. … Most voters give President Trump a slight edge on who they think will best handle the economy. And when it comes to the pandemic, Biden has a sizable advantage.”

Moreover, the fact that President Trump’s numbers against Biden are lower than his job approval numbers indicates that “[President Trump’s] general election number is going to move up a couple of points. One of the most stable things we know from historical polling is that when presidents run for reelection, their job approval rating is almost a perfect prediction of where their vote is going to be on Election Day.”

Autry further argues that “the demographic breaks have never been more complex” — and that there are four key groups to watch. The first are college-educated voters, who swung between Democrats and Republicans in 2014 and 2016. Since 2018, they are “solidly in the Democratic camp,” but President Trump has offset this advantage by “better numbers with non-college educated whites.”

Republicans have largely enjoyed the support of senior citizens, but Biden is winning them by 9 points. Among white women, Biden has an edge of 4 points, even though President Trump won this group by 12 in 2016 and U.S. Senator Mitt Romney by 14 in 2012. Finally, Independents, which President Trump won by 6 points in 2016, favor Biden by 5 points. All together, “it paints a picture of how difficult of an election it is for President Trump to win.”

Among Biden voters, 56% said they would vote mail-in or by absentee, while 74% of President Trump voters said they would vote in-person. According to Autry, “because polling is not particularly good at predicting turnout,” the question is: “How many of those President Trump voters are going to vote on Election Day, and what will that do to the totals?”

Amid the numbers flying around, there’s sometimes a disconnect between Republican and Democratic polls. But as Autry reminds us, “An overwhelming majority of campaign polls never see the light of day.” Instead, they are released for specific reasons — such as to raise money among skeptical donors, or to defy conventional wisdom. Typically, the numbers are more similar than the two sides let on in the heat of a campaign: “We have different takes on what the data points mean, … but I find remarkable similarities between what polling looks like on the Democratic side and on the Republican side.”

Ultimately, polling has more informative value than swaying power. A Meeting Street study last year found that 80% of voters highly value polling, but that only 25% believe the numbers. “There is no evidence to suggest polling impacts votes one way or the other, or even impacts turnout,” says Autry.

The numbers look clear ahead of U.S. Election Day. But as Autry says, “There’s nothing that’s not surprising about this election. Particularly after 2016, we would all be smart to assume there will be some surprises.”

Rob Autry is one of the nation’s leading pollsters and research strategists. He is also the founder of Meeting Street Insights. Rob and his team have worked with many of the world’s leading companies and public policy organizations in the areas of image and brand reputation, issue advocacy, message development, stakeholder relations, and crisis communication. Rob is also the pollster and strategist for two Presidents, two U.S. Senators and sixteen Members of Congress, as well as numerous other statewide and state legislative elected officials.

Hamza Mudassir Lecturer in Strategy at University of Cambridge
URL: https://www.brinknews.com/the-question-of-polls-for-this-years-us-presidential-election/
Get ahead in a rapidly changing world. Sign up for our daily newsletter. Subscribe
​​