The Return of Supersonic Flight 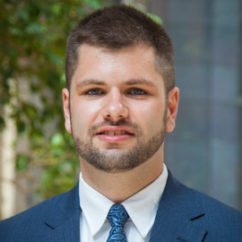 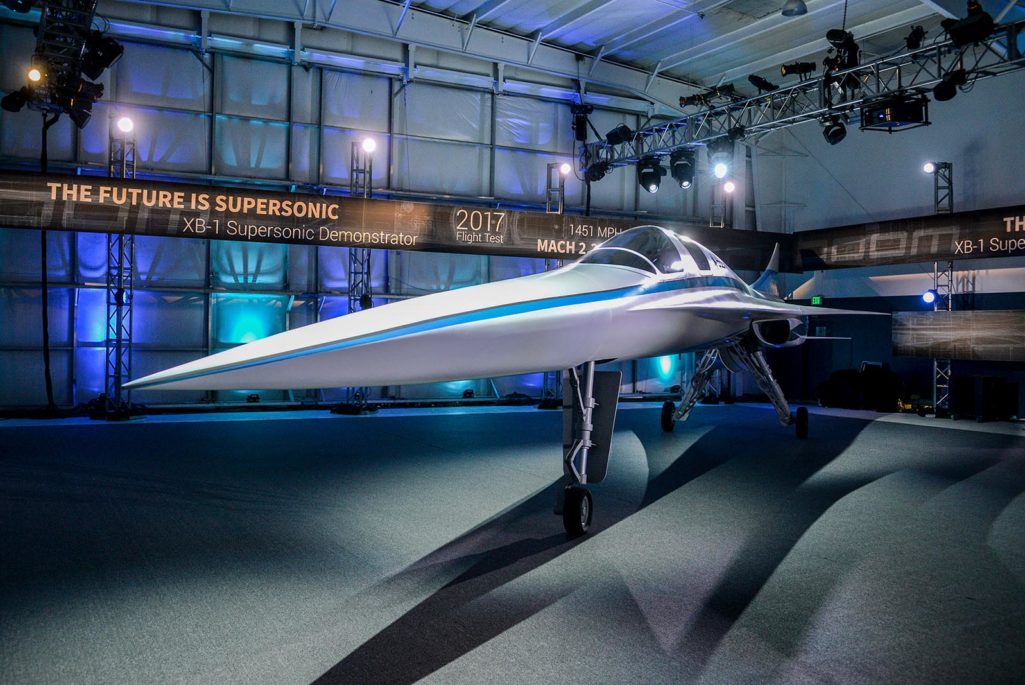 A view of the XB-1 Supersonic Demonstrator at the official unveiling at the Boom Technologies hanger last year in Englewood, Colorado.

Imagine being able to fly from San Francisco to Tokyo in just five and a half hours—half the time it normally takes. More than a convenience, it would literally add hours to one’s productive life, converting a tedious business flight into a simple day trip. Thoughts like this are what have kept the quest for affordable, faster-than-sound flight alive, and this time the dream looks about to come true.

Earlier this year the supersonic startup company Boom Technology raised $33 million to build its first supersonic jet, the XB-1. Nicknamed “Baby Boom,” the 1/3-scale prototype could fly as early as 2018, with production of the full-sized, 40-seat passenger jet soon to follow. The company is projecting initial ticket prices on par with conventional business class but has plans to eventually build planes with the scale needed to make supersonic travel as affordable as flying coach. It’s not every day that a small team of engineers disrupts the global aviation industry, but with Virgin Galactic lining up to order the first 10 aircraft they produce, Boom Technology is on the track to do just that.

It’s a disruption that is long overdue. The first half of the twentieth century saw remarkable progress in aviation speeds, going from the Wright brothers’ historic first flight at 7 miles-per-hour to breaking to the sound barrier just forty-four years later. Yet aviation speeds have stagnated in the years since, and by some measures they have slowed. In a classic innovator’s dilemma, the big airplane makers have spent the last several decades investing in tweaks that improve efficiency and cut costs, unintentionally locking themselves into a business model that is too risk averse to break the mold.

That doesn’t mean the return of supersonic will be easy. But at least the next generation of supersonic transport developers will have the benefit of learning from the mistakes made by the Concorde.

The British- and French-made Concorde flew passengers across the Atlantic at twice the speed of sound for 27 years before retiring in 2003. Its illustrious history has since become the stuff of legend among aviation enthusiasts. On the one hand, the Concorde remains widely admired for its audaciousness—the cutting edge of 1960s aerospace engineering brought to the masses. And yet many more see the Concorde as the ultimate proof that a supersonic passenger jet will simply never be economical.

To say the Concorde was unprofitable is an understatement. Beset by runaway production costs and unveiled in the midst of the 1970s oil crisis, its ticket prices were exorbitant—upward of $20,000 for a round trip flight from New York to London in today’s dollars. Worse still, the government committee responsible for its design had no real business plan. As a result, the 100-seat plane routinely flew at half capacity, losing money on virtually every flight.

Less appreciated is the role regulation played in the eventual demise of the Concorde and commercial supersonic more generally. In 1973, civil supersonic transport was outlawed over the continental United States, effectively halving the market for the Concorde, along with any supersonic transporter that may have succeeded it. The origins of the ban trace to a panic over the risks posed by sonic booms—the loud bang emitted by supersonic planes as they pass overhead—reinforced by an early environmentalist movement called the Anti-Concorde Project. It didn’t help that the American competitor to the Concorde, the 300-seat Boeing 2707, had just been canceled for being overly ambitious.

The private sector has shied away from supersonic flight. So why, today, does the tech seem poised for a comeback?

Sonic booms were not an entirely illegitimate concern. At 110 decibels, the Concorde’s boom was startling. And yet addressing sonic boom concerns through a ban on supersonic flight overland meant the Federal Aviation Administration had effectively created a speed limit, when a noise limit would have been far more appropriate. Private-sector research and development into quieter supersonic designs was stifled as a result.

The ban mattered due to the importance of industry learning curves within the aviation industry. The Concorde attempted to go from designs on the page to a mid-size passenger jet with no sense of what we would today call product-market fit. In contrast, a smaller business jet doing more frequent trips could have met early market demand without the risk of flying at half capacity. Only then, by iterating on design to reduce costs and noise, would larger models be built to achieve the economies of scale needed for affordability. It is a familiar development path across industries, from electric vehicles to mobile phones: a class of early adopters seeds a nascent industry, with subsequent innovations bringing the product to the masses. The only problem? Business jets spend 75 percent of their flight time overland, and as such the ban on civil supersonic flight overland cut the industry learning curve off at the knees.

That’s the story of why the private sector has shied away from supersonic transport for the last forty years. The question is why, today, do they seem poised to make a comeback? The short answer is that aerospace innovation continued apace and in recent years has allowed the new players to essentially leap-frog business jets to go straight to transoceanic passenger jets, with much more certainty on the economics.

The ability to iterate aircraft designs with computer simulations has been of particular importance, rather than the expensive, months-long process of building scale models for air tunnel testing. Combine this with better engines, and the commodification of carbon fiber composites that are strong, lightweight and infinitely shapable, and it is suddenly possible for a small team to design a relatively quiet and fuel efficient supersonic passenger jet with an order of magnitude less capital than was required in the past.

The ban on civil supersonic transport overland looks increasingly obsolete given that the intensity of a sonic boom can be greatly attenuated by shaping the aircraft differently. Indeed, the next generation of supersonic passenger jets will likely produce less of a boom and more of a thump. In Boom Technology’s case, they are anticipating a sonic boom 100 times quieter than the Concorde, while NASA, in partnership with Lockheed Martin, is building a prototype with a boom over 1,000 times quieter than the Concorde.

So-called “low boom” supersonic passenger jets are still several years away, but as long as the ban on overland supersonic remains in place, the private sector is on standby about how quiet of a sonic boom they should shoot for. Replacing the ban with a reasonable supersonic noise standard would bring regulatory certainty to the industry and spur the private sector into a race to be first to market.

Speed is an underrated force in our society. In 1830, the American merchant Asa Whitney got a taste of the unprecedented speed of a steam-powered locomotive while passing through Britain. Its juxtaposition with a grueling, 153-day trade trip to China was such that, when he returned home, he determined to connect the United States with a transcontinental railroad. While he failed, his activism inspired the entrepreneurs that ultimately succeeded.

The return of supersonic transport over oceans will do something similar for supersonic transport overland. As soon as it is possible to fly from San Francisco to Tokyo faster than it is to fly from San Francisco to New York, people will begin to ask questions. And when they hear the noise—the thump—on which the overland flight ban is based, moves to overturn it won’t be far behind, and a new generation of entrepreneurs will make history.

Samuel Hammond is the poverty and welfare policy analyst at the Niskanen Center . He is the creator of SupersonicMyths.com and co-author of Make America Boom Again: How to Bring Back Supersonic Transport.

Til Schuermann Partner and Co-Head of Oliver Wyman’s Risk & Public Policy Practice
URL: https://www.brinknews.com/the-return-of-supersonic-flight/
Get ahead in a rapidly changing world. Sign up for our daily newsletter. Subscribe
​​