The U.S. Political Challenge: Repairing the Damage from Policy Uncertainty 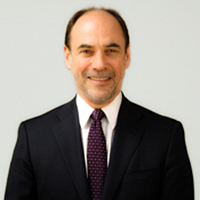 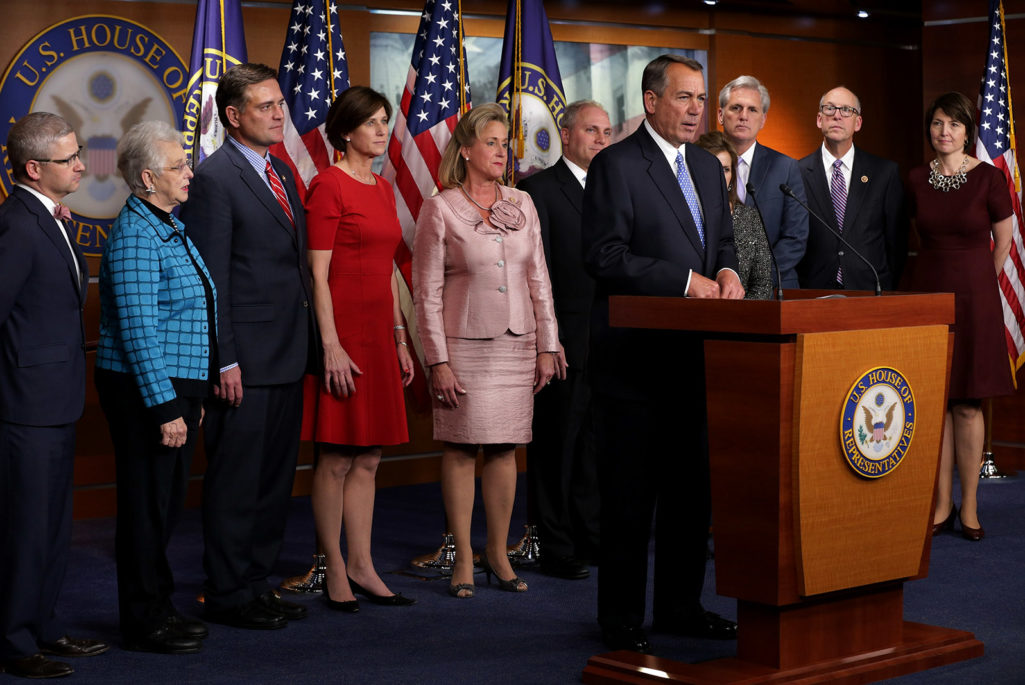 Speaker of the House John Boehner (R-OH) holds news conference with the newly-elected members of the House GOP leadership team. Fortified by midterm election success, Boehner announced that the House will take up legislation about the Keystone XL pipeline and will continue to push back against President Barack Obama's executive actions.

Uncertainty about the direction of federal policy has damaged the economy and impaired the recovery from the Great Recession, but Congress now has an opportunity to begin repairing the harm.

There are many more examples. The past six years have been a period of very high policy uncertainty in the U.S. This has been formalized by Economic Policy Uncertainty, whose data are reproduced in the chart below. The index of economic policy uncertainty shows a clear upward trend beginning in 2008 and peaking in 2013 at an historic high.

Indeed, this has been the tale of the economic recovery. Since the Great Recession bottomed out in June 2009, the growth in Gross Domestic Product has averaged 2.3 percent. Payroll employment growth has been sluggish, and incomes have stagnated. Many commentators have drawn a link between policy uncertainty in the U.S. and the poor recent economic record, and there is now beginning to be some quantitative research focusing on the issue.

The interesting result of the recent midterm elections is that there is now an opportunity to reduce this damaging impact on the economy. This might seem surprising, as in recent years partisan politics have hardly been a positive feature of the economic landscape. Bitter budget fights that closed the government, and debt-ceiling conflicts that threatened the market for U.S. Treasuries, actively harmed the economy. The new political math is, however, very different.

Republicans, now in control of both the House and the Senate, have two political imperatives: To prove that they are competent in running the government, and to assert credit for “fixing” the recovery. The former comes directly from their systematic attempt to attack Democrats as allies of President Obama characterized as incompetent in running the government and foreign policy. Of course, this also puts them under pressure to not fall victim to the same critique. The second is simply a political opportunity. Presidents traditionally get credit for good economic news on their watch. With a lame-duck President Obama, Republicans have the opportunity to claim this “fix” as having happened on their watch.

Meeting these imperatives means shifting from combative tactics that damage the economy. It means passing small, but significant “fixes” to the ACA, Dodd-Frank, and other pieces of the landscape that serve to reduce the uncertainty associated with those initiatives. And it may even lead to a bipartisan Obama legacy such as corporate tax reform that dramatically reduces uncertainty and benefits growth.

Policy uncertainty is costly, and the toll has recently been high. The new political configuration in Washington, however, may mean a reversal of the harmful record.

President of the American Action Forum

Douglas Holtz-Eakin is the President of the American Action Forum and most recently was a commissioner on the Congressionally-chartered Financial Crisis Inquiry Commission. During 2001-2002, he was the Chief Economist of the President’s Council of Economic Advisers and is the former director of Congressional Budget Office.