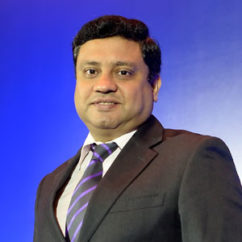 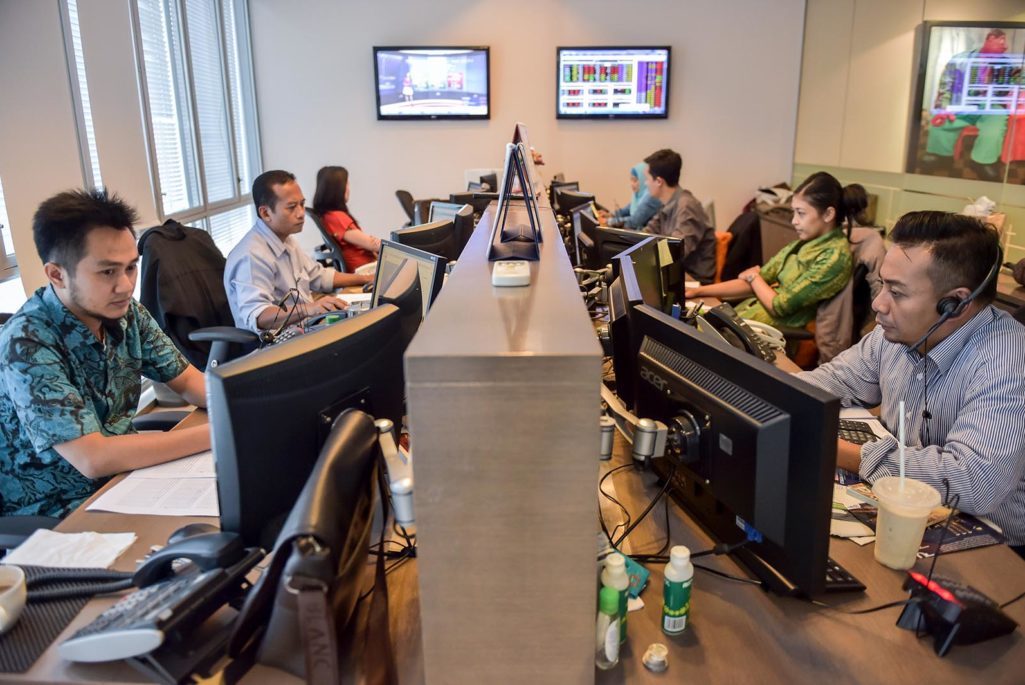 Indonesians work at a securities company office in Jakarta. A younger workforce in countries like India, Indonesia and the Philippines presents both an opportunity and a challenge.

After five years of weak growth, the global economy has entered a period of sustained, albeit mild, recovery. Both job and capital markets around the world are seeing a positive outlook, with an increase in global trade volumes despite protectionist fears.

The Asian region has been at the forefront of this recovery, with the lowest unemployment and highest gross domestic product (GDP) growth rates in the world. One cause of worry has been a steady rise of inflation across the region, and while central banks have proactively been trying to contain inflation, there may be implications on the cost of doing business in the region.

While not as pronounced as in developed economies, an aging workforce is certainly an area of growing concern for businesses. Japan, Hong Kong, South Korea, Singapore and Thailand all have a median age of well over 40 years. On the other hand, the younger workforce in India, Indonesia and the Philippines presents both an opportunity and a challenge of a different kind.

The most recent World Economic Forum’s Human Capital Report rates countries globally on two themes: learning and employment. The employment indicators include but are not limited to: labor force participation rates, unemployment, underemployment rates and skills. It also includes learning—not only in terms of the quantity but also the quality of available learning infrastructure.

Participation of women in the labor force continues to be very low in countries like India and Indonesia, and while opportunities for women in the work force may look healthy on the surface for some countries such as the Philippines, deeper systemic issues remain. Mercer’s When Women Thrive data shows that women currently hold just 25 percent of professional roles in Asia, which is the lowest in the world and significantly below the global average of 35 percent.

Another trend impacting labor markets is the increasing shortage of talent, particularly in certain skill areas such as engineering and sales. Forty-six percent of the companies surveyed by the Manpower Group this year in the Asia Pacific cited difficulty in filling positions as opposed to 40 percent globally. In addition to technical skills, behavioral competencies are becoming increasingly important as a reflection of how employees deal with change. The World Economic Forum’s 2016 The Future of Jobs report cites core work-related skills such as complex problem solving, active learning and cognitive flexibility as increasingly important to all sectors amidst digital disruption in the fourth industrial revolution.

How do these macroeconomic demographic trends manifest on how companies across the Asia Pacific are thinking in terms of rewarding their employees as a way to attract, motivate and retain the talent they need to support their businesses? Especially at a time when linkage of pay with performance is regarded as one of the top three drivers of employee engagement in Asia, according to the recent Mercer–Sirota research. Employees in Asia care most about a culture of meritocracy and opportunities to grow in their careers. Any conversation around rewards, therefore, has to consider the intrinsic needs of the talent pool in this part of the world and what drives it. That’s just why we increasingly find human resource departments beefing up their analytics capability as a way to improve evidence-based decision-making, especially when developing compelling rewards strategies.

Hiring in India, Vietnam and the Philippines is ahead when compared with other countries in the region; hiring intentions are lower in Singapore, Malaysia and Hong Kong. Overall, five out of 10 companies are looking to maintain headcount, including replacements for staff turnover. Hiring sentiment is often a reflection of trends in staff turnover in certain countries and industries. The flipside of higher GDP growth and base pay increases also implies that staff turnover is higher for those countries.

Separately, attrition is higher for industries that have continued to outpace the slowdown observed in the preceding year. The consumer and retail industries are faced with the highest levels of attrition, whereas the manufacturing industry has some of the lowest levels of attrition in the region. As companies prepare themselves for digital disruption, they recognize the need for hiring experienced talent, especially in areas that are critical for future success.

We find roles in engineering, finance, sales and marketing functions particularly difficult to fill in most countries in Asia. And sales is a function where the talent is hardest to retain once hired—making a strong case for companies to develop an effective sales incentive program to attract and retain key sales talent.

Protecting the ‘Pay’ Base

The huge spread in base pay increases across Asia is a clear reflection of the dichotomy of emerging versus matured economies on the one hand, and of dominant industries in the respective countries exerting heavy influence on the overall picture on the other.

Asia is increasingly becoming a hub for both research and manufacturing in the life sciences industry, where we see the highest salary increase levels followed by higher than average salary increases in the high-tech and consumer industries. An interesting dynamic often overlooked is the aspect of pay increase cycles during the financial year. Some companies follow the calendar year, while others announce salary increments during April or May. From a talent retention standpoint, companies need to be aware of the cycles followed by their competitors to be able to ascertain how their pay competitiveness is being perceived by talent both within and outside the organization.

According to the recent Mercer Talent Trends research, 47 percent of employees ranked fair and competitive compensation as the number one factor in improving their work situation, while only 28 percent of human resources (HR) professionals will focus on ensuring rewards competitiveness in 2017. In addition, transparency around pay decisions has been called out as an important factor by employees. We find that this divide in HR intent versus employee expectations can have negative implications for retention, especially in high-growth countries such as India, in high-growth industries such as life sciences and in high-growth skill areas such as sales.

Pay equity by gender has also received significant attention recently, as workforce analytics provide a greater insight into how the gender issue gets manifested in salary decisions. With salary information being increasingly available online on job boards and social media, employees are becoming more demanding with regards to transparency and disclosures around senior management pay. Rewards for professionals need to reduce ambiguity and discretion in pay-related decisions and leverage empirical data analytics to map the business priorities and how those align with the overall rewards philosophy.

With Asia leading global growth, there is no dearth of highly skilled professionals from the West seeking opportunities here. And as a result we find a significant dip in the traditional expatriate salary packages, with more than 75 percent of the compensation plans designed for foreigners in Asia based on the “local-plus” model, which provides certain allowances with the comparable base local pay as the foundation.

The Importance of Flexibility

Companies that have a reactionary or a cookie-cutter approach to compensation design have found themselves struggling to attract and retain talent. Creating differentiation amidst increasing cost pressures isn’t easy, but it is all the more critical. Creating a rewards proposition that works for all employee segments across Asian markets requires an analytical approach that takes all these trends into consideration and is married to the desired competitive positioning for the business. Successful companies tend to have a much more dynamic approach, making changes along the way as new trends become apparent.

A version of this piece first appeared in HQ Asia.

Puneet Swani leads the talent business for Mercer across growth markets. He has been advising clients across twenty countries on talent management and rewards, helping them develop a compelling and sustainable employee value proposition.