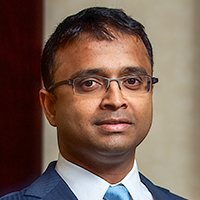 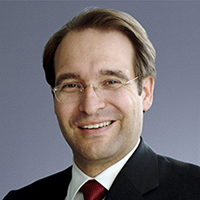 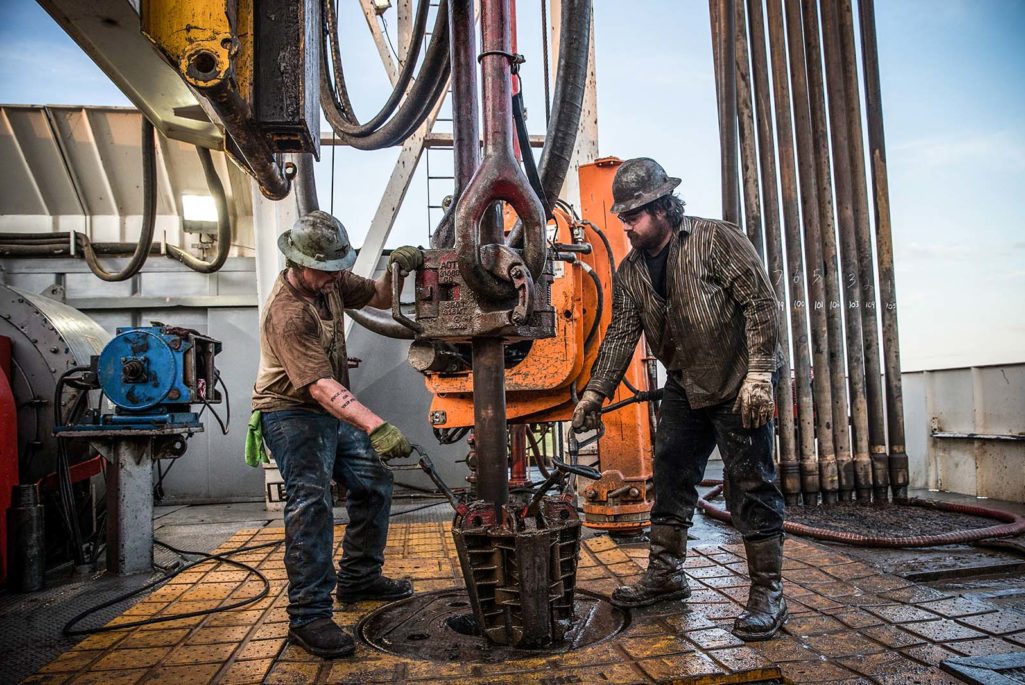 Workers with Raven Drilling line up pipe while drilling for oil in the Bakken shale formation in North Dakota. North Dakota has been experiencing an oil boom in recent years, due in part to drilling techniques including hydraulic fracturing and horizontal drilling.

The striking success of the U.S. shale revolution, could become a global revolution as other areas of the world consider exploiting their untapped shale reserves, looking to the U.S. less as a supplier and more as a harbinger.

The confluence of volatile oil prices, abundant global shale resources, technology to extract these resources, and geopolitics could push companies to produce oil and gas closer to where it is consumed. Such regional markets could upset the political world order in the long term, changing power dynamics between traditional oil producing nations and consumers.

North America, South America, and China are prime candidates for regional markets given the magnitude of technically recoverable unconventional oil and gas these regions hold. Unconventional oil and gas markets have reached maturity in the U.S., providing a blueprint for other basins around the world. Since the U.S. bans oil exports, the market is already somewhat decoupled from the rest of the world. Local oil trades at a discount to global oil markers.

South America has massive reserves; Argentina, Brazil, and Venezuela together hold close to 250 billion barrels of oil equivalent in unconventional resources, 80 percent of which is gas. Argentina alone holds 65 percent of these resources. In China, the total technically recoverable unconventional resources are estimated at 225 billion barrels of oil equivalent, 85 percent of which is gas.

The U.S. shale revolution will be challenging to replicate. American independent oil companies have enjoyed access to cheap capital in a low-interest-rate environment. The U.S. oil industry was already well-developed when shale production began. Pipelines and rigs were available, more were quickly built, and high-quality roads allowed smooth transportation of equipment. Water is available in the major U.S. shale basins, and mineral rights laws make drilling possible and very attractive in many communities.

Other regions of the world lack some of those factors, and will have to develop the market in their own ways. A lack of surface infrastructure and water in the regions endowed with shale resources could be challenging for China. Argentina must build market confidence to attract the investment needed to develop the ecosystem to enable a shale revolution, driven by the private sector.

But the technology and existing oil reserves offer hope that the political and infrastructure development is worth the effort. If regions can overcome the politics, environmental concerns, and capital requirements of producing their own resources, they could cut dependence on traditional suppliers, and control their own energy policies.

This would mark a historic shift in the long term. Until now, most of the world’s oil has been produced in countries with high political risk, including political instability, conflict, and even insurgency. The list of top ten oil exporting countries includes such high-risk nations as Russia, Iraq, Nigeria and Venezuela. In some cases, the cost for an oil company to mitigate that political risk is high enough to prompt executives to scout for shale opportunities in stable regions instead of investing in risky countries with less attractive fiscal regimes.

OPEC may have intended to squeeze North American shale producers as it has maintained production levels in the face of falling oil prices and protected market share. However, the drop in oil prices doesn’t necessarily put North American newcomers out of business.

Unconventional exploration and development in some of the most productive shale oil fields, such as the Bakken in North Dakota and the Eagle Ford Shale in Texas, is competitive with oil produced by conventional methods. In some areas, unconventional shale production has a break-even price as low as about $40 a barrel, on par with some conventional production. Lower oil prices have prompted producers to cut back on capital projects, tempering demand for oil field services and supplies. Renegotiating with suppliers will bring that break-even price further down. In addition, many shale companies are focused intently on efficiency and technology improvements, pushing the break-even price low enough to put shale on par with oil fields of many traditional oil producing countries.

Research shows that $50 oil puts some of the politically unstable oil producing countries under considerable stress.

Lower oil prices are instead squeezing some of the traditional producers. Our research shows that $50 oil puts some of the politically unstable oil producing countries under considerable stress as they grapple with lower oil revenue in their national budgets. Those most at risk include Nigeria, Venezuela, Iraq, Iran, and Russia. These countries might try to work with other producers to manage supply volumes in hopes of resurrecting oil prices. The Gulf Cooperation Council producers such Saudi Arabia, UAE, Kuwait, and Qatar have amassed considerable wealth during the past decade in their reserves and sovereign wealth funds. While these countries could withstand a few years of $50 oil by depleting their financial reserves, they would come under stress after five to seven years of low oil prices. They are betting on the resurgence of global demand to push prices up.

As OPEC countries and other traditional producers come under pressure from oil prices, the U.S. gains political leverage as it becomes less dependent on those suppliers. U.S. dependency on the Middle East may shape perceptions of the region’s vulnerability to security crises, with other countries obliged to play greater roles.

For example, a recent global risk report points out that more widely available liquefied natural gas from the U.S. could undermine the Russian Federation’s negotiating leverage with consumers in Europe and Asia. Washington may use LNG exports to achieve foreign policy goals. Other regions might be able to build their own bases of political influence by producing more of their own energy, reducing their historic dependence on other nations. A number of energy companies have already been testing shale production in various European countries, such as Germany, Poland, Romania, and Lithuania. However, in many places, those operators must overcome deep environmental concerns in the community, and have had varying levels of success.

Many governments and national oil companies are growing interested in developing regional supplies as a key path to energy independence and affordable energy. But those countries will have to sort out a slew of issues, from community concerns and zoning issues, to mineral rights ownership and a new relationship with old suppliers. Local oil prices could react, and it could be a wild ride.

Saji Sam is a partner with Oliver Wyman’s energy practice, and he is based in Dubai. He has more than 18 years of experience working with oil and gas companies, and has expertise in energy strategy, including policy development. He holds an MBA from them Indian School of Business and a bachelor’s degree in electrical engineering from the Indian Institute of Technology, Mumbai.

Bernhard Hartmann is a partner with Oliver Wyman who leads the firms’ Middle East Energy and Manufacturing practice. He has more than 20 years of consulting and industry experience with the oil and gas, utility, and engineering industries in Europe, Asia, and the U.S., with a strong focus on organization transformation, efficiency improvement, and strategy implementation.