Weighing the Benefits of a Combined Chair and CEO Role 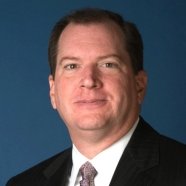 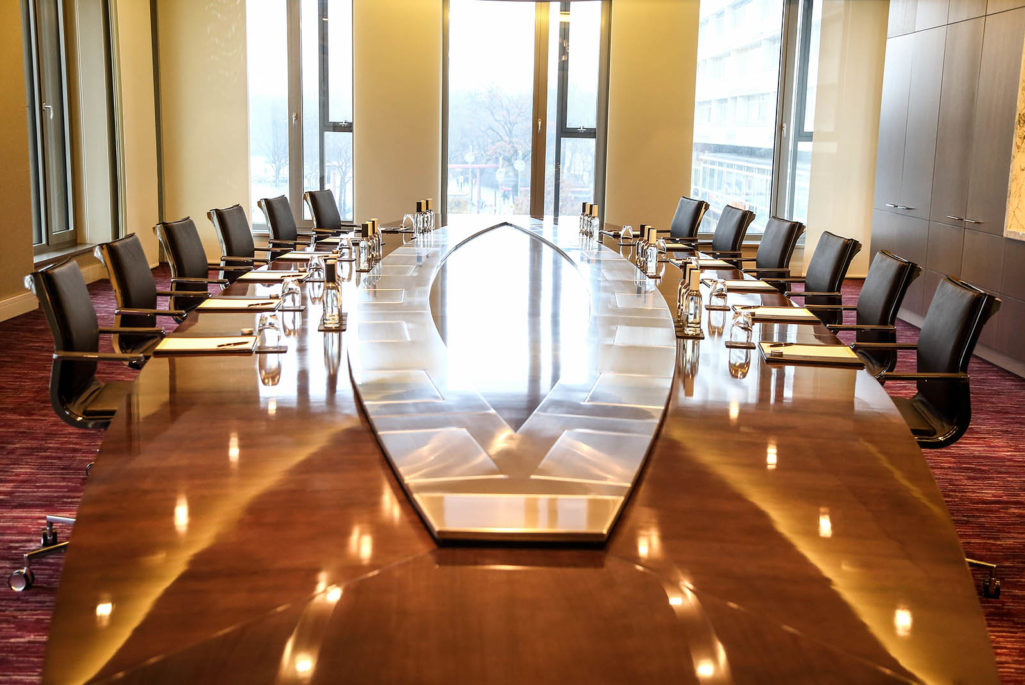 Pictured is the Broadway Boardroom of the presidential suite of Germany's Waldorf Astoria hotel in Berlin. The dual roles of CEO and Chairman of the Board can be a controversial topic and one that company boards must grapple with on a continuing basis when deciding the right leadership structure for a company.

Strong leadership is required to foster a collaborative environment that supports effective decision-making in the boardroom. That much is clear. How leadership roles are defined and structured, however, is a controversial subject.

In the U.S., it is common for CEOs at larger companies to also serve as board chair. In response to the corporate scandals and financial instability that hallmarked the early 2000s, some shareholders and corporate governance experts have argued that there should be greater separation between the boardroom and C-suite and that the board should be overseen by an independent lead director.

Recent legislative acts have failed to settle the debate. While Dodd–Frank stipulates that public companies must have some form of independent leadership, boards are free to select the leadership structure; however, that decision must be disclosed and justified, meaning it will fall under shareholder scrutiny. Although this remains a gray area, there are benefits and drawbacks that every board should consider when determining which leadership structure will best serve their organization.

In 2004, the National Association of Corporate Directors (NACD) convened leading board members and subject-matter experts to explore this issue. In the resultant publication, The Report of the NACD Blue Ribbon Commission on Board Leadership, the commission did not find a correlation between leadership structure and the performance of a board or company. Instead, it advised boards to determine which leadership structure is most appropriate to their situation and then to examine how that system of leadership is being enacted.

Combining the chair and CEO roles is arguably beneficial because it creates clear lines of command throughout the entire company that converge in a single authority figure. This structure is the most prevalent in U.S.-based companies. According to Equilar data, 47 percent of Russell 3000 boards have either the CEO or an executive serving as board chair. The fundamental problem with this arrangement is obvious: The board evaluates the CEO’s performance, determines executive compensation and, in extreme situations, may take steps to remove the CEO. In short, the CEO is acting as his or her own boss. A more subtle conflict can occur if an unchecked executive chair establishes board leadership as a hierarchy when it should instead be an ecosystem of leadership roles, with an element of independent leadership to balance the power of the CEO.

Despite the push for greater independence, the Chair/CEO split-role model remains a minority practice.

The combined Chair/CEO structure must therefore be complemented by a lead independent director. The Report of the NACD Blue Ribbon Commission on the Effective Lead Director made an in-depth study of this role and found that a lead independent director is critical to maximizing board effectiveness. Appointed by and from the independent directors of the board, this individual can help the CEO in several ways. For example, by conveying issues that are top of mind for other board members so that the CEO can take early action to resolve problems, and helping the CEO function more effectively by satisfying their governance responsibilities.

At the board level, the lead director can:

The use of a lead director began in the early 2000s and has become a majority practice for U.S. public company boards. According to the 2015–2016 NACD Public Company Governance Survey, which polled some 1,000 public company directors about governance practices and priorities, 56 percent of large-cap and 54 percent of mid-cap companies that have a combined Chair/CEO position also have a lead director. By contrast, this role was present in only 38 percent of small-cap companies and 33 percent of micro-cap company boards.

Separating the chair and CEO roles can promote overall board independence while allowing the CEO to focus on the everyday demands of managing a company. Despite proxy advisors and shareholders pushing for greater independence, the split-role model remains a minority practice. According to Equilar data, 32 percent of Russell 3000 company boards have an independent chair. The success—or failure—of this system is contingent on the personalities of the CEO and non-executive chair. This is a relationship that thrives when there are equal parts mutual trust and healthy contention to drive boardroom dialogue; however, it’s a dynamic that can become hostile.

Absent robust and open lines of communication between the board and management, the CEO may feel as if he or she is relinquishing power and that the board is undermining the authority of management. Conversely, a personality conflict between the CEO and the independent chair can create a boardroom culture of distrust and dysfunction, which in turn can create larger problems for the company.

While independence is critical, context is everything.

Some form of boardroom leadership that is autonomous of the C-suite must be in place, but a board should also be free to select the leadership structure that is best suited to their situation, keeping in mind the history of the company and the board, board-management relationships and the pool of candidates under consideration for leadership roles.

In either structure, maximum board effectiveness is contingent on leadership roles being clearly defined and understood by all members of the board and management team, and on having a lead director who capable of challenging the CEO while also fostering a culture of mutual respect.

Peter Gleason is president of the National Association of Corporate Directors (NACD), the only membership organization devoted exclusively to serving the information and educational needs of corporate directors. Mr. Gleason also serves on the NACD Board of Directors and oversees NACD’s Research Department, which produces guidance on leading practices to enhance board performance. He was previously NACD’s managing director and CFO.