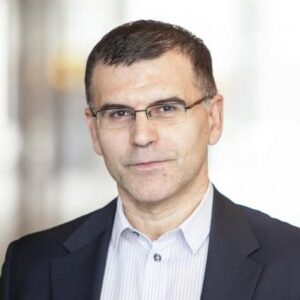 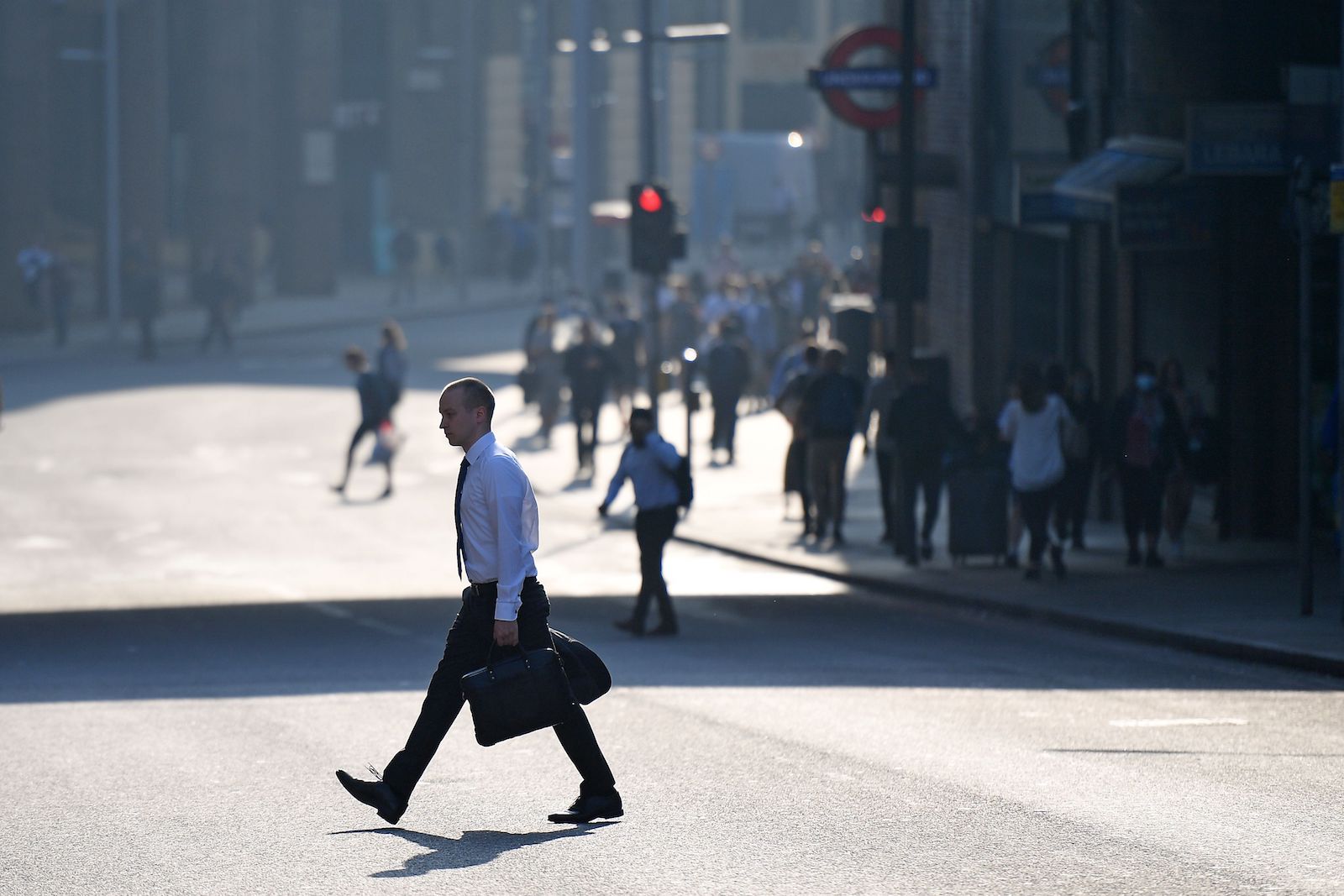 A commuter crosses a road by London Bridge. The permanent amendments to the U.K. bankruptcy regime ensure that insolvent firms have a higher chance of survival during the pandemic.

Big economic downturns usually bring an upturn in bankruptcies, for logical reasons. Companies suffering big losses suddenly struggle to survive, and many fail. Yet, during the first half of 2020, the number of corporate bankruptcy filings in the United States fell by 10% relative to last year. The other major industrial democratic economies in the G-7 show the same pattern of decline in filings. In Germany, they fell by 12%; in Japan and the United Kingdom, by a third; in Canada, by two-fifths; and in France, by half, while Italy has not reported official numbers for 2020.

The reason for this decline is simple: The COVID-19 pandemic has induced governments in all G-7 countries to temporarily amend bankruptcy procedures, providing lifelines to keep firms alive through the crisis, at a time when premature bankruptcy can worsen the recession. Such changes typically include two provisions: 1) a suspension of the obligation to file for bankruptcy during the pandemic, which France, Germany and Italy have extended into 2021; and 2) conferring a preferred status for newly granted loans in order to motivate creditors to provide additional liquidity to businesses in distress.

Permanent changes to bankruptcy law took place in the United Kingdom, where the insolvency regime became more similar to a U.S. bankruptcy, with more power in the hands of the debtor company. U.S. bankruptcy provisions are considered the gold standard among advanced economies, because they provide time for an insolvent firm to reorganize and continue holding on to business and employees. Evidence from the United States shows that nearly 70% of insolvency cases that pass the initial screening result in successful survival of the business. In contrast, under the old U.K. insolvency law, only 14% of companies succeeded in keeping their businesses operating.

Research on bankruptcy procedures around the world shows that the type of changes the United Kingdom has enacted increases the survival probabilities of firms, as they continue operating during their restructuring. Similar permanent changes to the bankruptcy regime should be considered in Germany, France and Italy. New research suggests that a large number of firms will need debt restructuring once government support programs run out and the courts become overwhelmed.

The amendments to the U.K. law, adopted in June 2020, share three features with U.S. bankruptcy provisions. First, they introduce a two-month moratorium, during which the company benefits from a payment holiday from the majority of its debts. Second, the amendments allow the debtor to propose a rescue plan that can be forced onto every creditor, if the majority of creditors agree. Third, suppliers are prevented from terminating their deliveries once they find out that the debtor has trouble paying creditors, as long as the firm pays for its supplies on time — even ahead of bank creditors. These amendments increase the chance that the business will emerge from insolvency as a going concern. Other features of the U.K. law are:

Moratorium: The two-month moratorium gives companies breathing space to construct a rescue plan. During this period, no action can be taken against the company without a judge’s order. Decisions are left in the hands of the company’s management, which provides a new balance between protecting the interests of creditors and giving the company the best chance of survival.

Some economists are concerned that keeping insolvent firms alive will drain resources from the healthy parts of the economy. But research shows these fears are fundamentally misguided.

Rescue Plan: This feature allows insolvent companies to propose a plan to creditors. Dissenting creditors are bound by the plan, if the majority of creditors support it. Companies will only benefit from this feature if sanctioned by the court and if the court is satisfied that those creditors would be no worse off than if the company entered an alternative insolvency procedure.

Termination Clauses: Suppliers often stop supplying a company that has entered an insolvency process, as they risk not getting paid. However, failure to protect the continuation of trade endangers the survival of potentially viable businesses. In cases where a company has obtained a moratorium, the company’s suppliers are required to keep supplying if the contract calls for it, as long as they are paid on time.

Many Businesses Can Benefit From the New Features

The Coronavirus Survey by the Office for National Statistics in the United Kingdom found that 64% of businesses across all industries were at risk of insolvency in September 2020, with 43% of businesses running on less than half a year’s worth of cash reserves. A deluge of bankruptcies may ensue once the temporary COVID-19 provisions are lifted in January 2021. The permanent amendments to the U.K. bankruptcy regime ensure that insolvent firms have a higher chance of survival.

In times of widespread crisis, improving the survival chances of businesses becomes even more pressing. The German government has announced its intention to follow the United Kingdom’s lead in revising bankruptcy rules. Canada and Italy are looking for ways to simplify the insolvency process for small companies.

Some economists are concerned that keeping insolvent firms alive will drain resources from the healthy parts of the economy. But research shows these fears are fundamentally misguided. Policies to force businesses to shut down permanently risk slowing down the COVID-19 recovery.

A version of this piece originally appeared on the Peterson Institute for International Economics website.

Simeon Djankov is a senior fellow at the Peterson Institute for International Economics. Prior to joining the Institute, Djankov was deputy prime minister and minister of finance of Bulgaria from 2009 to 2013. Prior to his cabinet appointment, Djankov was chief economist of the finance and private sector vice presidency of the World Bank, as well as senior director for development economics.

Til Schuermann Partner and Co-Head of Oliver Wyman’s Risk & Public Policy Practice
URL: https://www.brinknews.com/what-governments-are-doing-to-increase-firms-chances-of-survival-during-covid-19/
Get ahead in a rapidly changing world. Sign up for our daily newsletter. Subscribe
​​