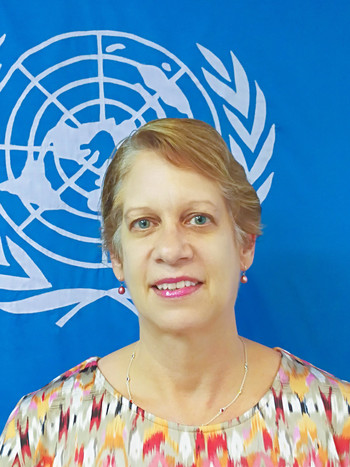 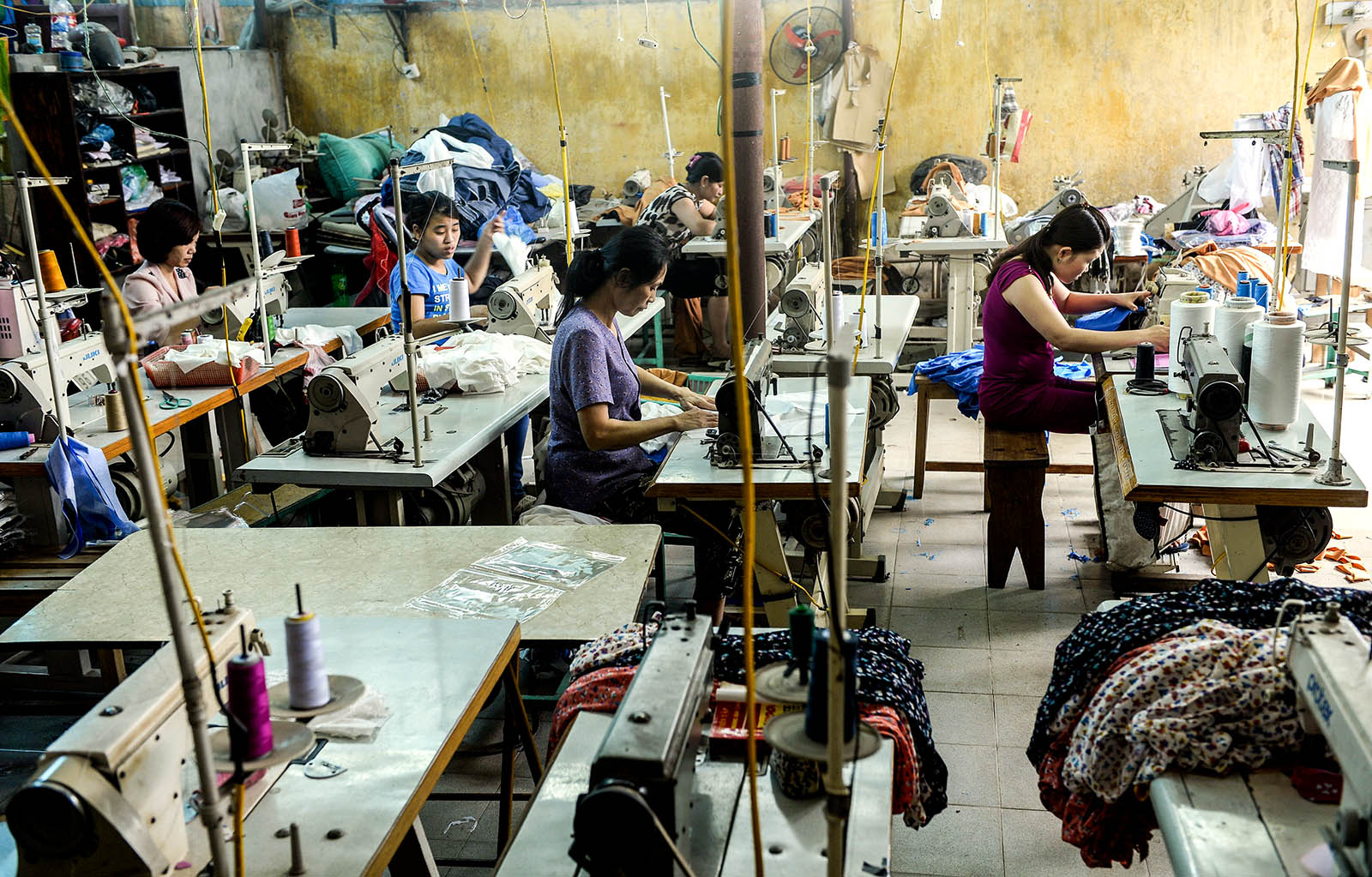 Women work at a small garment workshop on the outskirts of Hanoi, Vietnam in 2013. Asian nations could lose more than 80 percent of their garment, textile and apparel manufacturing jobs, as “sewbots” replace humans in factories.

The Fourth Industrial Revolution (4IR) almost never fails to incite contrasting predictions about the future. Critics see deepening inequality and unemployment in an era of unprecedented global wealth, as robots look poised to replace workers on the factory floor.

Proponents, meanwhile, see untold possibilities of human well-being in a future where prosperity is decoupled from labor and drudgery, allowing ordinary citizens to have more time to spend with their families and in creative pursuits.

This much is clear: As robots and artificial intelligence transform global production, skilled workers with college degrees will emerge the winners. Inevitably, the benefits will be distributed unevenly, and it is primarily women—from high school dropouts to college graduates—who find the odds heavily stacked against them.

Will Jobs Be Lost?

A 2016 study by the United Nations’ International Labour Organization predicted that some Asian nations could lose more than 80 percent of their garment, textile and apparel manufacturing jobs, as “sewbots” replace humans in factories. In the Southeast Asia region, it is young women who comprise the majority of the 9 million people dependent on jobs in these sectors, in countries such as Thailand, Vietnam, Cambodia and Malaysia.

The vast majority of the world’s working women might fare even worse, restricted to insecure and informal employment. Globally, only half of working-age women are in the labor force, and those who work earn a quarter less than male counterparts in the same jobs.

Asia has seen school enrollment rates for girls rise in the past two decades, but high dropout rates driven by social norms, early marriage and household work have thwarted the economic and social outcomes for women that might reasonably result in employment. Transition rates from education to employment are consistently lower for women, contributing to high levels of joblessness.

And most troubling of all: Women comprise a majority of the 175 million young people globally who are still illiterate.

These disparities are mirrored across the wealth divide.

Although more women graduate from university in the U.S. than men, they remain a minority in the science, technology, engineering and mathematics jobs that will survive into the future. According to 2016 U.S. census data, only one in seven women with a degree in STEM actually works in that area. This holds true for most countries.

The entrenched inequalities and discriminatory social norms that keep women restricted to low-paid, poor-quality jobs will likely be magnified by the impacts of the 4IR.

4IR presents an opportunity to change the trajectory of gender inequality, as governments recalibrate policies to future-proof their economies.

These inequalities, however, are not inevitable.

What Opportunities Does 4IR Provide?

The 4IR presents us with a unique opportunity to change the trajectory of gender inequality, as governments recalibrate policies to future-proof their economies.

In fact, with the right mix of investments in young women and men, the Asia-Pacific region could likely ride another wave of high economic growth as its working-age population peaks in the next two decades. That “wave” will only fulfill half its potential if women continue to be marginalized in economic, political and social spheres.

The UN Sustainable Development Goals, adopted by world leaders in 2015, offer routes to development that go beyond the metrics of income to address the social and environmental determinants of poverty and exclusion.

Across the Asia-Pacific region, the United Nations Development Programme (UNDP) is scaling up its first generation of solutions that leverage technology, innovation and the opportunities opening up through 4IR to address stubborn development challenges.

In Bangladesh, the UNDP has supported the government’s efforts to kick-start youth entrepreneurship in the “digital economy” through more than 5,000 digital centers that provide paid public services to remote communities. Each center, equipped with a computer and high-speed Internet, is run by a rural female entrepreneur in partnership with a male counterpart—going beyond equal opportunities to ensure equal leadership. So far, the platform has delivered 237 million services such as birth registration, life insurance policies and telemedicine services.

Over 100,000 young women in India, most of them from underprivileged backgrounds, are shattering stereotypes on factory floors as they graduate from plastic and steel engineering courses designed by UNDP and supported by the IKEA Foundation.

But there is a risk that we are tinkering around the edges if we don’t concurrently tackle the structural roots of gender discrimination.

Addressing the Root of the Issue

In the past decade, the Asia-Pacific region has seen remarkable improvements in closing gender gaps in education and health indicators, and yet this has not translated to corresponding gains in economic empowerment and political participation for women.

Japan has achieved gender parity in enrollment for primary and secondary education and in health-related indicators. However, Japan’s well-educated and healthy women do not participate in the labor force or political decision-making to a corresponding degree.

Old stereotypes die hard. In much of the world, it is social norms governing gender roles that threaten any real gains made through numerical parity in education or pay.

The past three industrial revolutions contributed to cementing gender stereotypes that place both men and women in restrictive roles. Without fully unleashing the power and potential of all of humanity, the benefits of the Fourth Industrial Revolution will remain in jeopardy.

Deputy Regional Director of UNDP in Asia and the Pacific

Valerie Cliff is the deputy regional director of the United Nations Development Programme in Asia and the Pacific.