What the Panama Papers Mean for Transparency and ‘Dark Money’ 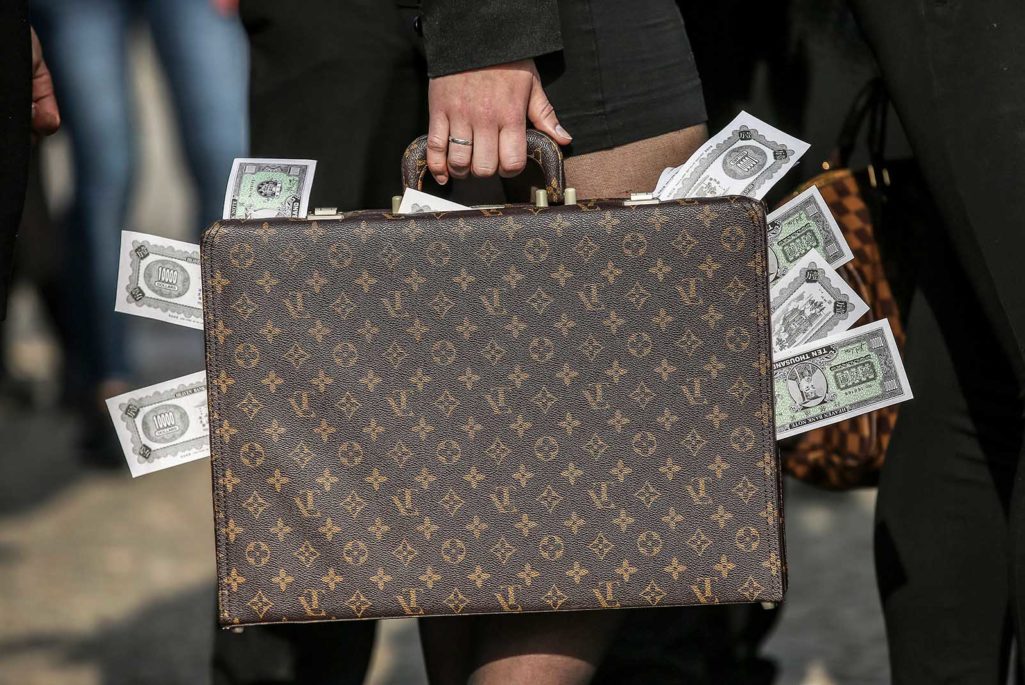 In May, the Washington, D.C.-based International Consortium of Investigative Journalists (ICIJ) published a massive leak of some 11.5 million documents covering nearly four decades that showed how world leaders, politicians and businesses hide and launder their money, evade taxes and finance arms and drug deals. The source of the leak is a little-known but powerful law firm in Panama called Mossack Fonseca, which the ICIJ describes as one of the top creators of shell companies and corporate structures that can be used to hide ownership of assets.

The “Panama Papers,” as the leaked documents are called, offer a rare opportunity to regulators in the UK, the U.S. and other countries to bring about greater transparency in the ownership of the firms they incorporate, according to experts at Wharton and Global Financial Integrity, a Washington, D.C.-based research and advisory services nonprofit that works to curtail illicit financial flows.

According to Wharton professor of legal studies and business ethics Philip Nichols, the UK is in the spotlight because a large number of the incorporations cited in the Panama Papers covered firms in British dependencies. He also faulted U.S. states such as Delaware, Wyoming and Nevada for allowing firms to be incorporated without sufficient transparency on their ownership information.

In the data released thus far, only a few cases in the ICIJ leak involve U.S. citizens or entities, but there is the incentive for businesses to head for offshore tax havens, Nichols said. “The fact that the U.S. has a higher tax [incidence] relative to other [countries] pushes people to go offshore,” he noted, adding that he does not condone such conduct.

The Panama Papers provide the opportunity for countries across the world to tighten their regulations to prevent abuse by the companies they incorporate, according to Liz Confalone, legal counsel at Global Financial Integrity. “The larger countries need to set a good example and take a leadership role for the smaller countries to follow,” she said.

Confalone said the U.S. is a laggard in bringing transparency in the “beneficial ownership” of the firms it incorporates, but added that a bill now before the U.S. Congress seeks to correct that. The latest action on the bill—the Incorporation Transparency and Law Enforcement Assistance Act—was in February, when it was referred to the U.S. House Committee on Financial Services.

‘Anonymous companies have been a problem for many years, but this investigation is unprecedented in size and scope.’

The Reach of the Exposé

The leak is just one part and the beginning of a wider scandal, according to Confalone. “Anonymous companies have been a known problem for many years, but this investigation is unprecedented in size and scope,” she said. “It exposes just one firm—admittedly a large firm—in a larger industry. The trouble is, it is legal to set these anonymous companies up in various jurisdictions around the world. You are getting a few more details that you wouldn’t ordinarily see but for a leak.”

The ICIJ published the Panama Papers after a yearlong investigation along with German newspaper Süddeutsche Zeitung and more than 100 other news organizations. Its highlights are stunning. The leaks reveal the offshore holdings of 140 politicians and public officials around the world, including a dozen current and former world leaders such as the prime ministers of Iceland and Pakistan, the president of Ukraine and the king of Saudi Arabia, according to the ICIJ.

The leaked data covers nearly 40 years, from 1977 through 2015. “[They provide] a day-to-day, decade-by-decade look at how dark money flows through the global financial system, breeding crime and stripping national treasuries of tax revenues,” the ICIJ said on its website. They cover 214,488 offshore entities connected with people in more than 200 countries. They also include at least 33 people and companies blacklisted by the U.S. government because of evidence that they had been involved in wrongdoing, such as doing business with Mexican drug lords, terrorist organizations such as Hezbollah or rogue nations such as North Korea and Iran.

Heads have already begun to roll in the wake of the scandal. Iceland’s Prime Minister Sigmundur David Gunnlaugsson has resigned following uproar over reports that he and his wife owned an offshore company in the British Virgin Islands. When he came to power in 2013, he failed to disclose that he had owned millions of dollars worth of bonds in collapsed banks as half-owner of an offshore company called Wintris Inc., the ICIJ said in a report.

Nichols noted that while only a few U.S. citizens and businesses are now linked to the Panama Papers, the Department of Justice is looking into anonymous companies. “The integrity of the U.S. system has been called into question,” he said. “Remember, we have states like Delaware or Wyoming or Nevada in which such things occur. Maybe while the Department of Justice is looking abroad, this will prompt investigation and scrutiny of similar occurrences within U.S. shores.”

Confalone agreed with Nichols. “These anonymous companies after being set up have a license to open bank accounts in any country,” she said. “You are tapped into the global financial infrastructure and you can engage in all sorts of transactions which will frequently touch the U.S. or involve U.S. citizens.”

Confalone said much of the efforts to stymie tax evasion will depend on getting information on beneficial ownership from companies and the banks that set up accounts for these companies. “If you exchange information on bank accounts that will be relevant to tax authorities, you have to know who is behind the bank accounts and who is behind these companies,” she added. “When we talk of beneficial ownership, we are talking about the real, living people who are the owners or controllers of these companies. There needs to be significant work in this area.”

About $1.1 trillion left developing countries in illegal financial flows in 2013, according to a recent report by Global Financial Integrity. About 80 percent of that is from a practice called trade mis-invoicing, where trade invoices on either side of the transaction are altered to move money into or out of a country without being seen, Confalone said. “These anonymous companies are one of the key mechanisms that allow you to do that [type of deal],” she said.

According to Confalone, international commitments have been made in the G8 and the G20 groups in the past several years to improve beneficial ownership transparency. In the European Union, its recent “fourth anti-money laundering directive” will require member states to collect and prepare central registries of beneficial ownership information for companies formed within their borders, she said.

The U.S. would fall in line after the passage of the Incorporation Transparency and Law Enforcement Assistance Act. With the U.S. as the largest incorporator of firms worldwide, actions taken by the American government will have “an outsized impact on the integrity of the financial system worldwide,” said Confalone. “We incorporate more companies than any country in the world and yet we do not collect beneficial ownership information.”

Confalone recalled a colleague noting that a company formed in the U.S. gets “a patina of legitimacy” because it doesn’t have the stigma that some other jurisdictions have. However, a recent review by the International Monetary Fund showed that the U.S. had not made significant progress on dealing with beneficial ownership transparency since its last review in 2006, she added.

“The UK perhaps needs to take greater ownership of the banking regulations in its dependencies rather than painting countries like Panama or Luxembourg [as violators],” said Nichols. He also called for similar reforms in U.S. states such as Delaware and Wyoming. “Because of my work at Wharton, I talk to people all over the world who have engaged in misconduct,” he said. “They love Delaware. It is a destination of choice for the reasons [Confalone] said—it gives you the patina of legitimacy.”

Nichols praised Panama for making “great strides in improving its banking climate.” He lauded the work of people such as Enrique Arturo de Obarrio, general counsel to the Superintendency of Banks of Panama, the country’s banking regulator, and a legal expert who was instrumental in passing the Panamanian law on transparency and the Panamanian Business Ethics Compact.

Mossack Fonseca gained its experience “at a time when Panama was pretty much a defunct place.… Panama has changed a lot since then,” Nichols said. “A lot of misconduct … occurs in Panama, as in Wyoming and Delaware, but Panama should be held up as an example of a country that we want other countries to emulate.”

Confalone agreed with Nichols on Panama. She pointed out that Panama in February 2016 came off the so-called “gray list” of the Financial Action Task Force (FATF). The FATF gray list is an international money laundering and terrorism financing watch list. The FATF cited “significant progress” in the country’s efforts in anti-money laundering and combating the financing of terrorism and proliferation in a press release.

A positive outcome of the Panama Papers scandal is that it might spur countries that have been less aggressive in prosecuting wrongdoings by anonymous companies to now get tougher on them. “Given the easier access to information that a number of countries wouldn’t have had otherwise, I expect many countries to ramp up their investigation prosecution, gaining experience and pursuing other cases independently,” Nichols said. In May, the ICIJ released the full list of companies and people implicated in the Panama Papers.

“One of the great benefits of this [leak] is that it brings this into the public realm, making it possible for citizens to see the effects of these companies, to see policies that are enforced in their countries that enable these types of activities to happen and to engage with their governments to say, ‘This is no longer acceptable and we need to take action to fix it,’” said Confalone. She expected any changes the Panama Papers promise to pan out over several years.

“Larger countries have greater prosecutorial resources so you may see greater action there,” said Confalone of the changes needed. “The U.S. could do its part by making the changes to its own incorporation processes that would provide fewer opportunities for people to obtain the companies that they use to engage in wrongdoing.”

Nichols noted that journalists are on the forefront in unearthing such scandals. He pointed to a report recently produced jointly by The Huffington Post and Australia’s Fairfax Media group that investigated alleged corrupt practices at a firm in Monaco. “Journalists are making it easy for prosecution, and governments need to start following their lead,” he said.