Where Were the Whistleblowers When You Need Them? 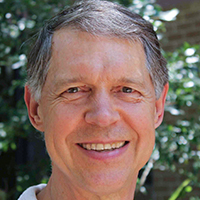 Brian Martin
Professor of Social Sciences at the University of Wollongong, Australia 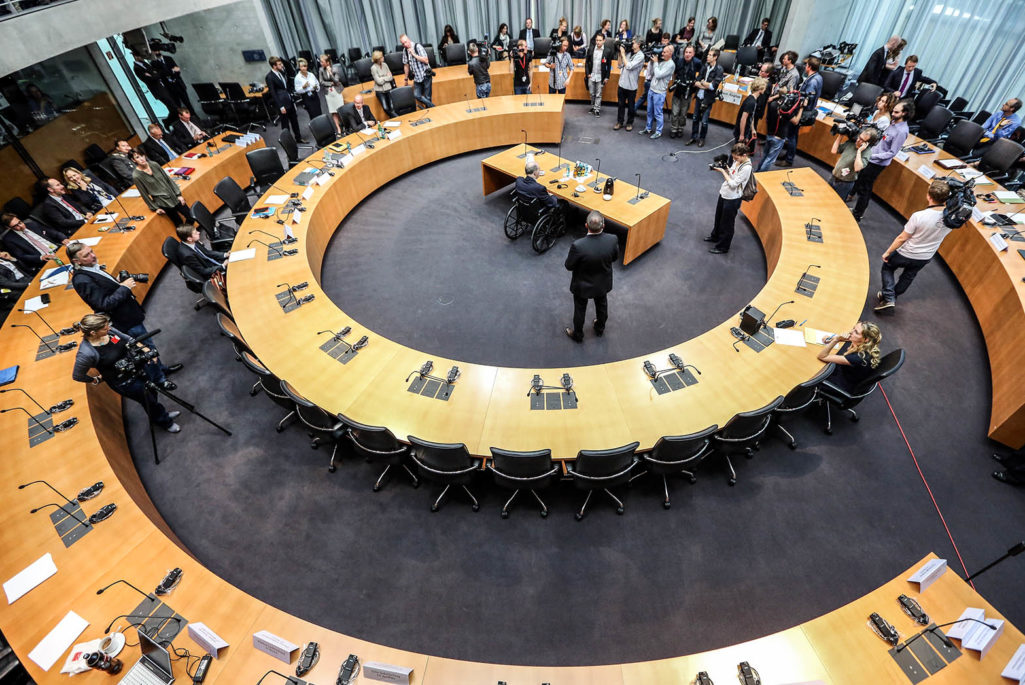 William Binney, former intelligence official of the U.S. National Security Agency (NSA) turned whistleblower (C), arrives to testify at the Bundestag commission investigating the role of the NSA in Germany on July 3, 2014 in Berlin. The commission convened following revelations that the NSA had for years eavesdropped on the mobile phone of German Chancellor Angela Merkel and other leading German and European politicians.

Whistleblowers provide a valuable alarm system for corporate dysfunction. So why aren’t there more of them when they’re needed?

Often the underlying cause of a company’s trouble is so extensive that many workers were bound to have known about it. So why didn’t any of them speak out, expose the scheme, protect the public interest, and, not incidentally, save the company from massive costs and bad publicity down the track?

When whistleblowers don’t emerge the backstory often comes down to one of conformity and corporate culture.

Speaking out in the public interest, namely being a whistleblower, is seldom an easy road. There are thousands of cases in which workers have spoken out about corruption or hazards to the public and, instead of being lauded, they become the target of reprisals, including ostracism (the cold shoulder treatment), damaging rumors, petty harassment, assignment to tasks that are too hard or too easy, denunciations, referral to psychiatrists, demotions, dismissal and blacklisting.

It sounds horrific, and it is. Whistleblowers are badly hurt financially, especially when they lose their jobs, and many also suffer in their health and relationships. Even more seriously, they often are shattered mentally, with their previous ideas about justice overturned. Many seek vindication from official bodies such as regulatory agencies and courts, but all too often these bodies side with employers. Furthermore, official channels are usually slow and procedural, doing little to address fundamental injustices.

Whistleblowing is hard on the whistleblower, but there is a more insidious impact on other employees, the ones who didn’t speak out. They see what happens to someone who breaks ranks, and therefore most of them become more reluctant to do anything themselves. Sometimes even being seen talking to a whistleblower is risky. Many whistleblowers report that coworkers are privately sympathetic, but acquiescent to management otherwise.

Speaking out in the public interest, namely being a whistleblower, is seldom an easy road.

Decades ago, sociologist Robert Jackall spent time in two U.S. corporations and a PR firm, talking to managers and observing organizational dynamics. Essentially, he was like an anthropologist studying the strange culture of corporate life. As reported in his 1988 book Moral Mazes, he discovered an amazing level of conformity. Subordinates would try to figure out what the boss wanted, sometimes anticipating the boss’s desires and covering up what the boss didn’t want reported. For these corporate managers, morality was pragmatic and basically meant serving bosses.

Jackall observed a couple of cases of whistleblowing; the offending managers either left or were fired. He also observed the response of other managers, the bystanders of this process of expelling a dissident. They did not think of this as a moral issue, except in the sense that doing what was expected was simply a matter of course. Anyone who went against senior management, didn’t have a flexible morality and couldn’t read the situation deserved their fate.

Jackall’s observations are compatible with research on conformity and obedience to authority. Solomon Asch’s classic studies showed that many individuals override their own perceptions and give erroneous reports in order to agree with the herd. Stanley Milgram’s experiments showed ordinary people will obey instructions by authorities to undertake abhorrent actions.

When everyone else is going along with the system, even a highly corrupt system, it is easier to join than to challenge the group. Being a team player, an organizational conformist, brings psychological safety.

Occasionally, the public sees clear evidence of organizations becoming toxic and dysfunctional, yet with few employees challenging a culture of corruption. After Enron collapsed, high-level executive Sharron Watkins was hailed as a whistleblower; her courage was in stark contrast to the acquiescence of others at the company.

Conformity, including the mind-closing process called groupthink, can be punctured. One or two critics can be enough to empower others to openly question what is happening. The problem is that corporate cultures are so unwelcoming of dissent that this questioning process often never gets started.

The hostility to dissent among top-level managers may seem strange considering that whistleblowers are often praised in the media. The difference is that people outside the organization have no stake in corrupt practices and can more readily see what is fair and beneficial to society. The implication is that members of the general public are likely to be the most receptive audience for whistleblower disclosures.

Employees, when they discover something suspicious going on, may say nothing. Some, though, report it to their boss or someone else in authority inside the company. Many never set out to blow the whistle; they just thought they were doing their job and fully expected their concerns to be investigated and, if necessary, addressed.

It is a huge leap for an employee working in corporate culture to understand that to be effective, it is necessary to expose the problems not to bosses or even regulatory agencies, but to a public audience. Such a course of action is almost impossible to conceive, and furthermore most employees lack the skills to do it effectively. This helps explain why so few whistleblowers succeed in bringing about significant changes in dysfunctional organizations.

What’s required is to think in a different way. Rather than imagining that information on its own can bring about change—a version of the idea of speaking truth to power—it is necessary to think like an activist and to plan a strategy around building support. Unlike activists in the public domain, such as environmentalists and peace campaigners, corporate activists need a different skill set. They are operating in a domain lacking freedom of speech, opposition movements and elections. It’s like surviving in a repressive regime.

When possible, a safer and more effective strategy is to remain anonymous and leak information to outsiders, whether journalists, action groups or directly to the public via anonymous emails and websites. Leaking has several significant advantages. It reduces the risk of reprisals and enables the leaker to remain on the job, observe responses to the leak and leak again if needed. Furthermore, leaking changes the focus from the whistleblower to the information leaked.

Many companies tout their open and honest policies and their receptiveness to disclosures. In a few cases this is valid, but in many others it is closer to a façade: Disclosures of low-level wrongdoing are welcome, but when it comes to high-level corruption, there is no tolerance whatsoever.

A good test of the bona fides of any corporate policy on public interest disclosures is whether employees are provided independent advice on how to go about leaking in the public interest.

Professor of Social Sciences at the University of Wollongong, Australia

Brian Martin is professor of social sciences at the University of Wollongong, Australia. He is the author of 15 books, including Whistleblowing: A Practical Guide, and hundreds of articles on nonviolence, whistleblowing, scientific controversies, information issues, democracy and other topics. He is vice president of Whistleblowers Australia and runs a large website on suppression of dissent.

Til Schuermann Partner and Co-Head of Oliver Wyman’s Risk & Public Policy Practice
URL: https://www.brinknews.com/where-were-the-whistleblowers-at-when-you-need-them/
Get ahead in a rapidly changing world. Sign up for our daily newsletter. Subscribe
​​