Why Do Legacy Companies Fail? We Asked a Former Retail Executive. 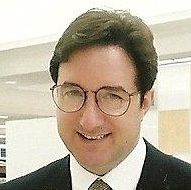 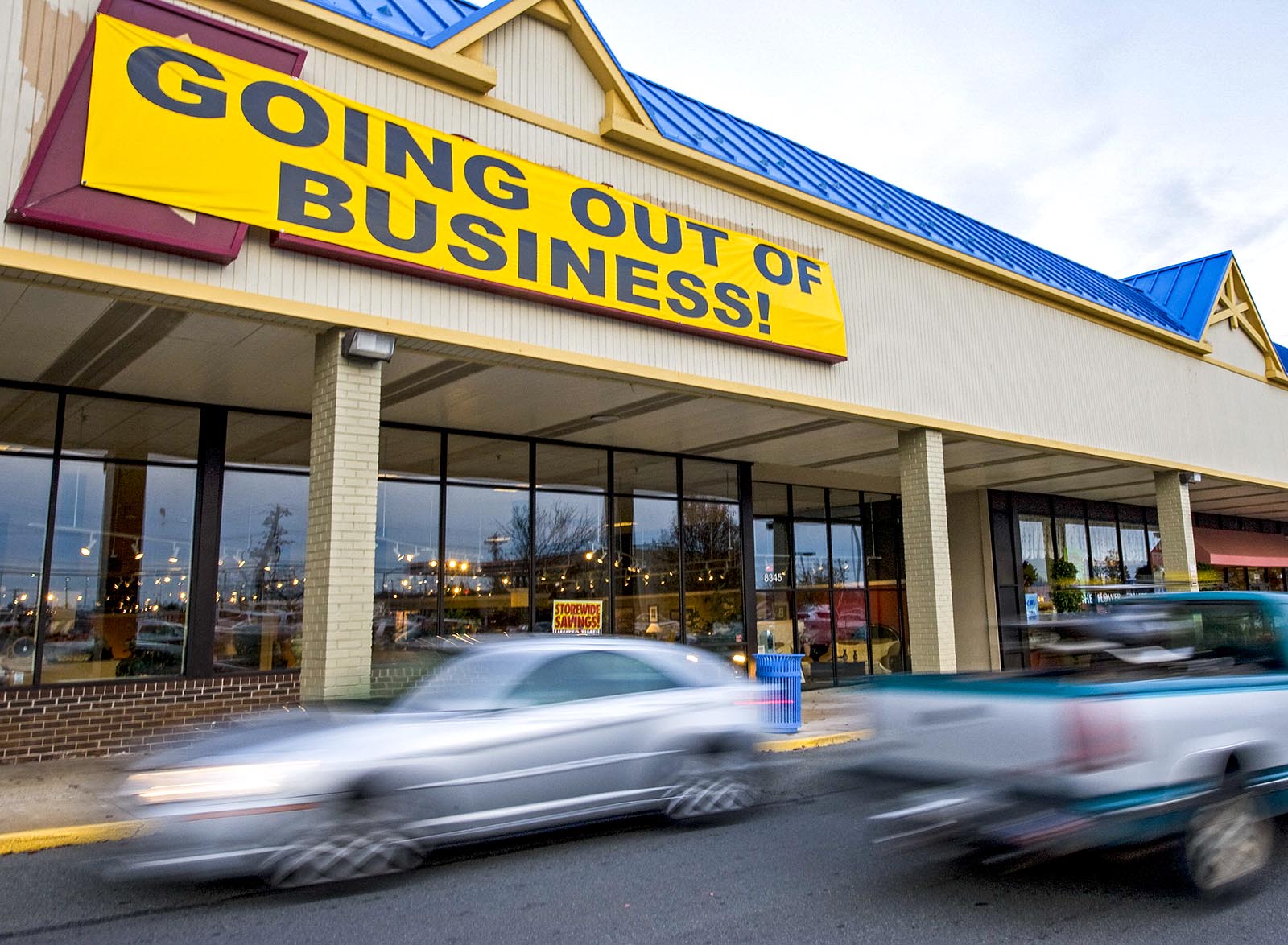 A furniture store posts a "Going Out of Business" sign in a residential strip mall in Manassas, Virginia.

In the wake of the Black Friday rush, it may seem as though brick-and-mortar retail is healthy and thriving. That may not be the case. In the U.S., mall vacancies are at an all-time high, and Sears, a staple of many American malls, filed for Chapter 11 bankruptcy protection on October 15. In the UK, 5,800 stores shut down in 2017; almost double that amount is projected to close by the end of 2018. BRINK News spoke to Mark Cohen, the director of retail studies at Columbia Business School—and a former CEO of Sears Canada—about why legacy brands fail, and what the future of retail holds for companies and consumers.

BRINK News: There appears to be a pattern of legacy brands finding themselves in trouble. They’re not performing as their legacy status would suggest they should. Why does this keep happening?

Mr. Cohen: One of my good friends is a guy named Steve Cooper, who spent most of his life in the turnaround business; now he’s the CEO of Warner Music. He says companies fail for five reasons. One, they fail to recognize mega-trends. So as big as they are, as big as they get, as successful as they become, they become blind and stupid. They become less attentive to things going on around them. They fail to recognize changes in the environment. Sometimes it’s almost comical in that regard.

The second reason they fail is they attempt to grow. If they’re public, there’s this tremendous mandate for them to grow, and if they feel they can’t continue to grow organically, they make investments in other businesses and discover the unintended consequences of unplanned growth. They buy a business of substantial size and don’t realize how complicated it’s going to be to run that business. The third reason, which is linked to the second one, is that they wander from core competencies. They think they’re buying something that they know a lot about when, in fact, they sometimes know nothing about it—and they get completely blindsided.

The fourth one is, he says, very characteristic of public companies: It’s when companies do stupid things to make the quarter come out. They can’t legally cook the books—although some are getting caught doing that. If they don’t do something illegal, they do something stupid, like, they withhold investments in a business, they distort their support for business to conform to a quarterly calendar of reporting. That turns out to be a terrible trap.

The fifth reason is that management becomes riddled with denial. When a problem arises, it’s somebody else’s fault. They don’t take ownership of a problem that they’ve caused and therefore devote themselves to solutions. They just point fingers.

I think large organizations become increasingly vulnerable in spite of their size and purported capability, power and omnipotence. They become, in fact, brittle. What takes decades and decades to build can be broken in a relatively short period of time. Then, often, it can’t be put back together.

BRINK News: The easy log line for trends in retail right now is that e-commerce is decimating brick-and-mortar retail. Does that narrative seem accurate in your view?

Mr. Cohen: It’s not accurate. E-commerce is an enormous disruptive force throughout the industry. It’s a force that emerged 25 years ago, 20 years ago in a big way, and it’s a force that’s still gathering momentum. It’s not decimating brick-and-mortar, because a majority of business is still being done in brick-and-mortar stores, and that will continue, maybe forever.

Not everybody can participate in e-commerce. If you don’t have a credit card, for example, you’re pretty much locked out of doing business on the Internet. If you live in a place where you can’t reliably have a package delivered, and it’s not convenient to have to go to UPS or the post office to pick it up, you’re probably not a devotee of the Internet. There are also a whole host of things customers will continue to want to physically touch, consider, feel, try and then select in person. This is enormously dependent by category.

Virtual and augmented reality are going to create a tremendous boost in the rate of growth on the Internet. You’re never going to be able to touch and feel a sweater, but you may be able to, through a headset that doesn’t make you nauseous, walk down the aisle of the store, pick up a sweater from a fixture, hold it up against yourself, see what you look like wearing it, and then decide to buy it by simply saying, “I want it.” Voice technology is now creeping into the tap-tap-tap keyboard space.

As the mall loses its viability, and ultimately closes or closes down in part, customers don’t shop there and people don’t get to work there.

In general-merchandise sales, the Internet is about 15 to 16 percent of the total business. Maybe it’s pushing toward 17 or 18—it’s still a very small number relative to the total. I don’t think it’s ever going to take over.

BRINK News: What are the obvious next targets for tech giants, such as Amazon, as they move into retail? What are their next steps?

Mr. Cohen: Amazon tipped its hand long ago by looking to move into businesses with direct consumer touch points, where its logistics capability and its various operating technologies can enable it to be successful. I’m thinking pharmaceutical drugs. They bought a company recently called PillPack that’s licensed to dispense prescription drugs in all 50 states, and I think within a year or two, all Amazon Prime customers are going to be given all sorts of motivation to use Amazon as their pharmacy.

I think they’ve been quietly moving into the B2B business in segments like auto parts. They’ve already started to do this in a big way, but haven’t got a lot of publicity. So, Amazon seems to be devoted to ever-widening the breadth of their marketplace both in the consumer and business space, and until they screw up, nothing’s going to stop them.

Mr. Cohen: There are about 1,400 or so shopping malls in the United States. About 230 of those are referred to as AAAs, and these have five or six anchors. These are typically the most heavily trafficked malls in the geography they reside in. If fully tenanted, when a Sears goes out of business, the mall development throws a party and can’t wait to get the space back to break it up into other spaces that are more productive and more attractive.

The other malls are in various stages of the stress. The Bs and Cs and Ds, these have three anchors, two anchors, and in many cases, they’ve lost one or two of those anchors. They’re being called zombie malls because there’s a lot of vacancies, so there’s a lot of darkness inside the mall. As a mall’s business declines, its operator tends to invest less on its upkeep, so the parking lot is not as well-maintained, the lights at night aren’t as well maintained, the security at the mall is not as evident. The mall’s housekeeping becomes less robust. This is kind of a self-defeating spiral triggered by vacancies.

In some cases, they are being redeveloped into lifestyle centers with gyms and day cares and doctors’ offices and things like that, where the space is converted into rent-paying spaces that draw customers. But in most cases, that’s not going to happen, or it’s happening, but it will fail.

BRINK News: What happens if malls disappear? What is the loss to society and to consumers?

Mr. Cohen: The traditional great American shopping mall services a community that’s got a seven-mile radius surrounding it. People shop in the mall. People go to work in the mall.

As the mall loses its viability, and ultimately closes or closes down in part, customers don’t shop there and people don’t get to work there. The trouble with the dislocation of employment is that, though there’s enormous growth in e-commerce, the distribution center that’s being built is maybe 10, 15, 20, 50 miles away. It’s not a transfer of employment. The people who live in that community, who work in the mall, who take advantage of a 77-hour, seven-day-a-week schedule that they can manage around their household needs, can’t commute to a distant location, and can’t conform to a more rigid work schedule.

There’s a societal dislocation that’s been occurring and will continue to occur. It’s a large number of people. They’re all over the United States, and in total, they’re an enormous number of people, as opposed to, say, coal miners in West Virginia or Wyoming. But they’re not getting any attention because they’re distributed all over the place. It’s a shame because they’re really stuck. This dislocation which is emerging—it’s not going to abate.

Mark A. Cohen has over 20 years experience in president, chairman, chief executive officer level positions. Most recently he was chairman and CEO of Sears Canada Inc, chief marketing officer and president of Softlines of Sears Roebuck & Co., chairman and CEO of Bradlees Inc., and chairman and CEO of Lazarus Department Stores. He has also held positions with Abraham & Strauss, The Gap, Lord Taylor, Mervyn’s and Goldsmith’s Department Stores. He has been a professor at Columbia University’s Graduate School of Business since 2006. He is currently Director of Retail Studies.