Why do Women Exit the Labor Market in Asia? 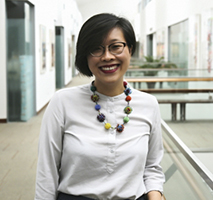 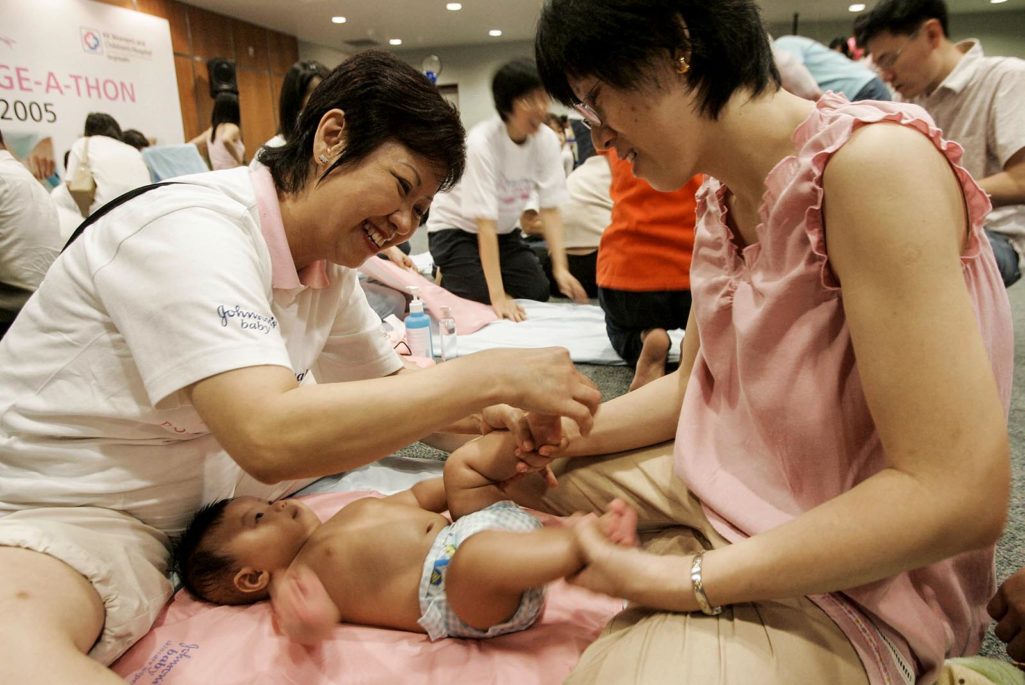 A massage specialist (L) shows a Singaporean mother (R) how to massage her baby at a hospital. Singapore’s labor force participation rate for women continues to decline from the age of 29 onwards.

The societal belief that women must be the primary caregivers for children proves to be particularly discriminatory toward women in the workplace. Such discrimination is destroying labor productivity, hurting birth rates and is especially detrimental for aging economies.

Since the Second World War, women have been playing an ever-important role in the workforce, with the female labor force participation rate increasing since the 1970s in Singapore. This was accompanied by a rise in education of young women, partly led by former Prime Minister Lee Kuan Yew’s call for gender equality in education. However, such progress risks stalling.

Remarkably, 9 out of ten Singaporean women participate in the workforce in their early 20s, a higher proportion than every single rich country in the OECD. Naturally, this declines a little as women give birth through their late 20s and early 30s. However, whereas many countries observe mothers returning to the workforce later in life, Singapore’s labor force participation rate for women continues to decline from the age of 29. For many women, this is a personal choice to devote time to raising families. But this has also fostered a societal belief that successful motherhood and a fulfilling career cannot coexist as women tend to not stay employed long enough.

But motherhood and a career need not be a clean trade-off.

The high exit rate of female workers could be due to discriminatory practices in employment. Working women who wish to be on maternity leave or perform child care duties have a clear disadvantage due to inflexible working arrangements. Some countries such as Sweden, Germany and Singapore guarantee mothers that their old jobs will be available after maternity leave; but this could easily lead to career stagnation or hostility from employers due to difficulty in finding temporary help with the right skillset.

Such discriminatory practices are particularly punishing for highly educated women with career ambitions. Given reproductive age constraints, women with master’s degrees are still working at junior- and mid-level positions when they decide to start their family. Depending on their income level, available financial resources and family support, a basic cost and benefit analysis for junior- or mid-level women workers could lead to a realization that full-time employment is not worthwhile given a combination of mediocre salary, high child care cost and quality time spent with children. This could explain the high drop-off rate for female workers from labor markets.

Motherhood and a career need not be a clean trade-off.

For aging and service-led economies with a persistent low birth rate such as Singapore, educated female workers’ exit from the labor market is particularly damaging as it reduces overall labor productivity, increases dependency on foreign workers with uneven education backgrounds and slows the economy in the long run.

To look at this from another perspective, such discrimination could be the cause of low birth rates among highly educated women. Postponement of childbirth due to pursuing high education is one of the reasons for the decrease in birth rate. However, it is not the only reason. High divorce rates and female longevity mean that it is particularly important for women to have financial independence to enjoy healthy aging.

If societal norms maintain the status quo of the dichotomy of motherhood and a career, women will continue to be forced to exit the workplace right at a time when their careers peak. In a world with increasingly less security, women may be less willing to hand over financial power to their partners. Married women in their early thirties, with their biological clocks ticking, may involuntarily opt out of motherhood or have fewer children to avoid unfair career punishment and losing career progression, financial independence and their multifaceted identity fueled by work. This could be a significant factor behind the decrease in birth rates, especially for highly educated couples who are more financially able to provide for children.

Parenthood, of course, calls for sacrifices, but governments and workplaces must realize that maintaining this false dichotomy will only drive productive female workers out of the labor markets or to opt out of childbirth, which both lead to a decline in sustainable economy and are especially devastating for aging societies.

Singapore faces many challenges from an aging population, but it is more progressive than the U.S., offering paid maternity leave and child care support assistance, while considering the possibility of providing more options for flexible working hours. These policies all lead in the right direction.

By comparison, despite initial optimism toward the “womenomics,” of Japan’s Prime Minister Shinzō Abe, the current arrangement in Japan, for example, leaves little incentive for firms to produce more women-friendly benefits; mothers still face long waitlists for child care that could force them into part time or unemployment, which results in a low supply of female workers and future female leaders.

In Korea, a new set of policies under former President Park Geun-hye granted parents with equal share of child care time, yet the implementation of such policies has proven to be difficult where a majority of women involuntarily leave the job markets post-pregnancy due to hostility from employers and fellow employees, resulting in a huge waste of talent as women have higher academic qualifications compared to men.

Scandinavia’s examples have shown that gender-neutral policies, such as fathers and mothers sharing parental leave, have greatly contributed to an equal division of family obligation and equal participation in job markets. Combining such policies with generous government assistance for child care can indeed help raise birth rates in the long term. It is great that Singapore has already started to trial this model. Even further, it is crucial that parents move toward more equal division of the obligations of child care, especially during early childhood. Equal division of household labor will improve our divided workplaces.

It is not the biological difference that determines one’s work performance, but the expectations of society that set women and men apart. Our entrenched belief that women are the primary caregivers and men the primary earners must change. Singapore already has one of the smallest gender pay gaps in Asia. Now is the chance for the island nation to lead as example and demonstrate that motherhood and a career can indeed coexist. After all, if we all agree that healthy birth rates and a productive labor force are two critical components for sustainable economies, then we must take action to ease barriers and eradicate discriminatory practices against female workers.

The views expressed in this article are the author’s and not of the Centre for Research on the Economics of Ageing, Singapore Management University.

Associate Director (Programmes) at Centre for Research on the Economics of Ageing, Singapore Management University

Jiaming Ju is the associate director for the Centre for Research on the Economics of Ageing (CREA). She is responsible for designing strategy, external engagement and policy programs for CREA while managing SLP operations. Jiaming has seven years of international work experience in economic policy analysis, economic development and higher education. Prior to joining CREA, she ran Nobel Prize economist Joseph Stiglitz’s think tank, the Initiative for Policy Dialogue, in New York.