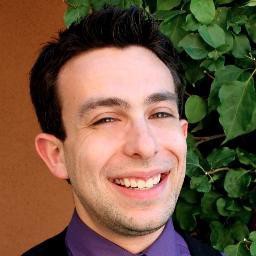 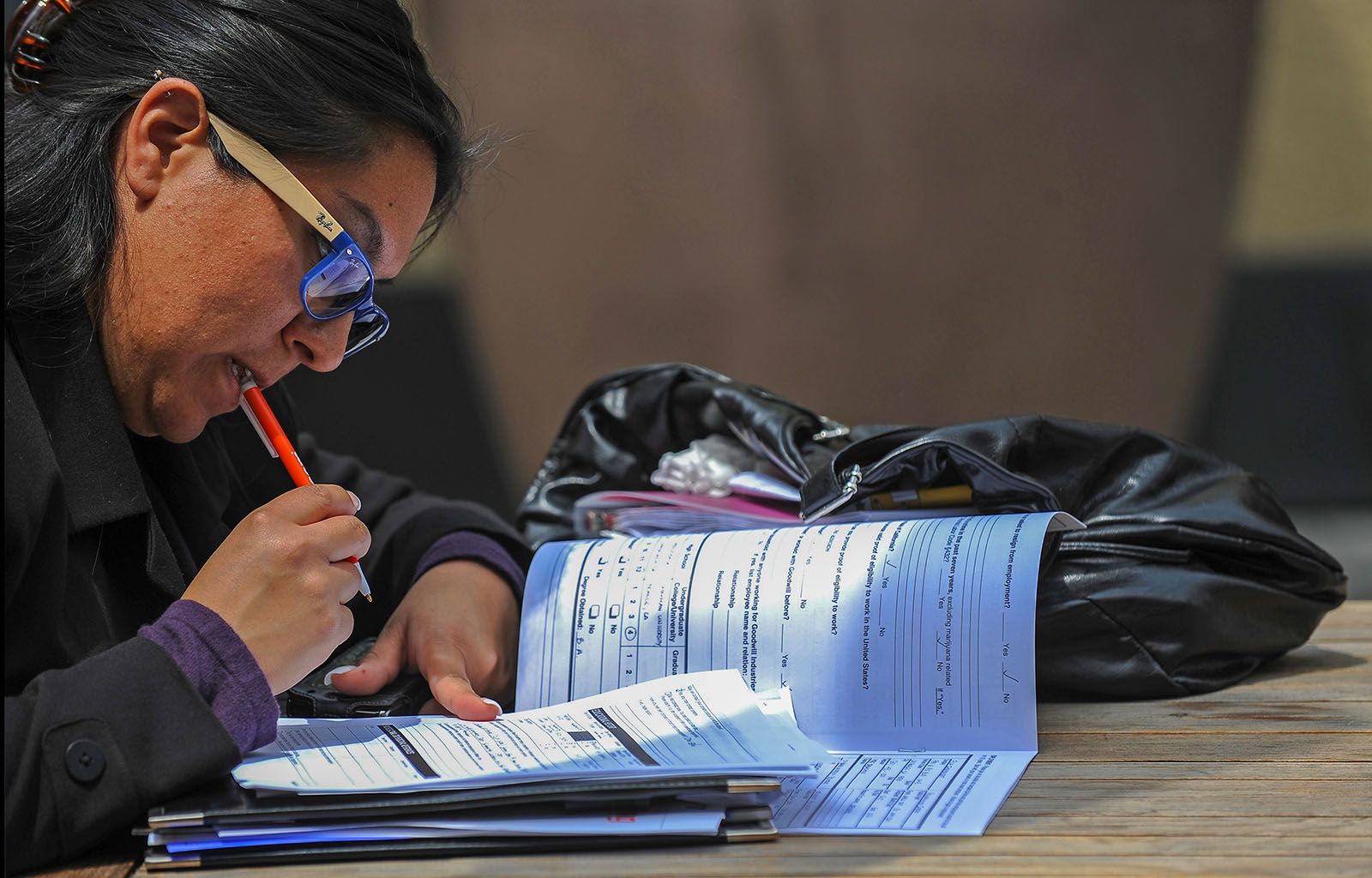 A job seeker fills out a job application at a job fair in Anaheim, California. Job training radically underestimates how long it takes the average person to transition into a high-skill career.

To understand why public job training programs frequently fail to help workers achieve their career goals, I ran one in the San Francisco Bay Area this past year to collect details on the struggles of our participants.

In an upcoming report, which will be available through Tech4America’s Future of Work Initiative, I argue that what we discovered is deceptively simple: Job training in America fails so often because both students and the government have radically underestimated how long it takes the average person to transition into a high-skill career.

Most adults — especially those from disadvantaged backgrounds — have family obligations, precarious financial circumstances and health issues that systematically prevent them from dedicating regular hours to skill building and job searching. Most schools and internships require a full-time commitment, and workers need to dedicate perhaps even more unpaid time to job search and self-study. Even for the few who can take out a loan to hire babysitters and take time off work to get a minimum wage internship, unexpected family emergencies or health issues can derail workers for weeks at a time. These roadblocks can completely knock them off their career path or add months to their timeline beyond what they had originally budgeted.

Over the last year, we learned these hard lessons from the roughly 200 participants who engaged with our pilot program. More than 1,000 people applied or were recruited by our partners, which include a variety of gig companies, vocational training organizations and nonprofits. We then selected applicants who met our eligibility criteria: low-income or interested in a freelance-friendly career, such as data science or IT field repair.

School Is Only a Small Part

We learned that in the most popular occupation among our participants, software development, it can take up to a few years to train a programmer. In our experience, however, most students expected to have a job after six to 12 months, and public support often only paid for expenses for the schooling period.

But school is one small part of job transition. Workers often need to spend months of unpaid time developing basic literacy in a new field prior to being eligible to apply to a school. After graduation, they may dedicate dozens of hours to supplemental courses, networking, job applications, interviews, internships and freelancing before finally landing a full-time job. That job may pay a fraction of their prior salary until they are senior enough to earn more.

The expectation of much shorter timelines, at least in the software industry, stems from the fact that there are many success stories of vocational school graduates landing jobs in just six months. But after I dug further into these stories, I noticed that the people landing jobs quickly were often able to fully dedicate their time to school, self-study and internships. Few have this luxury.

Job Training for a Different Time

In America, job training is only for the young, healthy and unattached. It was designed during a time when people held one career their whole lives and could dedicate their early post-college years to the turbulence of entry-level job search.

Even in favorable conditions, the government does not know how to support people in the coming age of automation, lifelong learning and multiple career transitions.

“I don’t have family to babysit my kids or help me,” lamented one of our participants, who had been learning to become a software developer for over a year after taking a loan to attend multiple boot camps. From a technical perspective, this participant was coming along in her skills, but she would drop out for a week at a time. It was exceedingly difficult for her to make progress toward learning new programming languages or get hired for an internship with this kind of erratic schedule. It was even hard for her to apply to the dozens of internships as she was advised to do because she also had a full-time, low wage job.

Job training is simultaneously one of America’s most well-funded and poorly performing public programs. A recent White House report found that of the $18 billion that state and federal agencies spend on job training, there was virtually no rigorously evaluated program that could be deemed a success. Programs that looked successful often ended up “cream skimming” people who would have done well anyway (which is why randomized evaluation often exposes program failures).

I should note that there are other reasons job training fails. For instance, job training programs may fail because they are run in locations where no job opportunities exist after graduation. But even in favorable conditions, the government does not know how to support people in the coming age of automation, lifelong learning and multiple career transitions.

First and foremost, training programs need to start collecting and reporting on their failures. We encountered extraordinary resistance from tech companies, nonprofits, colleges and state agencies to publicly evaluate their own programs. Few kept details about the outcomes of their participants, and almost no one kept detailed information about why some participants failed. We ended up repeating a lot of mistakes that others had made because of a reluctance to collect and share data on failures. It is hard to describe just how bad the publication bias is in private and public job training programs.

Second, adults with precarious lives could benefit from flexible work. As I was writing this blog post, another participant dropped out of our program because an unexpected work situation increased his hours and he could no longer contribute to a software development job. Public workforce development agencies have been slow to recognize how “gig” and self-employed work could be a path for people who cannot commit to regular work hours. The current crop of policies, such as a controversial California proposal to limit independent contract work (bill AB5), are more concerned with making gig work more like employment than with figuring out how to help people who cannot undertake employment. Workers need support with highly intermittent, part-time, flexible work and unpaid career search activities over a few years (a common strategy in Silicon Valley, where people use “side hustles” as pathway for gradual career transition).

I am optimistic that new models can be found. There are exciting developments in new performance-based program models (such as Income Share Agreements), advances in online schooling and more opportunities for flexible virtual work. I am re-tooling our pilot to include aspects of virtual gig work and apprenticeship.

Based on the available evidence, it is reasonable to presume that the vast majority of programs would be deemed unsuccessful after rigorous evaluation. The government should focus more of its budget on finding what does work before passing sweeping national reform, which would probably just scale antiquated models. It will require significantly more experimentation to discover ways to update our workforce education system.

This piece was originally published on the Brookings Blog.

Gregory Ferenstein is a San Francisco-based writer and teaches math for journalists through the Knight Center for Journalism in the Americas. 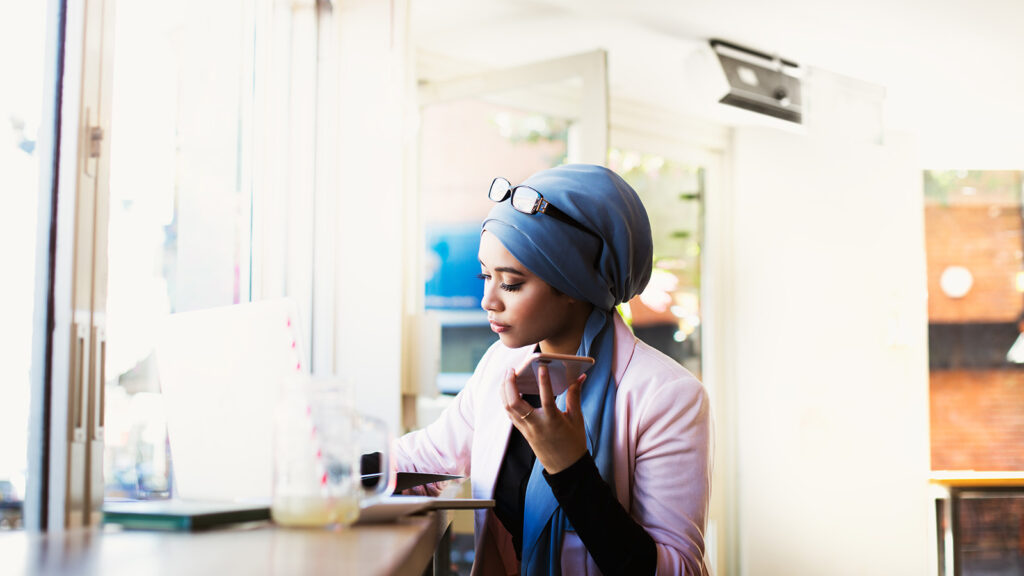 Tracy Hadden Loh Fellow at Brookings Institution
URL: https://www.brinknews.com/why-jobs-training-programs-fail-to-help-workers-achieve-their-career-goals/
Get ahead in a rapidly changing world. Sign up for our daily newsletter. Subscribe
​​