103 Abandoned Coal Plants in China; Here’s What Else is Changing 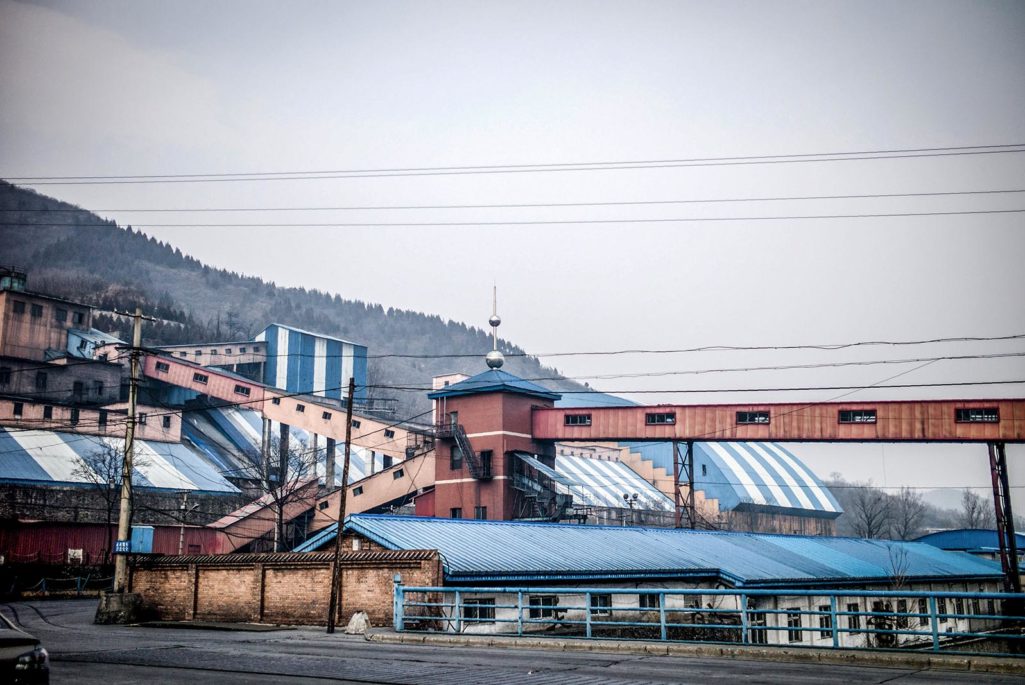 This photo taken on December 12, 2016 shows a coal factory in Mentougou, on the outskirts of Beijing. China's rise to become the world's second largest economy was largely powered by cheap, dirty coal. But with growth slowing to its lowest rate in 25 years, Beijing is beginning to reduce coal's share of the national energy mix.

In recent years, images of China often depict smog-filled cities and coal-fired power plants. It is true that a breakneck speed of development over more than three decades has led to a series of environmental challenges, with cities such as Beijing often subjected to pollution levels multiple times higher than the recommended limit. Other environmental issues, including the effects of climate change, water pollution, high use of natural resources and the pollution of arable land also pose challenges for the world’s most populous nation.

In previous decades, the environment was not prioritized in Chinese policymaking in favor of the very real challenge of sustaining economic growth and raising living standards. However, the severe impact of air pollution on health and a global drive to fight climate change have pushed China to emerge as an international leader in the environmental space. Moreover, as others are progressively backing away from their leadership position, China has shown an increasing willingness to collaborate with the rest of the world to achieve climate goals.

The World Economic Forum is now working with the Chinese government on these issues. At Davos this year, the Forum signed a memorandum of understanding with the China Council for International Cooperation on Environment and Development (CCICED), an organization that gives policy recommendations to China’s State Council. The collaboration will explore how circular and sharing economy models can create a more resource-efficient society in China, also focusing on other areas including oceans, the potential of new technologies to protect the environment, and climate change. (The “circular economy” refers to designing products to be recycled or re-used—it is a shift away from the linear model of making products and then throwing them away.)

As is the nature of the Chinese system, direction and policy action starts at the top. At the 2017 Annual Meeting of the World Economic Forum in Davos, President Xi Jinping signaled that China would stick with the multilateral process, and that others should, too, saying “The Paris Agreement is a hard-won achievement. … All signatories should stick to it instead of walking away from it as this is a responsibility we must assume for future generations.” As the world’s biggest emitter of greenhouse gasses and the world’s second largest economy, China’s newly accepted leadership sends a strong signal to the global community.

As is the nature of the Chinese system, direction and policy action starts at the top.

China has been pushing forward action on the ground to back up the words of the president. China has been shifting away from its reliance on coal, which according to government statistics accounted for 64percent of its energy in 2015, a 3.7 percent drop from the previous year. This has been happening faster than expected: in 2016 China decided to stop building 103 coal-powered power plants that were in the construction or planning phase. As Nuer Bekri, the government official in charge of Chinese energy policy, said in Davos: “Last year we canceled 7.2 million KW of coal energy, we are also suspending, cancelling and delaying coal generation … that approach will create a larger market space for other sources of energy.” He also noted a willingness to cooperate globally, saying: “We will have to enhance international collaboration in the energy field.”

The government sets the direction, but implementation lies with the private sector. As Qiao Baoping, CEO of Guodian, China’s largest (and the world’s second largest) power generator, said in Davos: “Commitments are made by the Chinese government, but they are filled by Chinese businesses such as mine.” The company now has 16 GW of hydro generation capacity and 25.7 GW of wind power capacity—more than any other company globally, and enough to power nearly 30 million U.S. homes. According to the United Nations Environment Programme, in 2016 China increased investment in renewables (excluding hydro) by 17 percent to $102.9 billion, or 36 percent of total global investment. The country now possesses more than 25 percent of total global renewable power capacity.

Another important area for China is the use of raw materials. Throughout its decades of fast growth, China has imported vast amounts of raw materials, contributing to a global commodities boom. This has left a lot of room for improvements in resource efficiency: China uses around 2.5 kg of materials per dollar of economic growth compared with around half a kilo in OECD countries. The country has embraced the circular economy—a model in which waste is reduced and consumer and industrial outputs are re-used as valuable resources. In 2009, China became the first country to introduce a circular economy promotion law to increase the re-use and recycling of materials.

Businesses are also implementing this model, as explained by Yu Xubo, chairman of COFCO—the country’s largest food manufacturing, trading and processing company. “We stick to a re-use and recycle model. Take hog farming for example, we use the bio-gas for energy and we use the bio-slurry […] as organic fertilizer.” Models such as this can increase agricultural productivity in a country with 22 percent of the world’s population and only 7 percent arable land. The circular economy is also gaining traction in China’s many “circular industrial symbiosis parks,” in which companies use the waste of other manufacturers as raw material inputs into their process. For example, in the Suzhou New District, circuit boards are crafted from copper offcuts from other heavier industries.

As China’s economy grows there is a strong policy push to move from an economy focused on investment in infrastructure and exports, to one driven by domestic consumption. As China “rebalances” its economy, it will explore new models of consumption that can provide for its many consumers without destroying the environment. In recent years, technological and business model innovation has given rise to the sharing economy, which has become a strong force in China. The industry is thought to be worth $220 billion domestically and is predicted to grow at 40 percent per year, according to the State Information Agency in Beijing. It is thought that the sharing of goods, such as pooling taxi journeys or sharing products and homes, could pave the way for a less resource-intensive form of consumption.

A World Economic Forum study in collaboration with MIT found that home-sharing could have the potential to provide extra capacity without building hotels, especially around large events when cities experience a surge in visitors. According to the report, Airbnb data from the Rio Olympics shows that home sharing created the equivalent of 257 average-sized hotels during the Games. Similarly, China’s largest ride hailing company, Didi, matches riders going in the same direction. In 2015 it pooled an average of 1.5 million rides a day, saving 510 million liters of fuel.

These steps will be vital as China continues to grow. The environmental challenges faced by the country are those facing many other developed and developing nations. New ways of working among governments, businesses and civil society are critical to create the systemic changes needed to safeguard the global commons. The examples above are just the first step of a much bigger global transformation that all stakeholders should embrace.

James Pennington is a project specialist, Circular Economy at the World Economic Forum. He works on the World Economic Forum’s Circular Economy initiative, leading the work on policy engagement in emerging markets with a key focus on China and the African continent. Prior to the Forum, he worked for the London based think tank Chatham House, and consulted for the British Foreign and Commonwealth Office.

Alex Chapman Senior Researcher at The New Economics Foundation
URL: https://www.brinknews.com/103-abandoned-coal-plants-in-china-heres-what-else-is-changing/
Get ahead in a rapidly changing world. Sign up for our daily newsletter. Subscribe
​​