After Demonetization, What’s Next for Indian Banks? 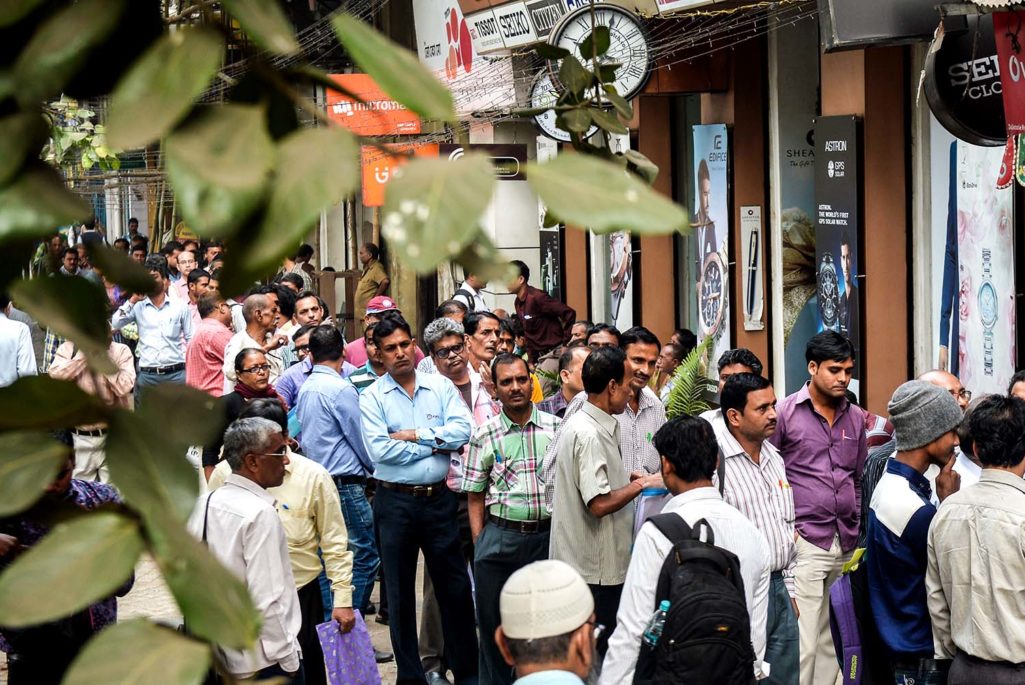 People stand in a queue in front of a private sector bank in Kolkata on November 28, 2016. Similar scenes were witnessed all across the country following the announcement of the government's demonetization scheme.

In the immediate aftermath of India’s move to demonetize high-value currency, in which Rs500 and Rs1,000 denomination notes were withdrawn from circulation, bank branches and ATMs became symbolic of the “pulse” of the public reaction. At the center of it, the banking industry was executing this policy. The move affected 86 percent of the currency in circulation, or some INR15 trillion ($200 billion), which ceased being legal tender.

A new report by Oliver Wyman and Ambit states that while the final numbers emerging on demonetization suggest that the Indian banking industry has successfully weathered the immediate operational storm arising from this policy step, demonetization has also presented significant opportunity for banks that can adapt swiftly to the changing environment.

Exhibit: 97% of demonetized money was deposited in banks and ~60% of it has already been remonetized Following the demonetization announcement, banks in India witnessed an unprecedented surge in deposits. The net increase in deposits at banks between October 28 and December 23 was INR5.23 trillion, almost twice the amount deposited during the previous six months of the financial year. As a result, year-on-year (YoY) deposit growth spiked to 14.5 percent in mid-December 2016, compared to an average of 10 percent YoY growth before demonetization. This marks an almost 50 percent increase in the growth rate of deposits.

Exhibit: YoY growth in deposits in the banking sector: Sharp increase in December 2016

The outstanding loan book of Indian banks contracted by INR640 billion (1 percent of the loan book) to INR73.4 trillion between October 16 and December 16.

There are a number of broad macroeconomic trends that will determine the medium- to long-term impact of demonetization on the strategies of Indian banks.

Excess liquidity. For banks, demonetization has led to a surge in deposits and a reduction in the size of their loan books. This led to various banks cutting their deposits rates in the range of 25-100 basis points, followed by aggressive lending rate cuts. Despite the lower funding costs due to the excess liquidity and extent of remonetization, credit demand remains the dominant driver of the banks’ net interest margins (NIMs) and will continue to drive profitability.

Slowdown in consumption resulting in slower credit demand. Historically, India has seen a strong correlation between GDP growth and credit growth, with credit growth to nominal GDP growth ration (multiplier) being at about 1x. This multiplier usually expands in periods of high GDP growth and contracts when GDP growth slows down. The multiplier, which had increased to 2.2x during the high GDP growth phase of FY05-07, has come down to 1x during the low GDP growth period of FY14-16 due to weak private capital expenditure. Given the expected weak GDP growth, the loan book of Indian banks is expected to grow at about 7 percent CAGR between FY16-18.

Transition to digital transactions. One area that demonetization has had a positive impact is the uptake of digital transactions. The Indian central bank’s electronic payment system indicators show an increase across payment types after demonetization. However, as the cash comes back into the system, there is going to be a pressure on digital modes given that customers may switch back to engaging in more cash transactions—something that was already witnessed in January 2017. With the government actively promoting the adoption of digital payments through apps like BHIM, the next few quarters will be important in assessing the rate of adoption and the sustainability of digital transactions in the country.

Based on media reports and the Oliver Wyman and Ambit Capital teams’ private conversations with banks, we realize that apart from some industry leaders, a majority of the banks have already started treating demonetization as an event of the past, with no major implications on their future strategies. This is largely because most believe that the impact of demonetization was temporary.

We would like to challenge this view—it is important for banks to identify the undercurrents that resulted from demonetization, in addition to acknowledging that there is a definite push by the government to ensure sustained impact, whether by lowering transaction charges, introducing payment apps, or through big data initiatives of the income tax department.

The agenda for Indian banks outlined by Oliver Wyman earlier has only been accelerated, with demonetization acting as a catalyst. Further, there is clearly substantial opportunity for banks to remain and even become more competitive in the evolving environment. Five specific strategic initiatives that banks can take in the near term:

While the period in which currency notes had to be exchanged was a time of severe pressure for Indian banks and could lead to near-term pain, there is a clear opportunity for banks to differentiate themselves and take a lead over their peers. This will be dependent on how swiftly and efficiently they can implement strategic and transformative initiatives and adapt better to changing times.