America Can Afford a Green New Deal—Here’s How 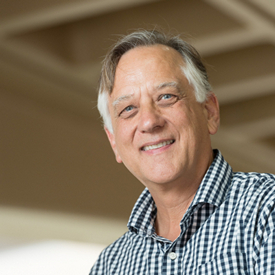 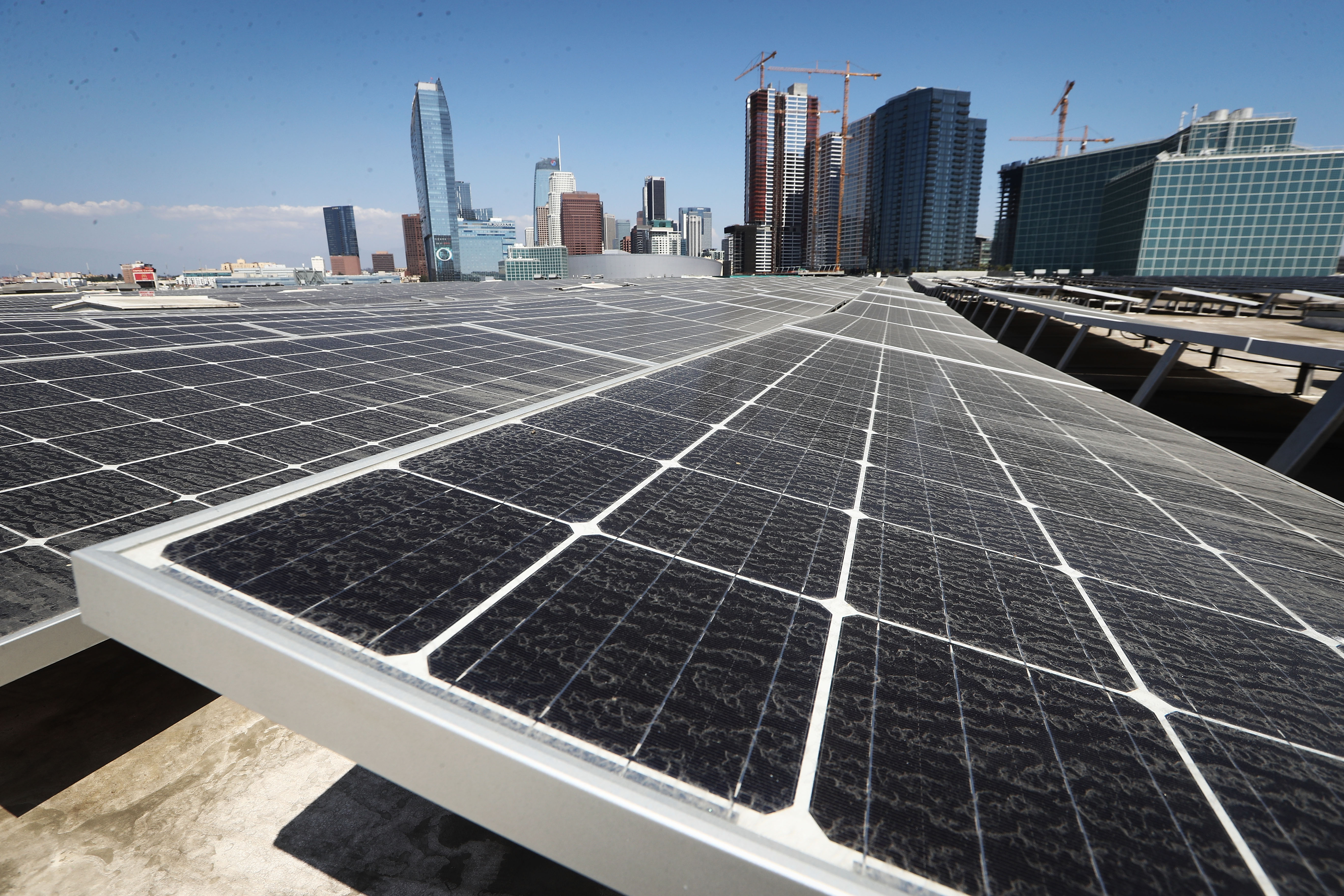 Solar panels mounted atop the roof of the Los Angeles Convention Center, September 2018. The solar array of 6,228 panels is expected to generate 3.4 million kilowatt hours of electricity per year. A landmark bill committing the state to 100 percent clean energy by 2045 was signed by California Governor Jerry Brown.

U.S. Rep. Alexandria Ocasio-Cortez and Sen. Ed Markey are calling for a “Green New Deal” that would involve massive government spending to shift the U.S. economy away from its reliance on carbon. Their congressional resolution goes into great detail about the harms of climate change and what the U.S. government should do about it.

Left unanswered, however, is how America would pay for it.

Some commentators have been calling a Green New Deal unaffordable, with some estimates putting the bill for complete decarbonization at as high as $12.3 trillion.

As the author of the United Nations Environment Programme’s Global Green New Deal—a plan to lift the world economy out of the 2008-2009 Great Recession—I disagree. I believe there are two straightforward ways to cover the cost and help accelerate the green revolution, while lowering the overall price tag.

What Would a Green New Deal Cost?

Before we talk about how to pay for it, first we need a rough idea of how much it might actually cost.

For starters, it’s important to be realistic. Rather than putting a price tag on going 100 percent renewable—which would take decades—I believe we should figure out how much to spend over the next five years to build a greener economy.

Ambitious efforts to foster green energy during the Great Recession are a good place to start.

In total, the world’s largest 20 economies and a few others spent $3.3 trillion to stimulate economic growth. Of that, more than $520 billion was devoted to “green investments,” such as pollution cleanup, recycling and low-carbon energy.

The U.S. share of that was about $120 billion, or about 1 percent of its gross domestic product. Around half of this went toward energy conservation and other short-term energy efficiency investments to quickly shore up the then-nascent recovery and generate employment.

More Expensive Than the Great Recession

The stimulus may have spurred some growth in renewable energy, but it didn’t do much on its own to reduce carbon emissions permanently.

Another country that made fairly big green investments during the Great Recession was South Korea, which promoted “low carbon, green growth” as its new long-term development vision. It allocated $60 billion, or 5 percent of its 2007 GDP, to a five-year plan.

But in the end, South Korea may have spent only $26 billion on low-carbon energy and failed to adopt pricing reforms and other incentives to foster renewables, such as phasing out fossil fuel subsidies, pricing carbon and improving regulatory frameworks. The result was only a modest improvement in energy efficiency, and carbon emissions have continued to rise.

In other words, the price tag of a Green New Deal that would make a difference would have to be much higher than what governments like the U.S. and Korea actually spent during the Great Recession.

The original South Korea five-year plan, however, to spend 5 percent of GDP seems about right, as a best guess of the public investment needed to decarbonize a major economy through a green growth strategy. So if we use Korea as a starting point, that means the U.S. would need to spend around $970 billion over the next five years, or $194 billion annually.

How To Pay for It

The first thing to bear in mind is that a Green New Deal should be covered by current rather than future revenue.

A common way for Congress to pay for the cost of a new program or stimulus is by deficit spending. So the U.S. borrows the money from investors and then eventually has to pay it back through taxes down the road.

With the federal deficit projected to reach $1 trillion in 2019, increasing it by several hundred billion more—even if for a good cause—is not a great idea. Ballooning deficits add to the national debt, which is already $22 trillion and counting.

Saddling future generations of Americans with unsustainable levels of national debt is just as dangerous as burdening them with an economy that is environmentally unsustainable. Deficit spending is warranted to boost overall demand for goods and services when unemployment rises, when consumers do not spend, or when private investment is down.

It Must Pay for Itself

When that is not the case, I believe efforts to grow green sectors should pay for themselves.

So the U.S. would have to find new revenue sources to finance additional government support for clean energy research and development, greening infrastructure, smart transmission grids, public transport and other programs under any Green New Deal. Two of the main ways to do that would be by raising new revenues or finding savings elsewhere in the budget.

On the revenue side, I believe passing a carbon tax is one of the best ways to go. A $20 tax per metric ton of carbon that climbs over time, at a pace slightly higher than inflation, would raise around $96 billion in revenue each year—covering just under half the estimated cost of the Green New Deal. At the same time, it would reduce carbon emissions by 11.1 billion metric tons through 2030.

In other words, not only does it help raise money to pay for a transition to a green economy, a carbon tax also helps spur that very change.

In terms of savings, the removal of fossil fuel subsidies is a particularly appropriate target. Consumer subsidies for fossil fuels and producer subsidies for coal cost U.S. taxpayers nearly $9 billion a year. These subsidies could be shifted instead to cover some expenditures under a Green New Deal.

And again, doing this would accelerate the transition to cleaner energy.

One option is to simply impose a higher carbon tax. A $20 tax would put the U.S. roughly in the middle among countries that currently impose carbon taxes. But doubling it to $40 per ton would raise an additional $76 billion annually, or $172 billion in total, as well as reduce 17.5 billion metric tons of carbon by 2030.

Another idea is to raise taxes on the highest-earning Americans. For example, imposing a 70 percent tax on earnings of $10 million or more would bring in an additional $72 billion a year.

But it’s also possible that the cost of decarbonizing the economy may fall over time.

For example, the drop in emissions accompanying the carbon tax should lower the price tag in a way that’s hard to estimate today. The right policies and reforms would also help lower the costs.

The Cost Would Fall Over Time

In a sort of “chicken and egg” effect, as economists Ken Gillingham and James Stock have shown, green innovations spur demand, which leads to more innovation, all of which ultimately reduce costs. One illustration is electric vehicle purchases, which will stimulate demand for charging stations. Once installed, the stations will reduce the costs of running electric vehicles and further boost demand.

The Green New Deal as proposed by Rep. Ocasio-Cortez and Sen. Markey would be expensive. But what policies are adopted and how we choose to pay for it could ultimately determine the plan’s success and whether we can afford it.

This piece originally appeared in The Conversation

Edward B. Barbier is Professor in the Department of Economics, Colorado State University and a Senior Scholar in the School of Global Environmental Sustainability. He has served as a consultant and policy analyst for a variety of national, international and non-governmental agencies, including many UN organizations, the World Bank and the OECD.

Sydney Hedberg Director at Marsh McLennan
URL: https://www.brinknews.com/america-can-afford-a-green-new-deal-heres-how/
Get ahead in a rapidly changing world. Sign up for our daily newsletter. Subscribe
​​