Are Asia’s Insurers and Insured Prepared for Aging Boom? 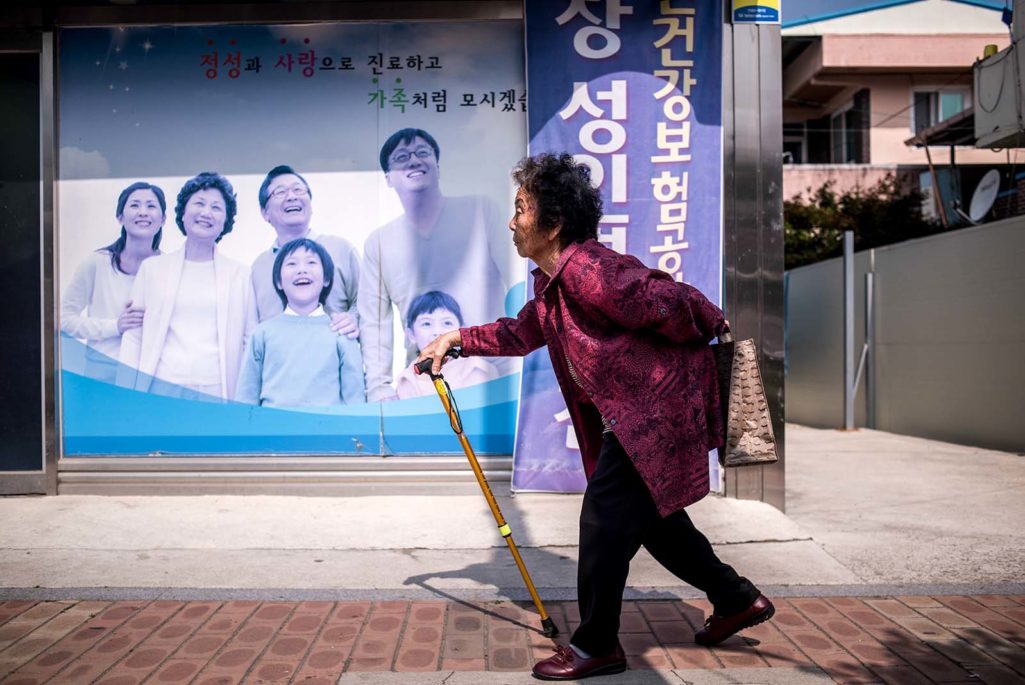 By 2030, a quarter of all South Koreans will be over 65 years old, and the overall population is expected to peak at around 52 million the same year before entering a period of steady decline. This so-called 'silver tsunami' poses a major challenge for Asia as the young, working-age population declines and the cost of caring for the elderly escalates.

The Asia-Pacific (APAC) region is aging faster than anywhere else in the world with an expected increase of 200 million elderly people (aged 65 and above) by 2030. The aging population is driving an increase in noncommunicable diseases (NCD)—such as diabetes, cancer and heart disease—and ultimately leading to a substantial increase in insurance premiums that could threaten the affordability and sustainability of the insurance model.

Those are some of the major findings in a new report, Societal Aging’s Threat to Healthcare Insurance.

Increasing NCD Prevalence and its Impact

Asian societies are aging at an unprecedented pace and scale, and by 2030, they will record a 71 percent increase in the number of elderly people, compared to 31 percent in Europe and 55 percent in North America. In Singapore, for example, the elderly population is expected to rise from 11 percent to 20 percent over the next 15 years, while it took 49 years for the same to happen in France.

The prevalence of noncommunicable diseases increases significantly with age. For example, analysis of South Korea’s National Health Insurance database found that adults above 65 years of age were over 10 times more likely to have coronary heart disorder than those aged between 25 and 44 years. Similarly, in Australia, the elderly represent 15 percent of the total population but consume 36 percent of all medication prescribed in general practitioner clinics.

Taken together, the rapid aging of societies is expected to significantly drive up NCD prevalence, with the number of NCD cases across APAC estimated to increase by an average of 40 percent between now and 2030.

The significant increase in NCDs across APAC will put great pressure on societies, both in terms of existing health care infrastructure capacity and the growing economic burden of paying for treatment.

The direct cost of treating NCDs can amount to many thousands of dollars’ worth of medical bills a year, accounting for a significant share of personal income. The chronic nature of many NCDs means that these costs will continue to mount during the patient’s lifetime. In addition, the economic burden of NCDs is compounded by substantial indirect costs, such as reduced productivity or loss of employment of patients and caregivers. Concurrently, medical inflation is driving the cost of treatment higher still. A 2016 survey reported that medical insurance costs in Asia grew by an average of 10 percent for the year, far outstripping GDP growth.

While private insurance is becoming increasingly important for health care financing, the rising burden of NCDs will cause steep increases in the cost of insurance premiums, potentially restricting its public affordability. The increase in the prevalence of NCDs due to societal aging could drive up health care insurance premiums by as much as 157 percent by 2030 in some places (Exhibit 1). The increase in the cost and prevalence of NCDs, if unabated, will challenge the viability of the current insurance model. Consider the following:

As shown in Exhibit 2, as disease prevalence increases, the difference between premiums paid by customers and their insurance coverage limit will converge (that is, the CVR approaches 1). Therefore, the continued increase in NCD prevalence will lead to higher premiums for consumers, lower margins for insurers, and will ultimately threaten the viability of the current insurance model.

A Roadmap to Sustainable Insurance Models

Ensuring the sustainability of insurance models requires innovative solutions to transform health care from a supply-oriented industry to a consumer-centric, data driven, integrated and coordinated network of care providers that focus on “whole-person” health and deliver significant new value to customers.

Consumer-centric market. This goes beyond viewing health care only when a patient is sick and in need of care. It involves providing a platform to engage and empower consumers to make informed decisions for themselves and their families in the health space.

Integrated health care. This entails leveraging technologies to facilitate the delivery of coordinated care across a network of providers, thereby improving the efficiency of the health care system through reducing wastage, developing value-based pricing, and delivering better outcomes for patients.

With the economic growth in Asia expected to remain resilient, one major challenge for governments, insurers, and individuals to mitigate is the rising prevalence of NCDs and the burden on the health care system. Alongside the growing importance of private pension plans in contributing to the overall financial security for retirement, private health care insurance plays an increasingly important role in health care financing as government budgets tighten and as the need and cost of health care grows.

However, the continued rise in NCD prevalence (driven in part by societal aging) will erode the affordability of health care insurance. A recent review of private health care insurance in Singapore was conducted in response to the increasing number of claims and cost per claim. To reduce the risk of overconsumption and improve awareness of costs by both providers and consumers, the review committee recommended increasing deductibles and co-payments. This, in effect, transfers a greater financial burden to individuals. Therefore, there is a requirement for innovations and strategies to prevent NCDs and deliver health care more cost-effectively, to contribute to the sustainability of the insurance model and the broader health care system.