Book Excerpt—Putting the Genie Back: Solving the Climate and Energy Dilemma 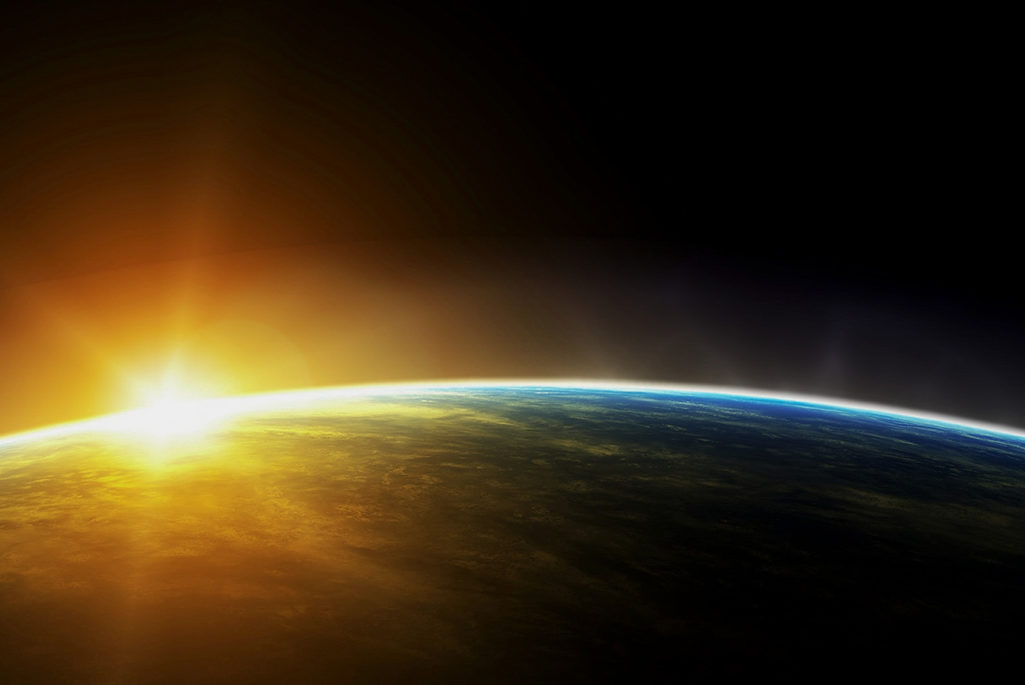 Sun rises over the Earth.

A new book by David Hone, chief climate change adviser at Shell, Putting the Genie Back: Solving the Climate and Energy Dilemma, takes the reader on a journey through the climate change issue and the transition in the energy system that must be implemented to finally address the issue.

Hone is a chemical engineer with 37 years’ experience in the oil and gas industry. As a long-time climate commentator, his goal has always been to tackle the issue from an engineering perspective; based on data, built on facts and without the histrionics and emotion that have come to define this subject in many quarters. The book includes aspects of both climate science and energy system transition, as illustrated by the two excerpts below.

Global temperature data can be challenging to analyze. El Niño events can be categorized, with the events of 1997-98 and 2015-16 both listed as Very Strong. 1972-73 and 1982-83 were also Very Strong events, giving a total of four such events over the last 40 years. Each of these events led to a temperature spike in the global record as reported by the U.S. National Oceanic and Atmosphere Administration (NOAA).

This data shows an almost perfect linear trend over recent decades, with the Very Strong El Niño same year global temperature anomaly rising monotonically at 0.19 degrees Celsius per decade. There is no sign of a pause in warming or acceleration, at least over the last 40-plus years. Extending the trend into the 2030s indicates that a future Very Strong El Niño event in that period would result in a 1.3 degree Celsius temperature rise against the 20th century average, which is about the equivalent to 1.5 degrees Celsius above pre-industrial levels in the NOAA time series (using the late 19th century as a proxy for pre-industrial).

The data for the last half century for comparable El Niño event years and coinciding with a rise in atmospheric carbon dioxide from 315 parts-per-million (ppm) to 400 ppm (vs. 275 ppm to 315 ppm over the century before that) indicates that the underlying surface temperature trend is rising consistently, despite the noise associated with year on year fluctuations of the Southern Oscillation (El Niño and La Niña) and other phenomena. This data noise has given rise to claims of both no global warming and accelerating global warming. The reality is sobering enough, even without the histrionics from some observers.

But a further question to ask is when did the current upward trend really start in earnest and therefore what is the temperature rise today against a pre or early industrial (i.e. 1750-1850) baseline? This is an important question as there is now the established desire to keep warming well below 2 degrees Celsius, but with the real prize being to limit this even further and ideally to 1.5 degrees Celsius.

On the issue of climate change, ‘The reality is sobering enough, even without the histrionics from some observers.’

If the current strong warming trend started in the middle of the last century, say in the post-war boom, then at 0.18 degrees Celsius per decade this results in warming over the period of nearly 1.2 degrees Celsius. The 1950s were also presumably warmer than the 1850s as carbon dioxide levels had risen by some 30 ppm over that period, which argues for the current level of warming to be something more than 1.2 degrees Celsius.

A visit by President Barack Obama to India and his discussions on climate change with the Indian Prime Minister Narendra Modi threw the spotlight on the global development pathway and its energy needs. But it was a BBC report from India at the time that highlighted the issue. It was about Santosh Chowdhury, a gentleman who lives in the village of Rameshwarpur in Orissa, an eastern state. According to the BBC report, Mr. Chowdhury had just bought a refrigerator, which may seem unremarkable—but it was the first fridge in his village. Now the thing about a refrigerator is that, unlike many other domestic appliances, it requires a reliable electricity supply 24 hours a day, 365 days a year. This means that Mr. Chowdhury needs a grid connection capable of sending electrons his way at any time throughout the day.

Because the fridge needs electricity on a continuous basis, this excludes local intermittent renewable energy as the primary provider unless a reliable backup or energy storage mechanism is available. In India, given cost considerations, the baseload electricity that guarantees reliable delivery will likely be generated with coal although India is also looking toward nuclear. Solar energy will augment this and at certain times may provide for all Mr. Chowdhury’s needs. But unless the town spends considerably more money and installs a more complex micro-grid system with battery capacity, the dependency on coal will continue, at least in the medium term.

But the story doesn’t end there. The lack of fridges in Rameshwarpur reflects the situation across the whole of India. In 2016 only about one in four of the country’s homes contained a fridge. That compares to an average of 99 percent of households in developed countries. In 2004, 24 percent of households in China owned a fridge. Ten years later this had shot up to 88 percent, or some 400 million refrigerators. India has about 250 million households, which approximates to 60 million fridges today. By 2030 as population rises, as people per household likely decline, and as fridge ownership approaches Chinese levels, India might have 400 million fridges.

So, Mr. Chowdhury’s purchase and many others following will mean that India needs to produce more fridges—over 300 million more. This fridge is the start of a long industrial chain. It means India needs more refrigerator factories and chemical plants to make the refrigerant. The refrigerators will be made of steel and aluminum, which means mining or the import of ores, refining, smelting, casting, stamping and transport. These need coal, gas or oil. Coal is needed for smelting iron ore as it acts as the reducing agent, producing carbon dioxide in the process. The intense heat required in the processes is most easily and economically provided by coal or gas, although given time electricity will doubtless make its way into these processes.

Then these materials must be shipped from mines to refineries to manufacturing plants to distribution depots, and then to wholesalers, to shops and finally to Mr. Chowdhury’s home. Although electricity is starting to appear in the transport sector for lighter vehicles, except for railways, it isn’t yet the energy provider for heavy transport. In India, rail transport is extensive, and while electrification is making good progress, there is still a large role for oil.

With a refrigerator, family life for the Chowdhurys will undoubtedly improve. It will be easier to manage food supply and meal preparation, so productivity in other areas may well rise. This could translate to more income, further purchases and perhaps the first opportunity for air travel, which will almost certainly be powered by a hydrocarbon fuel.

Mark Campanale Founder and Executive Chair of The Carbon Tracker Initiative
URL: https://www.brinknews.com/book-excerpt-putting-the-genie-back-solving-the-climate-and-energy-dilemma/
Get ahead in a rapidly changing world. Sign up for our daily newsletter. Subscribe
​​