Can Cities Crack the Climate Challenge? 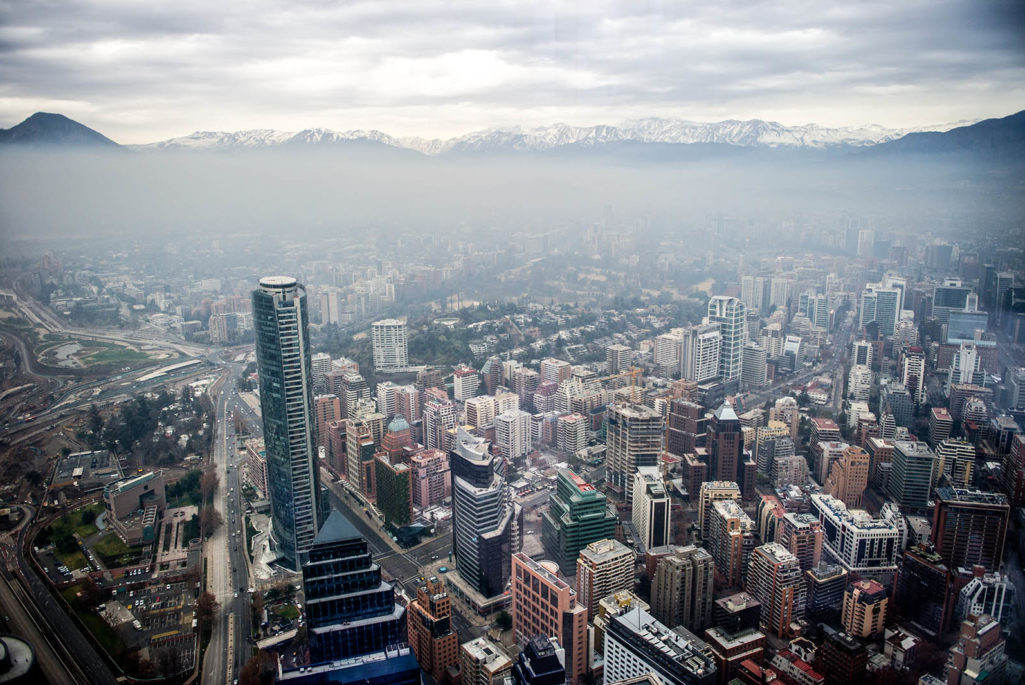 Overview of Santiago showing a layer of smog caused by emissions from local industries and the growing number of cars, on August 1, 2015.

Cities have to be the primary actors in the fight against climate change.

Currently, cities are home to more than half of the world’s population and they generate more than 80 percent of all GDP. As they consume nearly 75 percent of global energy, they are responsible for a similar share of the world’s energy-related greenhouse gas emissions. And they are growing at a staggering rate.

Worldwide, the urban population is growing by more than 1.2 million people a week and enormous levels of investment are flowing into urban expansion and the underpinning infrastructure. These investments will lock cities—and therefore the world—into either a higher or a lower carbon development path for decades to come.

Analysis shows that when added up, delivery of these pledges would not fully close the gap between “business-as-usual” emissions and the levels required if the world is to have a good chance of avoiding dangerous levels of climate change. More needs to be done and cities could be the actors to do much of it.

Recent analysis for the Global Commission on Economy and Climate has explored the potential for cities around the world to adopt a number of already available low carbon measures in the buildings, transport and waste sectors. These measures include things like promoting more efficient buildings with more renewables and better appliances, more compact cities that generate less transport demand (and that have more public transport and more efficient, lower-emission vehicles for the demand there is), more recycling and better waste management. None of this is rocket science. The technologies are already tried and tested; they just need to be much more widely adopted.

If national governments have overlooked this potential in the pledges that they have made—and if these national pledges only add up to half of those required to avoid dangerous climate change—then the analysis suggests that cities could deliver up to 40 percent of the difference just by adopting these readily available measures. Critically, it also shows that adopting these measures in cities around the world makes sound economic sense. Under realistic conditions, these measures would generate enormous reductions in the energy bills of cities and the people and businesses within them.

Country pledges to reduce effects of climate change still fall short, cities could be the actors to close the gap.

The analysis estimated that the stream of savings for the world’s cities would have a current value of $16.6 trillion in the period to 2050. As impressive as this figure is, it is important to note that it excludes the multiple social benefits that could also accrue, relating, for example, to reduced congestion, reduced air pollution and improved public health. Of course, this begs the question: Why aren’t cities already adopting measures such as these if they generate such significant social and economic benefits?

A quick answer is that many cities are doing just that, and that more and more cities are following suit. But with a little more support, and easier access to finance, many more cities would also be able to do so.

Support is needed as cities—and especially those in lower- and middle-income countries—frequently lack the powers and the capacities needed to steer their own development. The policy levers needed to do so tend to be found in, for example, the economic, energy, transport, housing and planning departments at the national, regional and local levels.

Tackling these issues requires a coordinated, cross-sectoral, multi-level approach that is frequently absent. However, providing a compelling economic case for urban action on climate change can help to move the issue from what unfortunately are often weak and peripheral environmental departments into the mainstream of policymaking.

But even if appropriate policy arrangements can be put in place, the financial capacities for climate action are often lacking. Many cities lack the sufficient credit rating and find it hard to access investment finance, even when they are faced with a sound economic opportunity. Short-termism means that investments with slightly higher upfront costs are overlooked, even if they are shown to have substantially higher returns in the medium to long term. And risk aversion means that decision makers tend towards “business-as-usual” investments rather than unfamiliar alternatives, dismissing approaches that have been tried and tested elsewhere, as they “were not invented here.”

The barriers to change can be formidable, but international and national action is helping to create a context in which they can be more readily overcome. The support is not only top-down; city-to-city learning is playing a major role, and success stories and best practices are frequently being scaled up and rolled out.

But if an international agreement between national governments in Paris recognized and supported the potential for climate action in cities more effectively, then the goal of avoiding dangerous climate change could be brought within reach.

Andy Gouldson is a professor of Environmental Policy and associate pro-vice chancellor of the School of Earth and Environment at the University of Leeds in the UK. He is also deputy director of the ESRC Centre for Climate Change Economics and Policy, Editor of Environmental Policy and Governance and a visiting professor at the University of Bristol. He is an interdisciplinary environmental social scientist who has worked on the relations between economic development and the environment since 1990. He sits on the expert advisory panel on social sciences for the UK Department of Energy and Climate Change and the UK Department for Environment, Food and Rural Affairs.

Clarke Murphy former CEO of Russell Reynolds Associates
URL: https://www.brinknews.com/can-cities-crack-the-climate-challenge/
Get ahead in a rapidly changing world. Sign up for our daily newsletter. Subscribe
​​