March 15, 2016 An interview with
Will Allen
Founder and CEO of Growing Power 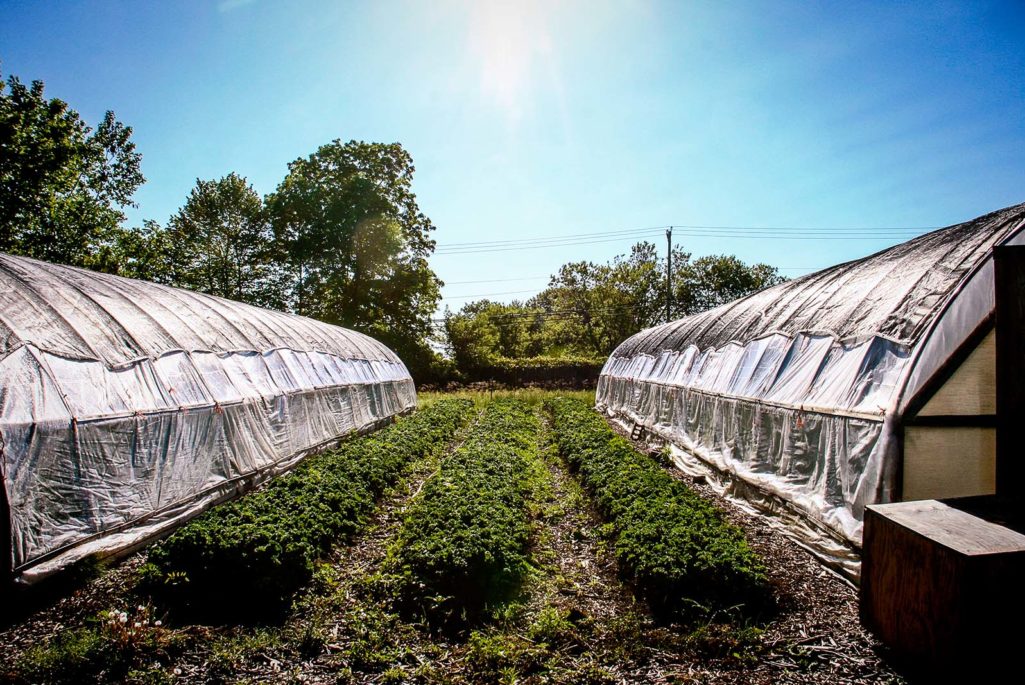 Will Allen likes to get his hands dirty, literally. The former professional basketball player and corporate businessman, 2008 MacArthur Foundation “genius grant” recipient and pioneering urban farmer is founder and CEO of Growing Power, an organization that works to provide access to healthy, sustainable food in urban settings. His group provides hands-on training, practical demonstration projects and technical assistance through community food systems. Growing Power is involved in projects dotting the globe from Haiti to South Africa. Headquartered out of a working farm in Milwaukee, Growing Power is working on projects such as a prototype five-story vertical farm in an impoverished area the heart of the city.

The world is becoming increasingly urbanized. Today, some 54 percent of the world’s populations live in cities; by 2050, that percentage is expected to reach 66 percent, an increase of 2.5 billion. Urban farming could be a vital global factor in the complex calculus needed to address the growing issue of food scarcity.

BRINK spoke with Allen about his organization’s work, how it could scale up to the global level and some of the risks and challenges of applying the principles of urban farming in the developing world.

One of the UN Millennial goals is to end hunger, achieve food security and improve nutrition and promote sustainable agriculture. How do you think the global community has done so far in attaining that goal?

I think there’s been some good movement. Of course, we’re a long way away from beginning to achieve that, to develop local food systems, because I believe the only way to really reach those goals is to do it on a local level.

How does that begin to take place?

We’re involved in several projects overseas. Our protocol is to bring folks from those countries over to the U.S. We train them for several weeks. It could range from two weeks to six weeks, or even longer if they have the right visas. They go back to their home countries and use that training and start building infrastructure, and then we would follow up by going over there and helping them build infrastructure. In this case, it was building a hoop house so that they could grow throughout the year because of the high temperatures and so forth.

The biggest challenge that we have is the fact that we don’t have enough farmers.

What are the biggest challenges to making this vision of locally grown food come to pass?

The other challenge is soil, having a good environment to be able to grow food. Most of the soil is contaminated, regardless of where you go around the world. Our cities, our suburban areas, rural areas. Where we do a lot of chemical farming, factory farming contaminated the land. It takes several years to reduce that contamination so that we can do sustainable production.

Land tenure is another issue. Because when you restructure a piece of land, it takes quite a few years so you have to have long-term use of that land, and that happens in cities where many of the policies don’t allow farmers to have land long enough to be able to transform it, because most of the land in cities is looked at by politicians as potential development land. Many folks have been kicked off the land even if they’ve improved it. So that’s another big challenge. Changing some of the policies so that you can farm in all zoning districts—like in Milwaukee, you can farm in all the zoning districts, whether it’s commercial, industrial or residential. We can farm. It wasn’t always that way, so it takes a lot of work and really having a concrete project to show politicians that this is something that becomes an asset for the city.

What are some of the different challenges in the developing countries?

I think being able to get the local governments and national governments on board for this type of thing takes a long time and a lot of work. What we do as an organization, we are very hands-on, planning development, implementation and partnering with groups like in Haiti and South Africa. It’s difficult for us to go over there and change policies in these countries around land use and so forth. That has to be done more on the local level, but I feel very strongly that if you are able to show governments—because that’s what we did in Milwaukee with our project—that you can scale this thing up. It is something that is changing the dynamics of people’s lives in a positive way. Creating jobs, helping communities to improve, and you can quantify all this. Leadership change is also one of the big challenges, because you may have one leader in favor of what you’re trying to do and the next regime comes in and you’ve got to start all over.

That’s a lot of work at the local level. You have several methods and models working in Milwaukee, but can these ideas scale? Can they be replicated in developing countries where resources are extremely limited?

Yes they can, despite the challenges. For example, our project in Port-au-Prince, we bought all our needed supplies in-country. That project was funded by the U.S. State Department, so we had some funding and were able to buy those supplies instead of shipping them from the U.S. But the price of those supplies was probably three times the cost that we would pay in the U.S. So if you want to get something done very quickly, the best bet is to go in-country and pay those prices, but long-term, you want to find a cheaper way of being able to ship it in a cargo container.

Have you had any response from the business community?

If you look back 10 years ago, there wasn’t anyone that wanted to work with us. Now I get calls from wholesalers that want our food. We can’t, as an organization, grow food for everybody, so we’ve got to grow this new industry of small sustainable farms inside cities, on the outskirts of cities, so that we take out those travel costs to California to the Midwest, and the south and the Northeast.

That must have its own advantages in terms of cost savings, especially on the transport side.

Yes, as a way of reducing production cost, because the travel cost of shipping a load of tomatoes or greens or anything is unbelievable and that gets passed on. Especially if it’s organic, the cost gets passed on to the consumers and many of our consumers can’t afford that. By growing it locally, by taking out the travel cost, using renewable energy, for example, is really a way of reducing your production cost and being able to pass on that cost to the consumer so everybody can afford to eat good food. That’s our goal as an organization, to quantify how to do this and train people how to do that.

On reducing production costs, can you explain your idea for a vertical farm, which, if I remember correctly, is based in a five-story building that’s going to grow and sell food on-site. And what’s the rationale for something like this?

I would call Dickson Despommier from Columbia University the father of this vertical farm idea, but no one has really built a true vertical farm. That’s what we have planned and we passed all the scrutiny of the city of Milwaukee to be able to build this farm right in the middle of the city. It’s been six years in the making and is a $12 million project.

It’ll be multi-use facility. It will have a large retail store on the first floor and the greenhouses start on the second floor all the way up to the fifth floor. It will also be able to house about 400 people and have offices and classrooms and a commercial kitchen, which can be used as a training kitchen or for community events.

As to why? Because when you look around the world, many of our major cities are where people are moving. I think they say over 50 percent of people live in cities now and about 80 percent over the next four years. How do we feed those people?

When you look at a city like Tokyo or Vancouver or New York or Boston, where there’s not a lot of horizontal landmass, you’re going to have to go vertically, but to do that, we need to quantify really how to do it. You don’t go and put up a 50-story building and start growing food. This five-story building will be a functional building that will be used as an institute for urban agriculture working with five universities in the local area and Madison.

How many people do you expect to be able to feed coming out of that first vertical farm that you are going to be building?

That’s part of the research to figure that out. We can do all kinds of projections and so forth, but we actually have to go through some growing cycles. We’ll have to see how much we can grow in a square foot. Right now we have crops that we can produce making $50 a square foot. Things like microgreens, because they take only a week to grow when you have the right temperatures. At that price point, you’re talking about over a million dollars gross in a year per acre because there’s 44,000-something square feet in an acre. And on the low side, if you’re able to grow other crops at say, $5 a square foot in an annual year, you’re talking about more than $200,000 an acre. No farmers are making that kind of money growing outside.

What can the business community do to lend support to such sustainable agriculture projects?

Well, one of the things that we’ve been able to do is to get one of the local wholesalers to supply the funding to build the growing infrastructure right outside of their facility where they have a big piece of vacant land that was just sitting there. We went in and built the infrastructure. They paid for all the material cost. The soil we brought in from our composting operation. We grow the produce and it goes right into the side door of the building; they process it. We get paid for growing the produce.

It’s those types of relationships that are important, so the burden doesn’t fall on a non-profit to try to raise money, to put up all this infrastructure.

I also think businesses have to be at the table. Years ago, it was just farmers; now we need everybody. We need the political people at the table, we need engineers, we need students, we need community folks. We need everybody at the table from the beginning when we plan out these projects, because they affect everybody. The business community, especially the ones that are involved in the food system, seems that they’re much more willing now to sit down and talk about pitching in.

We also need a political presence in Washington, D.C., to be able to go to Congress and compete with what goes on up there. That’s another thing we’re working on as well.

Founder and CEO of Growing Power

Will Allen is founder and CEO of Growing Power.