Charging Forward: Revolution in Battery Tech Could Transform Our World 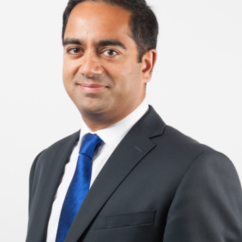 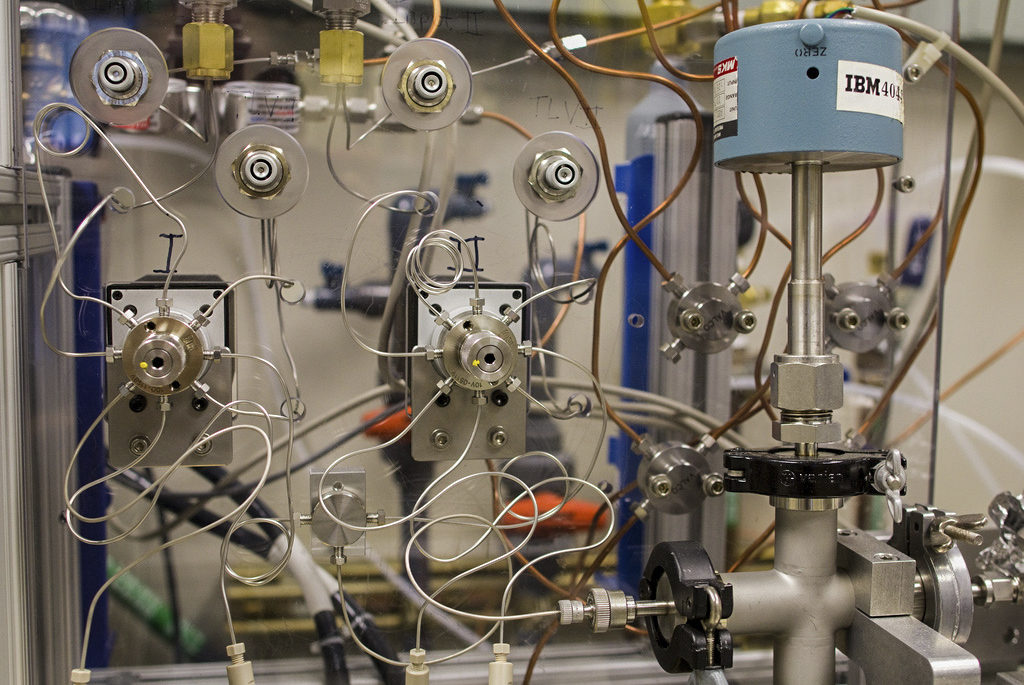 IBM Battery 500 research lab. As part of its Battery 500 project—an initiative started by IBM in 2009 to produce a battery capable of powering a car for 500 miles—the company has successfully demonstrated a light-weight, ultra-high-density, lithium-air battery.

Through advances in battery technology, we are on the cusp of major changes for electric vehicles and alternative energy. These are likely to be disruptive to utilities—with the ability for homes to go “off grid”—and car manufacturers. Decreased reliance on fossil fuel consumption could have significant geopolitical implications. In short, the risk of disruption is high.

The start of your day 15 years from now may be very different from this morning.

As you head to your bathroom, you note that you are making money again from your solar panels, even as they instantaneously power your piping hot shower. And you see from the indicator that the store of energy in your small solar-powered home battery has only dipped to 80 percent of capacity despite weeks of poor weather.

After breakfast, your electric car slides silently to a halt outside the front door. Usually you catch up on emails during your 30-minute commute, but yesterday was a particularly successful day at work, and this morning you feel like a treat. So, as you have grown confident enough in your self-driving car to not even keep half an eye on the road, you switch on the immersive virtual reality player and play the latest episode of “Robot Wars.” The minutes pass only too quickly before you stride into the office full of optimism—helped by checking the price of your investment in BBC stock—the British Battery Corporation, of course, not the recently privatized broadcaster…

A revolution in battery technology could reshape the way we live to something resembling this scenario. The disruption would radically alter the economics of some markets and could potentially shift the balance of world power. Oil-rich nations will become less powerful, while countries that invest heavily in renewables, like China, could have an advantage. This is not speculation for the distant future, either. What seemed like science fiction just a few years ago is now a reality and will likely be a part of daily life for many of us within the next decade or two.

Haven’t We Heard This Before?

Talk of renewable energy has certainly accelerated over the past decade, but even with more than $100 billion of annual global subsidies, they account for only 23 percent of global power generation.

Alternative or renewable energy, in the form of windmills, hydroelectric dams and solar cells being used to produce electric power, was first developed in the 1880s. Windmills and dams had been a source of nonelectric power for grinding flour and irrigation for millennia before. But it is only now that widely applicable renewable energy sources, such as solar and wind, have become cost-effective compared to the fossil fuels of oil, gas and coal. And where alternative energies have been cost-competitive, such as hydroelectric, geothermal and biomass power (using wood, crops or manure), they have faced significant limitations: For example, mountains and geothermal vents are scarce. Wind and solar energy have suffered from their unpredictability—what happens if the wind doesn’t blow or the sun doesn’t shine? This quality of intermittency has made it difficult to rely on them as sources of energy, whether for households or for a country, and has limited their ability to contribute to energy generation.

Even if alternative energy had been more cost-effective and reliable, for a long time battery technology was too rudimentary to enable it to be effectively harnessed. Electric cars were a third of the market about 100 years ago—before Henry Ford’s moving assembly line catapulted the Model T and gasoline-powered cars to unrivaled dominance. The internal combustion engine was cheaper, faster and had a longer range than primitive batteries could compete with. The electric car all but died out.

The rapid technological breakthroughs in battery technology that have, a century later, brought the electric car roaring back to life are the reason why we believe an energy revolution is building.

The rechargeable lithium-ion battery, commercialized by Sony in 1991, made the rise of mobile devices possible. Since 1991, the battery’s energy density (the amount of energy it holds) has more than doubled, reducing the weight of electric cars, while its cost has fallen by more than 90 percent. Since 2010, average electric vehicle battery prices have fallen from $1,000 per kWh to $273. They are predicted to fall to $109 by 2025. Cheaper, lighter and more powerful batteries are crucial for electric vehicles to be cost-effective and fast and in giving alternative energy a greater role in the economy. Cheaper and more efficient battery storage will allow national grids to manage inflows of solar or wind power and continue to provide electricity on demand, even as more reliable fossil fuel generation is phased out. This will enable renewable energy to become a much more important part of the energy mix.

This potential could be enhanced through “flow batteries,” where energy is stored in the liquid electrolyte and which could be recharged many more times than lithium-ion batteries. Grid-level storage could also use second-hand batteries from electric vehicles for a much cheaper storage solution.

Implications for Industries and Countries

Fossil fuels will diminish in importance as solar and wind power become cheaper and a bigger proportion of power generation. This could lead to a virtuous or vicious circle (depending upon one’s point of view) whereby falling capacity utilization for fossil fuel plants leads to rising unit costs for fossil fuel energy, making renewables seem even cheaper. This could incentivize greater investment in renewables, pushing down their costs even further.

The International Energy Agency only sees renewable energy rising from 23 percent of global electricity generation in 2015 to 28 percent by 2021. Energy demand will continue to grow, with emerging market demand more than offsetting fuel efficiency in the developed world, so even though there will be competing sources of energy supply, oil will continue to have an important role for the foreseeable future. Its price may be effectively capped, however, which will have implications for oil-producing economies such as Russia and the Middle East.

It is interesting to note how China is spearheading renewable energy investment as it seeks to make its economy cleaner, more efficient and more energy independent, and it is likely to be a technology leader in this area.

The revolution in battery technology and an increasing role for alternative energy and electric vehicles could potentially be much quicker than the market currently expects. The private sector will need to respond. First, companies that are wholly focused on old technology—whether car companies wedded to the internal combustion engine or fossil-fuel-reliant power generation companies—will face significant challenges. Electric cars will require significantly less maintenance as an electric motor has around half a dozen moving parts, compared to the hundreds in an internal combustion engine.

Also, the role of centralized utility companies could be undermined by the growth of self-sufficient homes and businesses with solar power fulfilling most or all of their power needs. Utilities may need to retain their relevance by offering management and maintenance solutions or by investing in charging stations in order to profit from the adoption of electric cars.

Companies that make or supply materials for batteries, solar cells or wind turbines might in theory do well, but rapidly growing markets often see sharp unit price falls that cause a lot of players to go out of business, as was seen in the solar panel market.

The battery revolution is under way and we will be monitoring developments in order to identify the winners and—perhaps more numerous—the losers.

For a more in-depth version of this piece, see Rathbones’ research report “How soon is now? The investment impact of disruptive technologies.”

Mark Campanale Founder and Executive Chair of The Carbon Tracker Initiative
URL: https://www.brinknews.com/charging-forward-revolution-in-battery-tech-could-transform-our-world/
Get ahead in a rapidly changing world. Sign up for our daily newsletter. Subscribe
​​