Climate Change Scenarios and the Goal of Transformation 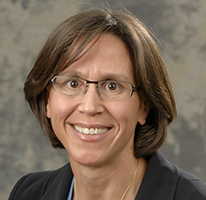 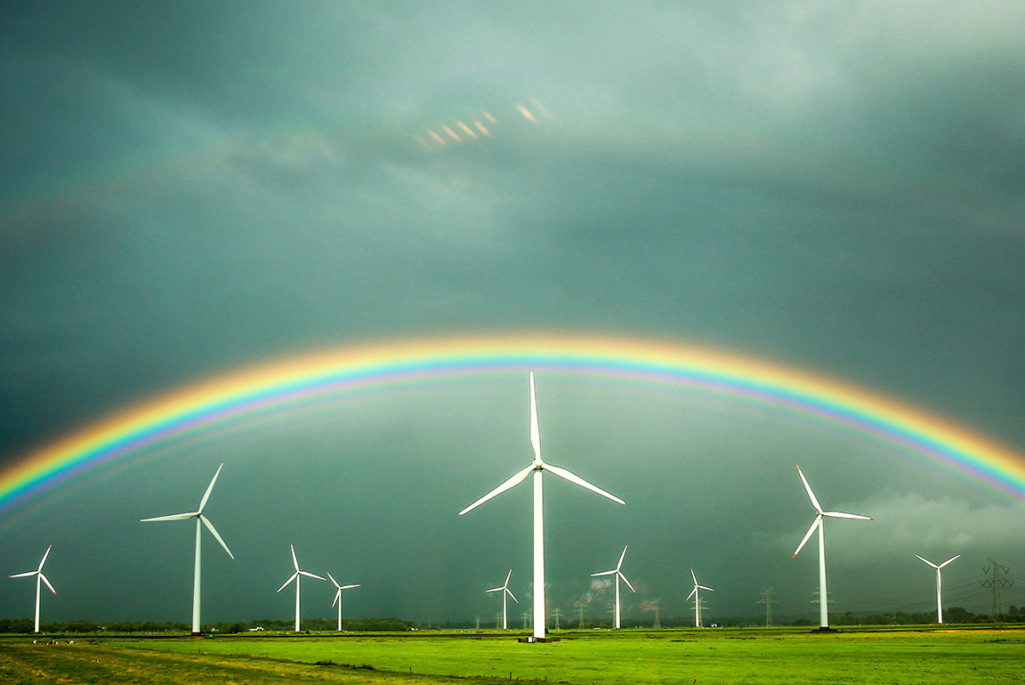 Picture taken from a train shows a rainbow drawing over fields and wind engines near Wilster, northern Germany. Renewable energy will play a big part in meeting the world’s climate change goals.

The year is 2050. Investors, business, governments, and civil society have worked collaboratively and with success to mitigate the long-term effects of climate change. Action has been decisive, with effective market signals, strong private sector demand for clean energy, and public and private investment in low-carbon infrastructure. What might be the effect of such collaborative endeavors and decisive leadership in such a scenario?

A recent study from Mercer—Investing in a Time of Climate Change—suggests that in such a transformative scenario of strong climate action, emissions would peak in just five years’ time, then be reduced by more than half of 2010 levels by 2050, thus keeping global temperature projections to 2°C above pre-Industrial levels by 2100. Meanwhile, fossil fuel energy generation would fall 40 percent over the same period, as energy supply and usage is transformed, with a 90 percent decrease in the emissions’ intensity of electricity.

Sounds like a dream scenario. But such transformation also carries a high degree of disruption to the status quo, not to mention a significant financial investment associated with mitigation activities. Under this scenario, the economy would see earlier and higher carbon pricing, plus significant increases in energy efficiency investment in transport, industry, and building. Many investors who assumed the future would simply mirror the past would miss out on key opportunities, and some would be left holding on to devalued or even “stranded” assets that have no economic value.

Without the strengthening of long-term low-carbon goals and policies, clean energy investment would be hindered.

Yet in this scenario, the appreciation of the so-called “social cost of carbon” trumps concerns about the financial cost of mitigation, partly due to investor engagement with regulators. This results in climate policy and related government support providing stimulus to promote and advance investment in low-carbon power sources. Without this strengthening of long-term low-carbon goals and policies, clean energy investment would be hindered.

And despite the disruption caused by a swift transition to a low-carbon pathway, the study’s findings suggest that this transformed world is ultimately achievable without negative implications for long-term diversified investors. That’s because it also offers investors high potential to benefit from new opportunities in growing sectors, emerging markets, and infrastructure. The upshot? This “Transformation” scenario need not harm total diversified portfolio returns out to 2050.

Under the 3°C scenario, there has been some climate action, though not as decisive or extensive as under the “Transformation” scenario. Still, investors and governments work collaboratively to introduce a range of positive and successful climate policy actions.

These actions include pricing carbon to reflect its ultimate cost even if it’s considerably less than the carbon price under the “Transformation” scenario. The 2009 Copenhagen framework and similar subsequent policy pledges are all fulfilled by 2030, providing a strong financial imperative that motivates industry research into and development of alternatives.

This scenario posits that private sector demand for clean energy will be strong by 2050 and will be backed by public and private investment in supply. Energy generation via fossil fuels would fall to 75 percent of 2010 levels and there would be a 27 percent reduction in greenhouse gases since 2030.

As predicted in the World Economic Forum Global Risks Report 2015, water availability under the 3°C scenario has become a major risk for societies and investors in 2050. The Former Soviet Union, Middle East, and Central Eastern Europe suffer most as water availability creates geopolitical tensions on the back of related food security and agriculture issues. Water availability is one of the key risk factors; however, there is a net benefit for forestry in most regions, except for Australia, New Zealand and the struggling Former Soviet Union.

What are the 4°C degree nightmare scenarios? Fragmented and limited climate action significantly disrupts the ability of companies to do business in 2050. With hindsight, it is clear to see the fault lies in the inability of major economies to coordinate and collaborate, coupled with an unwillingness of fossil fuel-rich countries to join mitigation efforts.

Carbon remains cheap for far too long. High reliance on fossil fuels as a primary energy source persists, with fossil fueled energy generation just 14 percent lower in 2050 than it was in 2010. Greenhouse gases will have increased 33 percent over 2010 levels. Though Copenhagen pledges are fulfilled, there’s limited action thereafter, and fossil fuel-rich countries do not join any mitigation efforts.

The old turn-of-the-century target of limiting global warmth to just 2°C is a long-lost hope. The world is already almost 2°C warmer than in 2010 and it’s projected to rise to 4°C by the end of the century. Businesses make efforts to realign, but the cost is crippling and will ultimately be much greater than the financial cost under the “Transformation” scenario.

In the worst-case scenario, emissions peak after 2040 and any emission reduction in developed markets is offset globally by increased emissions in emerging markets. As a percentage of GDP, damage is the highest of any of the scenarios with, for example, a 0.80 percent economic loss at 2050 from lack of resources such as water, coupled with physical damages such as from wildfire and coastal flooding.

Climate change is going to have a significant impact regardless of the scenario, from best- to worst-case. It’s in the best interest of long-term investors to invest with the knowledge that they are, unavoidably, living through a time of climate change.

Principal and Pension Actuary at Mercer

Karen Lockridge is a principal and pension actuary at Mercer, based in Toronto. Karen focuses on working with clients and colleagues to raise awareness of sustainability-related risks, trends and opportunities, such as those relating to water and resource shortages, climate change, environmental management and corporate responsibility. She represents Mercer on the Marsh McLennan Companies Task Force on Sustainability and Climate Change.

Abhi Bhuchar Head of Consumer and Industrials, and Energy, Asia Pacific at Oliver Wyman Nicholas Tonkes Partner at Oliver Wyman Eddison Lee Principal at Oliver Wyman
URL: https://www.brinknews.com/climate-change-scenarios-and-the-goal-of-transformation/
Get ahead in a rapidly changing world. Sign up for our daily newsletter. Subscribe
​​