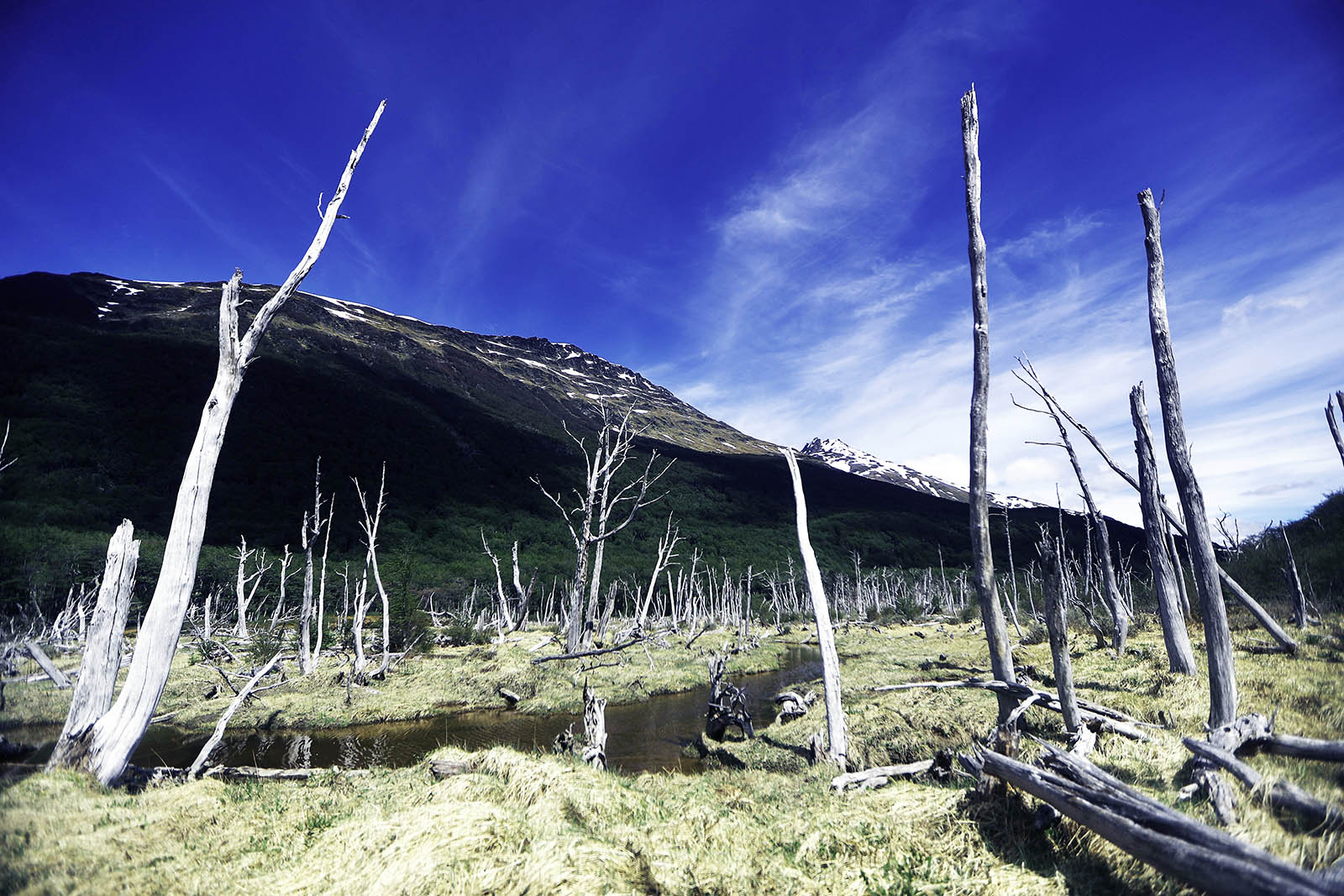 An area in Ushuaia, Argentina, that has been affected by climate change. A recent study indicates that, on average, richer, colder countries would lose as much income to climate change as poorer, hotter countries.

Prevailing economic research anticipates the burden of climate change falling on hot or poor nations. Some predict that cooler or wealthier economies will be unaffected or even see benefits from higher temperatures.

However, a new study co-authored by researchers from the University of Cambridge suggests that virtually all countries — whether rich or poor, hot or cold — will suffer economically by 2100 if the current trajectory of carbon emissions is maintained.

In fact, the research published last month by the National Bureau of Economic Research suggests that — on average — richer, colder countries would lose as much income to climate change as poorer, hotter nations.

Under a “business-as-usual” emissions scenario, average global temperatures are projected to rise more than four degrees Celsius by the end of the century. This would cause the United States to lose 10.5% of its GDP by 2100, which researchers said would be a substantial economic hit.

Canada, which some claim will benefit economically from temperature increase, would lose more than 13% of its income by 2100. The research showed that keeping to the Paris Agreement limits the losses of both North American nations to under 2% of GDP.

Researchers said that 7% of global GDP is likely to vanish by the end of the century unless action is taken. Japan, India and New Zealand would lose 10% of their income. Switzerland is likely to have an economy that is 12% smaller by 2100. Russia would be shorn of 9% of its GDP.

Deviation From Historic Norms Is What Matters

The team behind the study said that it isn’t just about the number on the thermometer, but the deviation of temperature from its “historical norm” — the climate conditions to which countries are accustomed — that determines the size of income loss.

“Whether cold snaps or heat waves, droughts, floods or natural disasters, all deviations of climate conditions from their historical norms have adverse economic effects,” said professor Kamiar Mohaddes, a co-author of the study from the University of Cambridge’s Faculty of Economics.

“Without mitigation and adaptation policies, many countries are likely to experience sustained temperature increases relative to historical norms and suffer major income losses as a result. This holds for both rich and poor countries as well as hot and cold regions,” he said.

Canada Is Warming Twice as Fast

“Canada is warming up twice as fast as the rest of the world. There are risks to its physical infrastructure, coastal and northern communities, human health and wellness, ecosystems and fisheries — all of which has a cost,” Mr. Mohaddes said. “The U.K. recently had its hottest day on record. Train tracks buckled, roads melted and thousands were stranded because it was out of the norm. Such events take an economic toll and will only become more frequent and severe without policies to address the threats of climate change.”

The idea that rich, temperate nations are economically immune to climate change, or could even double and triple their wealth as a result, just seems implausible.

Mr. Mohaddes worked on the study with University of Cambridge Ph.D. candidate Ryan Ng, as well as colleagues from the University of Southern California, Johns Hopkins University, National Tsing Hua University in Taiwan and the International Monetary Fund.

Using data from 174 countries dating back to 1960, the research team estimated the link between above-the-norm temperatures and income levels. They then modeled the income effects under a continuation of business-as-usual emissions as well as a scenario in which the world “gets its act together” and holds to the Paris Agreement.

Adaptation Alone Is Not Enough

Researchers acknowledged that economies will adapt to changing climates, but argued that their modeling work shows that adaptation alone will not be enough.

The scientific consensus suggests that adapting to climate change takes an average of 30 years, as everything from infrastructure to cultural practice slowly adjusts. Even if this adjustment speeds up to just 20 years, the U.S. would still lose almost 7% of its economy, with over 4% of global GDP gone by the century’s end.

The team also undertook a more focused approach to the U.S. to gauge the strength of their results. “Cross-country studies are important for the big picture, but averaging data at national levels leads to loss of information in geographically diverse nations, such as Brazil, China or the United States,” Mr. Mohaddes said.

“By concentrating on the U.S., we were able to compare whether economic activity in hot or wet areas responds to temperature fluctuations around historical norms in the same way as that in cold or dry areas within a single large nation,” he said.

They looked at 10 sectors ranging from manufacturing and services to retail and wholesale trade across 48 U.S. states and found each sector in every state suffered economically from at least one aspect of climate change, whether heat, flood, drought or freeze.

Cold Countries Just as Impacted as Hot Ones

When scaled up, these are the effects that will create economic losses at the national and global levels, even in advanced and allegedly resilient economies, said the researchers.

“The idea that rich, temperate nations are economically immune to climate change, or could even double and triple their wealth as a result, just seems implausible,” he said.

Mr. Mohaddes is from Sweden, which some predict will benefit from higher temperatures. “But what about the winter sports depended upon by the Swedish tourism industry?” he said. “If advanced nations want to avoid major economic damage in the coming decades, the Paris Agreement is a good start.”

This piece was first published on the University of Cambridge research website.

Mark Campanale Founder and Executive Chair of The Carbon Tracker Initiative
URL: https://www.brinknews.com/climate-change-will-shrink-economies-of-rich-and-poor-countries-alike/
Get ahead in a rapidly changing world. Sign up for our daily newsletter. Subscribe
​​