Conventional Wisdom on Brexit and Voter Age May Be Wrong. What Does the Data Show? 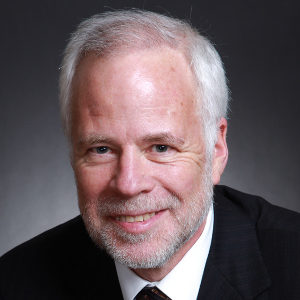 Barry Eichengreen
Professor of Economics and Political Science at University of California, Berkeley 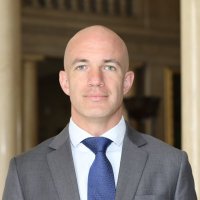 Gregory Thwaites
Visiting Fellow at the London School of Economics 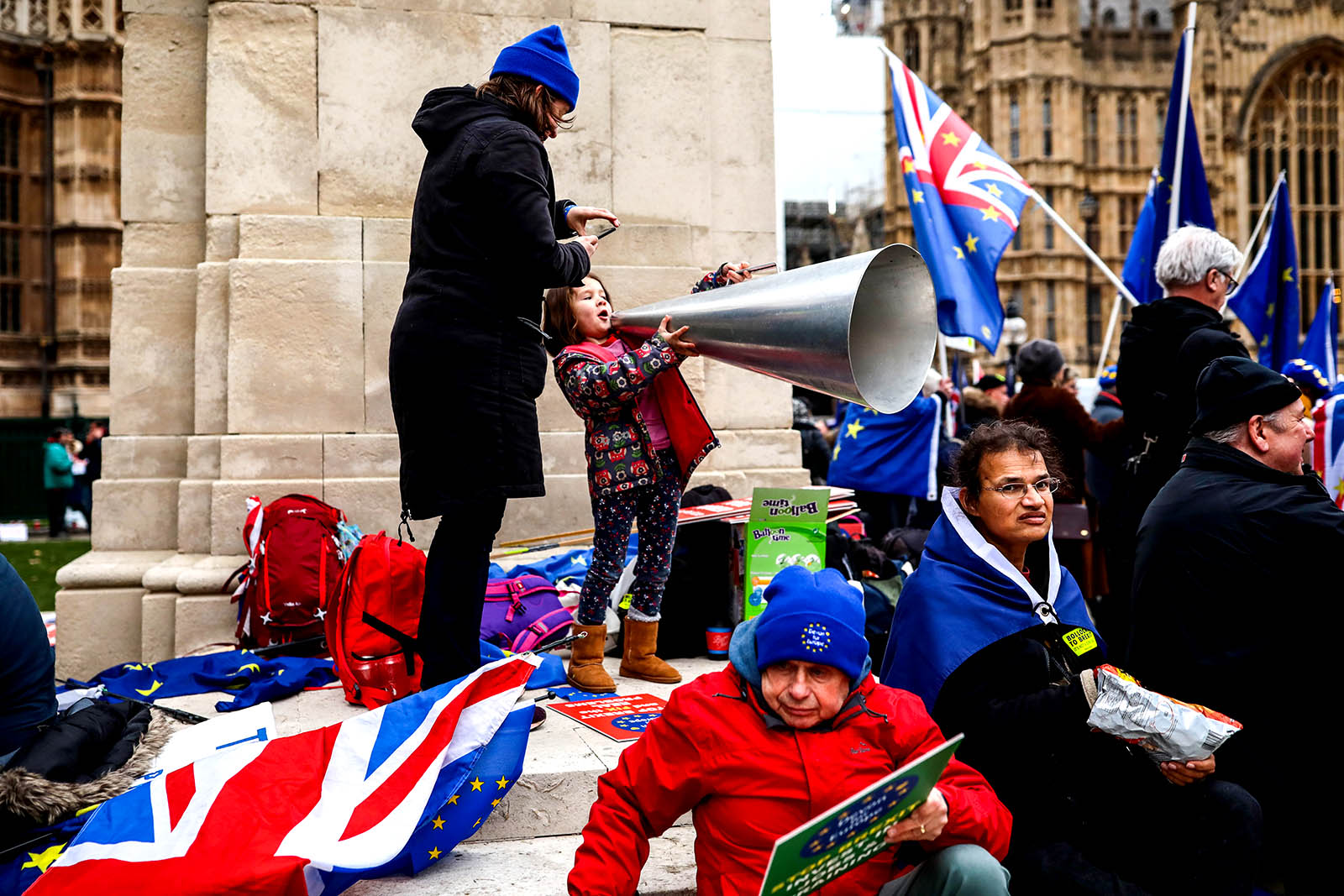 A young girl holds a megaphone during a protest on the day that MPs vote on Theresa May's Brexit Deal, on January 15, 2019, in London, England. Younger voters largely supported Remain, but the data suggests a more complicated picture going forward.

As parliament tries to decide what it wants from Brexit, it’s important to understand how British public opinion is shifting. Whereas 52 percent of voters opted to leave in 2016, 53 per cent of respondents opted for remain in the Poll of Polls announced at the beginning of 2019, suggesting that the outcome in any second referendum might be different.

What explains this shift in sentiment?

One popular explanation, to put it bluntly, is death. In 2016, seven out of 10 young voters preferred to remain in the EU, while two-thirds of those over the age of 65 voted to leave. With time, more young pro-EU citizens will enter the UK electorate, while more of their euroskeptical elders will die off. According to one set of calculations, on each passing day, the Leave majority shrinks by 1,356 votes. This arithmetic suggests that Remain moved into the lead on January 19, 2019. Public opinion on Brexit, in this view, is “a life and death matter.”

Will This Young Generation Always Be More Pro-EU?

It is worth unpacking the assumptions behind such calculations, as my co-authors and I did in a recent paper. One assumption is that the currently young and most recently minted portion of the electorate will continue to view the EU more favorably than their elders have throughout their lifetimes. Each generation’s views, the assumption goes, are durably molded by their early life experience—the so-called cohort effect.

One can imagine why this might be so. Today’s young have grown up flying around Europe. On average, they are more educated than their elders. They have had their educations shaped by the EU’s Bologna Process. They are more likely to identify as European.

Their parents and grandparents, by comparison, have led more insular lives, and on average, their educational attainment is less. And since future cohorts will be at least as educated and pro-EU as the youngest, current cohort of voters, the suggestion is that public opinion will shift even further toward Remain as more young voters replace their elders.

Or Will It Become More Pro-Leave As It Ages?

There is another interpretation of the correlation between age and support for Leave: Namely, that people grow more conservative and euroskeptic as they age. Psychological studies conclude that as individuals age, they grow more closed-minded and less cognitively flexible. As older people are more likely to acquire property and live on fixed incomes, they become more change- and risk-averse.

This view suggests that as today’s young continue to age, some of them will shift from supporting Remain to supporting Leave. This aging effect can explain the entirety of the observed age-Leave relationship. Since longer lifetimes and low birth rates are causing the British electorate to grow older, the implications for public opinion are precisely the opposite of those that flow from the cohort-based interpretation.

Can we test the two views? From the British Election Study, we have responses to questions about UK membership in the EU going back to the 1970s, giving us, in total, more than 115,000 observations. We can then match up the answers with information on each respondent’s cohort (when they were born) and their age at the time surveyed.

Brexit may be a life and death matter for Britain’s economy and polity—but not because of demographics.

An important issue is that other conditions and perceptions—the unemployment rate, fears of a refugee influx, or even information about the Brexit process itself—can also vary year to year and, therefore, survey to survey. The effects of these other conditions are devilishly hard to disentangle from those of age and cohort.

As a result, it is impossible to distinguish one from the others without making further assumptions. We take several approaches to this problem. We substitute economic conditions, such as the unemployment rate, for the indicator of the year of the survey. Alternatively, we assume that age and cohort effects evolve smoothly and gradually. Intuitively, there is no reason why the attitudes of 19 and 20 year olds should differ dramatically or why those of people born in 1990 and 1991 should be radically different from one another.

Demography Is Not Destiny

We find evidence of both age and cohort effects. This suggests that demographics are unlikely to drive long-term trends in public opinion on Brexit, since the two effects work in opposite directions. More young pro-EU cohorts will be entering the electorate, to be sure. But those new cohorts will be relatively small: Overall, the electorate will be growing older and, therefore, more euroskeptical over time.

This is more evidence that demographics are not behind the recent swing in public opinion. To the extent that members of this earliest cohort—today’s elderly—are passing away, public opinion is becoming less pro-European. This effect will swing back in the other direction eventually, but only after a period of years.

What does drive public opinion are sharp shifts in public opinion year to year—changes in nationwide attitude not obviously associated with demographics. These “year” or “time” effects are large. They reflect, for example, new information not yet assimilated in 2016 about how difficult Brexit is to engineer. They can reflect new knowledge of how disruptive it is to the economy. They can reflect greater awareness of the intractability of the Irish border problem. These are presumably among the realizations that have altered public opinion since the summer of 2016.

Brexit may be a life and death matter for Britain’s economy and polity. Public opinion may indeed be changing. But not because of demographics—rather, because of new knowledge about the Brexit process itself and its implications for the British economy and society.

Professor of Economics and Political Science at University of California, Berkeley

Barry Eichengreen is a professor of economics and political science at University of California, Berkeley.

Rebecca Maria Mari is a research fellow at Bocconi University.

Visiting Fellow at the London School of Economics

Gregory Thwaites is a visiting fellow at the London School of Economics.

Peter Schechter Host of Altamar Global Issues Podcast and BRINK columnist Juan Cortiñas Founder and Managing Partner at Opportunitas Advisors
URL: https://www.brinknews.com/conventional-wisdom-on-brexit-and-voter-age-may-be-wrong-what-does-the-data-show/
Get ahead in a rapidly changing world. Sign up for our daily newsletter. Subscribe
​​