COP21: What You Need to Know 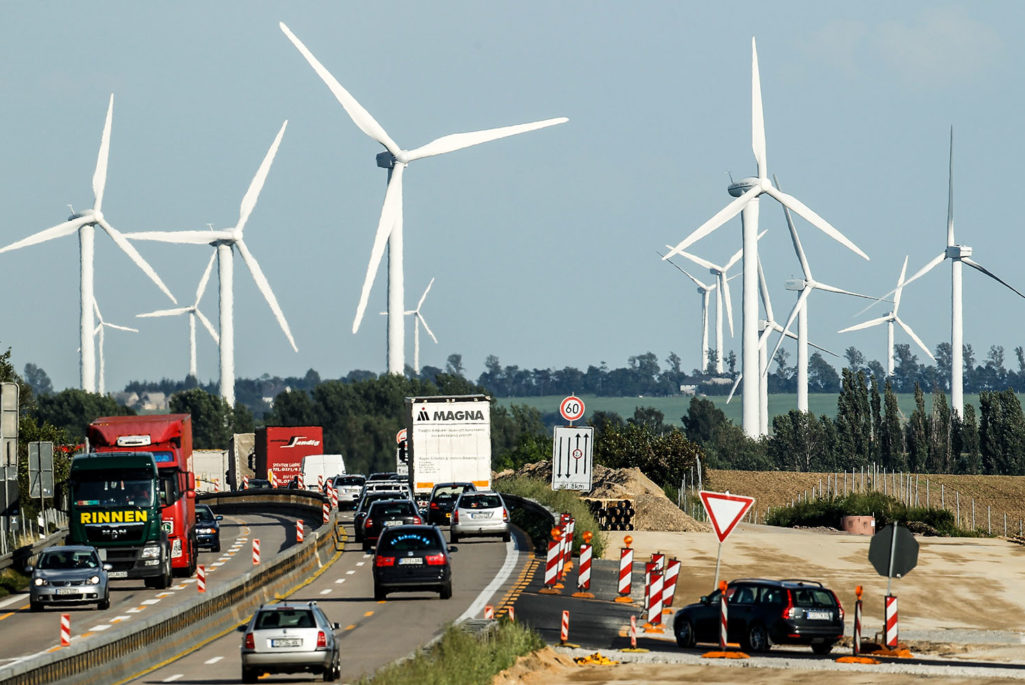 Cars and trucks on a highway drive past a wind farm where wind turbines spin to produce electricity near Proesitz, Germany. Germany is investing heavily in renewable energy production, including wind power and solar, and is seeking to produce 30 percent of its electricity nationwide with renewables by 2020.

The backstory of the COP21 climate summit, which begins in Paris today, reads like treatment of a blockbuster Hollywood sci-fi movie: World leaders converge at an international meeting to discuss a global strategy intended to confront an unrelenting force in order to save Earth from impending disaster. The solution will involve all nations, the political will to overcome short-term thinking in favor of long-term results and cost mightily in terms of finances and resources.

Except it’s not science fiction. The threat is real and its name is climate change.

The COP21 climate talks have been called the “last chance to save the world,” by some. Against that backdrop, any agreement that emerges from the UN-sponsored summit will be the most significant to date for fighting climate change. But will it be enough? Here’s what you need to know as you read about COP21 in the coming days.

How did we get here?

It’s been a bruising process. The first significant global agreement to reduce greenhouse gas (GHG) emissions—the Kyoto Protocol, adopted in 1997—was never adopted by the U.S., and other major emitters later withdrew. While Kyoto took effect in 2005, it currently covers less than 15 percent of global GHG emissions. Another major round of negotiations, in Copenhagen in 2009, dissolved without any global agreement.

In 2011 negotiators agreed to negotiate another binding agreement—this time applying to all countries, both developed and developing—by the end of this year. This time, each country would submit its own GHG reduction pledge. Since then, the U.S. and China have pledged action, inspiring many other heads of state to join the party.

Carbon pricing is favored by a major business coalition, but the COP21 draft agreement doesn’t discuss the issue.

What will be coming out of this conference?

The agreement would formalize each country’s “intended nationally determined contribution,” or INDC. As of Nov. 25, 177 countries have submitted INDC pledges to the UN, accounting for 97 percent of global emissions. Among the pledges by some of the world’s top polluters:

Are these pledges enough to forestall a climate disaster?

Alas, no. The conference had aimed for an agreement that would keep global warming below 2°C (3.6°F) by 2100. Climate Interactive, a widely respected research organization, estimates that the current proposals would still result in an increase of 3.5°C (6.3°F).

Yet another estimate from the International Energy Agency INDC pledges will result in the annual growth in global energy-related emissions slowing “to a relative crawl by 2030 but not yet come to a halt—a critical and urgent milestone to achieving the global climate goal.” By IEA estimates, the path set out in the INDCs “would be consistent with an average global temperature increase of around 2.7 degrees Celsius by 2100, falling short of limiting the increase to no more than 2°C. The INDCs must therefore be viewed as an important base upon which to build ambition.”

Even a 2°C rise is expected to cause a significant increase in extreme weather events such as wildfires and hurricanes, significant animal and plant extinctions, a reduction in crop yields and a declining freshwater supply. A 4°C rise could cause all of this and more. Coastal cities would be inundated and much of the tropics would become virtually uninhabitable, sending millions of “climate refugees” in search of a new home.

So all hope is lost?

Hopefully not. Optimists hope that the COP21 pledges are just the beginning. The EU, U.S. and other parties have pushed for five-year reviews of the progress toward climate goals, and the U.S. and China have said that it is important to have “a successful agreement that ramps-up ambition over time.” Some countries are hoping that the Paris agreement includes a mechanism that requires parties to “ratchet” up their commitments periodically, known as a “progression clause.”

Is ratcheting a real possibility? NASA scientist Gavin Schmidt has told the New York Times that “the history of environmental cleanup suggested that once countries got started on the problem, they would discover that solving it was cheaper and easier than expected” as they gain experience and technology improves.

Finally, the pledges do not include separate climate efforts by “non-state actors” such as cities and companies, which may help to make a dent in the problem.

How can we even be sure that countries hold to their commitments?

In short, we can’t. Instead the focus is on reporting and transparency that puts pressure on countries to follow through. The parties are currently debating whether the Paris agreement should be “legally binding,” but there seems little likelihood of any real sanctions against countries that renege. Instead, the focus is on reporting and monitoring mechanisms that would permit the naming and shaming of laggards.

For some countries, it’s unclear how they would reach their pledged reductions. In October, a group of world leaders, including Germany Chancellor Angela Merkel and World Bank president Jim Yong Kim, issued a statement calling on all countries to put a price on carbon. Such a price—usually implemented through a carbon tax or cap-and-trade system—is widely believed to be the most efficient way to steer the economy toward a low-carbon future. The idea is supported by a large coalition of major businesses, including many oil and gas majors. But the draft agreement text does not discuss carbon pricing.

If climate change is inevitable, how are the Paris talks going to tackle mitigation?

At the Copenhagen conference in 2009, wealthy countries committed to providing $100 billion a year by 2020 to help developing countries—which are likely to suffer the greatest from climate change—deal with its impacts. There is little indication that that quantity will be forthcoming, which has sparked outrage among poorer countries at the summit. And given that these agreements are a product of consensus, this issue may be the biggest obstacle to getting any deal signed in Paris.

Clarke Murphy former CEO of Russell Reynolds Associates
URL: https://www.brinknews.com/cop21-what-you-need-to-know/
Get ahead in a rapidly changing world. Sign up for our daily newsletter. Subscribe
​​