Critical Need for a More Sustainable Approach to Water Management 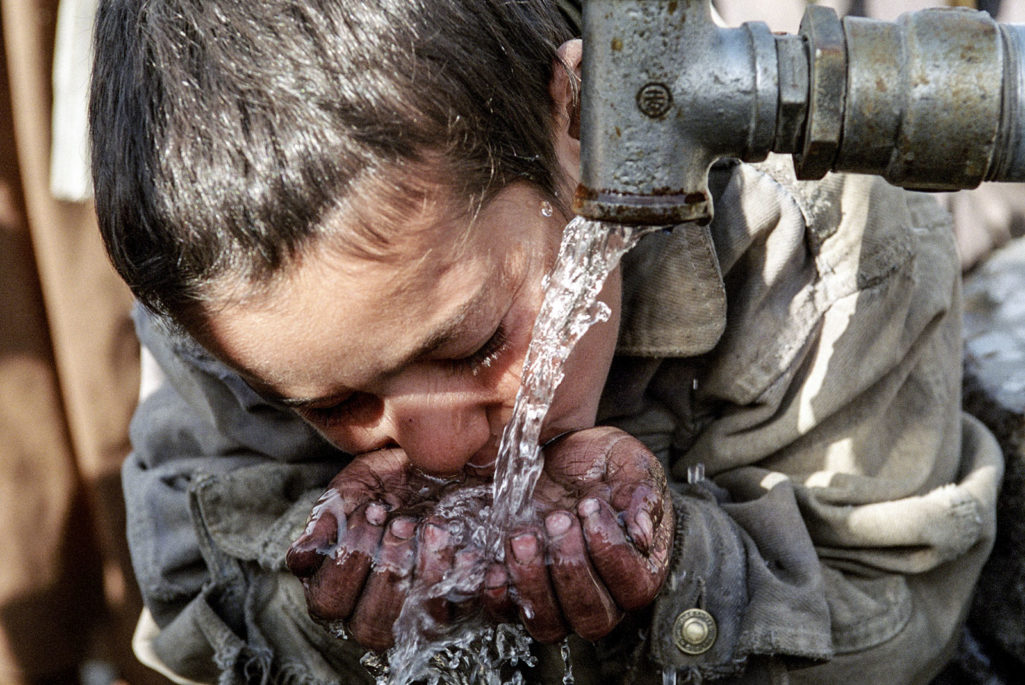 A young resident of Maslakh camp (Afghanistan) takes a drink of water.

[Editor’s Note: This is the first article in BRINK’s special series on water risk.]

Earth is an increasingly thirsty planet, facing a 40 percent shortfall in water supply by 2030 unless the world dramatically improves its management of its critical water resources.

That’s the “unavoidable conclusion” reached in a new UN report. The report, issued just ahead of World Water Day, emphasizes the need for collaboration on a global scale and calls for the water crisis to be made one of the UN’s new Sustainable Development Goals.

“The planet’s capacity to sustain the growing demands for freshwater is being challenged, and there can be no sustainable development unless the balance between demand and supply is restored,” the report says.

“Water resources are a key element in policies to combat poverty, but are sometimes themselves threatened by development,” said UNESCO Director-General, Irina Bokova in a statement. “Water directly influences our future, so we need to change the way we assess, manage and use this resource in the face of ever-rising demand and the over exploitation of our groundwater reserves.”

By 2050 the global demand for water will increase by 55 percent owing to the needs of manufacturing, thermal electricity and domestic use, the report says. Layered on this demand is population growth, urbanization, food and energy security policies, and macro-economic processes such as trade globalization.

The report notes that 158 of the world’s 263 transboundary water basins lack any type of cooperative management agreement. The constant struggle between water uses and users “increases the risk of localized conflicts and continued inequities in access to services, with significant impacts on local economics and human well-being,” the report says.

Population growth demands more food and energy of the world. Agriculture, the largest consumer of water globally, will have to produce 60 percent more food globally and 100 percent in developing countries to feed the planet from now until 2050. In addition, the manufacturing sector—producing goods for an increased population—will see its demand for water increase 400 percent by 2050.

Meanwhile, 20 percent of the world’s groundwater sources are already overtaxed and still not managed sustainably, the report says. “Intensive crop irrigation, uncontrolled release of pesticides and chemicals into watercourses and the absence of wastewater treatment—which is the case for 90 percent of wastewater in developing countries—are all proof of this state of affairs,” the report says.

The report points to the failures of water governance, calling for a clear-eyed assessment of how we manage and utilize water. One solution is putting a higher price on water. “Water is too cheap, compared to its real value, and is rarely taken into account when decisions are made regarding energy and industry,” the report says. “In general, decisions that determine how most of water is used are taken by a limited number of players (public, parapublic and private) and follow a logic dictated by short-term goals, rather than environmental concerns.”

The report leans on the role of public authorities for making strategic choices. In particular it calls for limiting the development of thermal power stations that currently produce 80 percent of the world’s electricity and are huge consumers of water. One way to limit thermal production is by emphasizing renewable energy sources through the use of subsidies, the report notes. It could also take the form of incentivizing farmers for using more efficient irrigation methods, such as been achieved in Cyprus, where subsidies have changed attitudes towards irrigation techniques leading to the use of far less water.

But the move to more sustainable solutions comes at a cost but leads to what the report calls a “virtuous circle,” and cites examples in Uganda and New York:

[S]tudies show that for every dollar invested to protect a catchment area up to $200 can be saved on water treatment. So, while $235,000 are needed annually to optimize the treatment of waste in order to maintain the Nakivubo marshlands in Uganda ecologically intact, this ecosystem provides a water purification service for Kampala that is estimated to be worth $2 million per year. In New York, managing the upstream catchment areas saves the city an estimated $300 million a year.

Among the more pressing developmental challenges is the lack of water supply, sanitation and hygiene (WASH), which takes a “huge toll” on health and well-being as well as imposing considerable financial cost. The goal of achieving universal access is possible, at a cost of $53 billion a year for five years, the report notes, or less than 0.1 percent of the 2010 global GDP. From a simple return on investment standpoint the money would be well spent: In developing regions the ROI would is estimated to be $5 to $28 per dollar spent.

The Future of Water Requires Cooperation

Managing water into future will take the collaboration of public and private sector actors. The report breaks this collaboration into three areas:

Governance—Progress in water-related governance calls for engaging a broad range of societal actors, through inclusive governance structures that recognize the dispersion of decision-making across various levels and entities. It is, for example, imperative to acknowledge women’s contributions to local water management and role in decision-making related to water.

Equity—Social equity is one of the dimensions of sustainable development that has been insufficiently addressed in development and water policies… This calls for a reorientation of investment priorities and operational procedures to provide services and allocate water more equitably in society. A pro-poor pricing policy keeps costs as low as possible, while ensuring that water is paid for at a level that supports maintenance and potential expansion of the system. Water pricing also provides signals for how to allocate scarce water resources to the highest-value uses – in financial terms or other types of benefits. Equitable pricing and water permits need to adequately assure that abstraction as well as releases of used water support efficient operations and environmental sustainability in ways that are adapted to the abilities and needs of industry and larger-scale irrigation as well as small-scale and subsistence farming activities.

The principle of equity, perhaps more than any technical recommendation, carries with it the promise of a more water-secure world for all.

“Such a focused water goal would create social, economic, financial and other benefits that greatly outweigh its costs,” the report says. “Benefits would extend to the development of health, education, agriculture and food production, energy, industry and other social and economic activities.”