EU Hits 15 Percent Share of Energy from Renewables; Target is 20 Percent by 2020 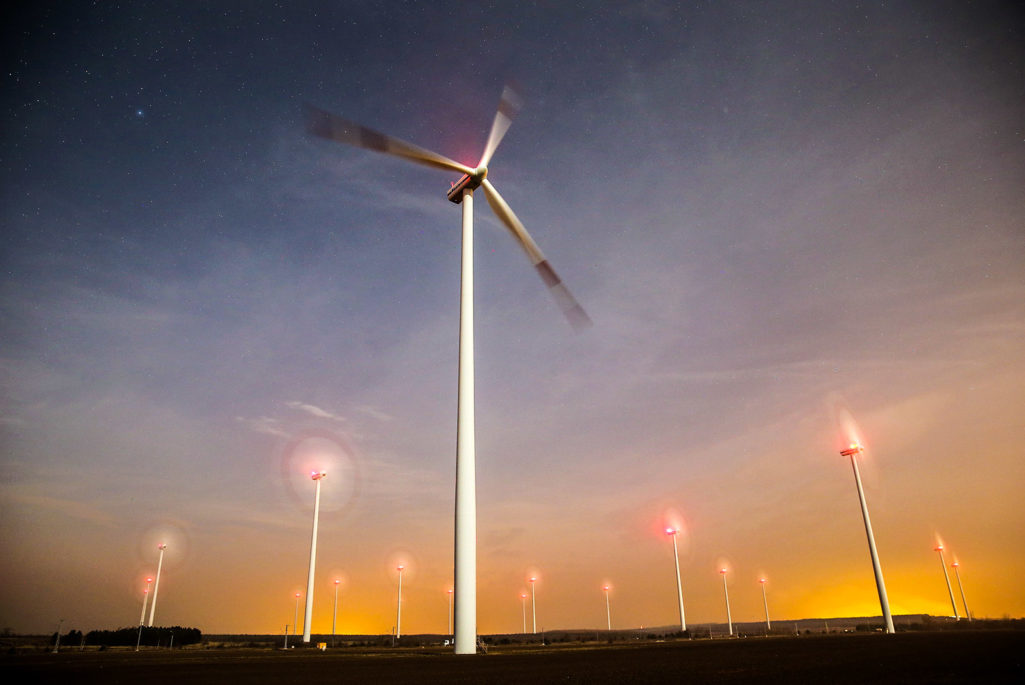 Wind turbines erected on the site of a former open-pit coal mine and operated by Ostwind spin at night as lights from the Jaenschwalde coal-fired power plant glow behind near Peitz, Germany.

The findings show three countries have exceeded their 2020 goals: Sweden, Bulgaria and Estonia. Meanwhile, Lithuania has reached its 23 percent 2020 goal and Romania and Italy are within half a percentage point of their own 2020 goals.

The UK, which is one of the EU laggards, was put on the “watch list” in the 2014 World Energy Trilemma Report, which classifies countries based on how well they are dealing with the trilemma of balancing energy security, equity and environmental sustainability.

Although the UK received a triple-A rating and ranked fourth in the overall Trilemma Index, the UK was ranked 18 in the environmental sustainability dimension, highlighting the challenges facing countries trying to balance energy security and environmental sustainability. The UK is implementing policies aimed at decarbonizing the power sector while securing supply; however, there are challenges, the report warned. For example, “[c]onstraints in domestic supply have been further aggravated by a number of unscheduled incidents in 2014, which have caused the closure of three power supply plants and four nuclear reactors,” the report said. These events were not factored into the 2014 Index rankings leading the UK to be put on the watch list.

The WEC also put Italy and Germany on the Energy Trilemma watch list noting that “the process of transitioning their energy systems, or where recent or unscheduled events that are not yet reflected in the data may lead to a change in Index performance in the near future.”

Alan Jenn Assistant Professional Researcher at The Institute of Transportation Studies at the University of California, Davis
URL: https://www.brinknews.com/eu-hits-15-percent-share-of-energy-from-renewables-target-is-20-percent-by-2020/
Get ahead in a rapidly changing world. Sign up for our daily newsletter. Subscribe
​​