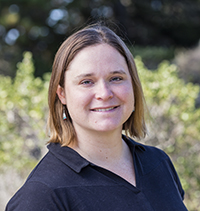 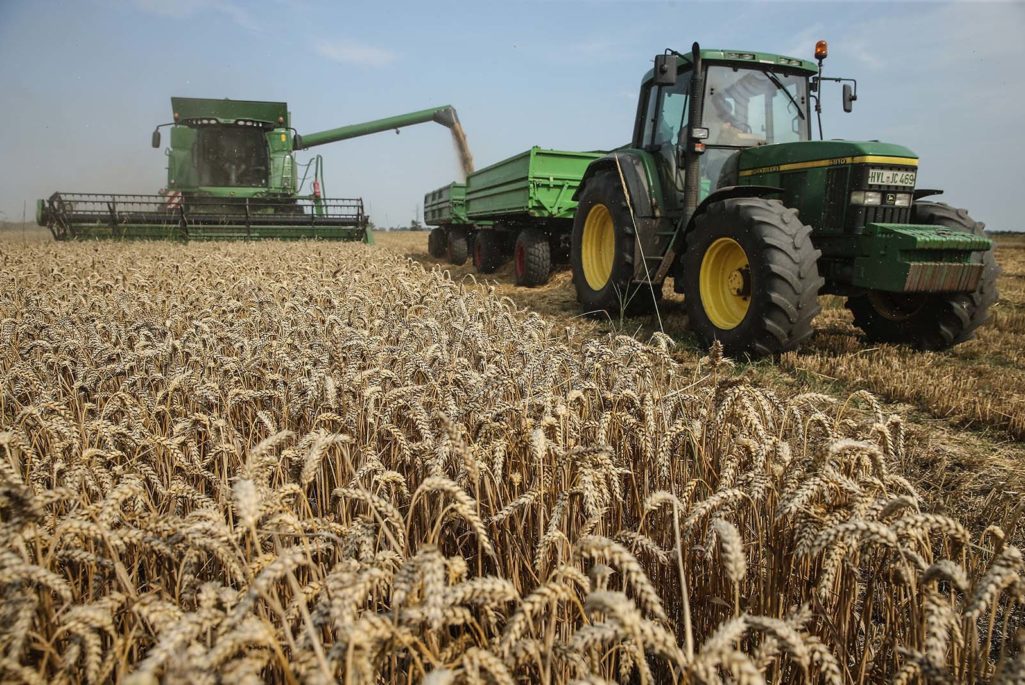 A combine harvests summer wheat at a cooperative farm on August 14, 2015 near Grossderschau, Germany. Some farmers have reported a disappointing harvest due to the dry weather.

Europe is the world’s breadbasket, yet due to climate change, this critical agricultural region could see a damaging reduction of more than 30 percent in wheat yields by 2040,impacting food prices and security around the world.

European grain yields have been stagnant for several decades, raising questions around the potential for improving yield technology in the future and whether climate change might already be depressing agriculture in the region.

Since growing seasons in Europe are already fairly cool, the conventional wisdom has been that crops might well benefit from the warming associated with climate change. Research that my co-author, David Lobell, and I conducted used data from more than 300 regions within western Europe between 1989 and 2009 to construct a statistical model of how crop yields vary with climate. In order to examine what happens if farmers are slow or unable to adapt to changes, we looked at how yields varied with temperature in a particular place.

Because weather fluctuations are unexpected and transitory, farmers have only a limited set of options for responding to them; this allowed us to identify the expected effect of climate change without adaptation. Importantly, we found all crops suffer from warming, but especially the important cold-adjusted crops of wheat and barley. We found that warming expected by 2040 is sufficient to reduce barley yields by 23 percent and wheat yields by more than 30 percent.

But because climate change is a permanent change in conditions that could be learned and expected by farmers, we think that farmers should be able to adapt to climate change in ways that they can’t in response to unexpected weather shocks. Examples of ways farmers might adapt include changing the planting date or crop variety, adopting irrigation or changing fertilizer or pesticide inputs.

In order to estimate what happens if farmers are able to adapt, we compared average yields in different locations. Since farmers in Spain know that, on average, they will have a warmer growing season than farmers in Germany, they should have fully adjusted their choice of inputs and farm management in order to maximize output in that climate. Therefore, comparing average yields in Spain with average yields in Germany, statistically controlling for all other factors, gives us the impact of climate change if farmers are able to fully adapt. We can then compare with our no-adaptation predictions to estimate the overall potential of adaptation actions. We found that this potential varies substantially between crops. For wheat and barley, this potential is small and yields show steep declines, even with full adaptation. For warmer-adapted crops such as maize and sugarbeet, the potential for adaptation is higher and the impacts of warming are small if farmers are able to fully adapt.

Warming expected by 2040 is sufficient to reduce barley yields by 23% and wheat yields by more than 30%.

It may be that farmers are able to adapt so as to protect profits, even with declines in crop yields (by switching crops, for example), and we do find some evidence of this. When we look at the effect of temperature on farm profits, we find the average effect across Europe of warming by 2040 is small, but this disguises significant regional differences.

Even with adaptation, regions in southern Europe where warming is particularly damaging will see declines in profit of 7.5 percent by 2040, rising to 15 percent if adaptation is more limited. In contrast, northern Europe (including northern France and Germany, the UK and Ireland) will see gains in profits.

In a second study, we tested whether there is evidence that long-term climate trends have already adversely affected crop yield development in Europe, and in particular, whether these trends can explain the dramatic slowdown in yield growth observed since the mid-1990s. We did find statistical evidence that long-term climate trends have affected crop yields in Europe. A combination of warming and drying trends in southern Europe have been especially damaging, reducing crop yields in Italy and Greece by 5 to 18 percent. But this negative impact has largely been offset by positive effects in northern Europe from increasing rainfall. Therefore, we conclude that climate trends have reduced yields of major crops, but that the aggregate effect across the continent is not sufficient to account for the observed yield stagnation, which instead is probably associated with changes in European agricultural policy over this time period.

Another important caveat is that we are not yet able to say whether these specific long-term changes in temperature and rainfall experienced in Europe have been caused by greenhouse gas emissions or are part of the natural variability of the climate system.

This research has a number of important implications. The fact that we find very high sensitivity to warming and little evidence of adaptation for wheat and barley would suggest that developing more heat- and drought-tolerant varieties of these crops should be a high research priority to avoid large impacts on food prices and security.

In contrast, for maize and sugarbeet, we find that how quickly farmers adapt to climate change has a large effect on impacts. This means that education of farmers about changes expected in their region and demonstration of adaptive technologies could effectively reduce impacts on these crops.

Finally, the regional differences we observe on the impacts on farm profits remind us that climate change is likely to produce winners and losers. Planning for future allocations of rural assistance programs should account for this fact.

Frances C. Moore is currently a Ciriacy-Wantrup Post-Doctoral Fellow in the Department of Agricultural and Resource Economics at University of California Berkeley. Her research combines economics with climate science in order to better understand the economic impacts of climate change and how we can adapt to them. She holds a PhD in Environment and Resources and a Masters in Economics from Stanford University as well as a Masters in Environmental Science from the Yale School of Forestry and Environmental Science.

Sheryl Hendriks Professor at University of Pretoria
URL: https://www.brinknews.com/european-breadbasket-in-peril-under-current-climate-change-scenario/
Get ahead in a rapidly changing world. Sign up for our daily newsletter. Subscribe
​​