Five Steps to Saving the World 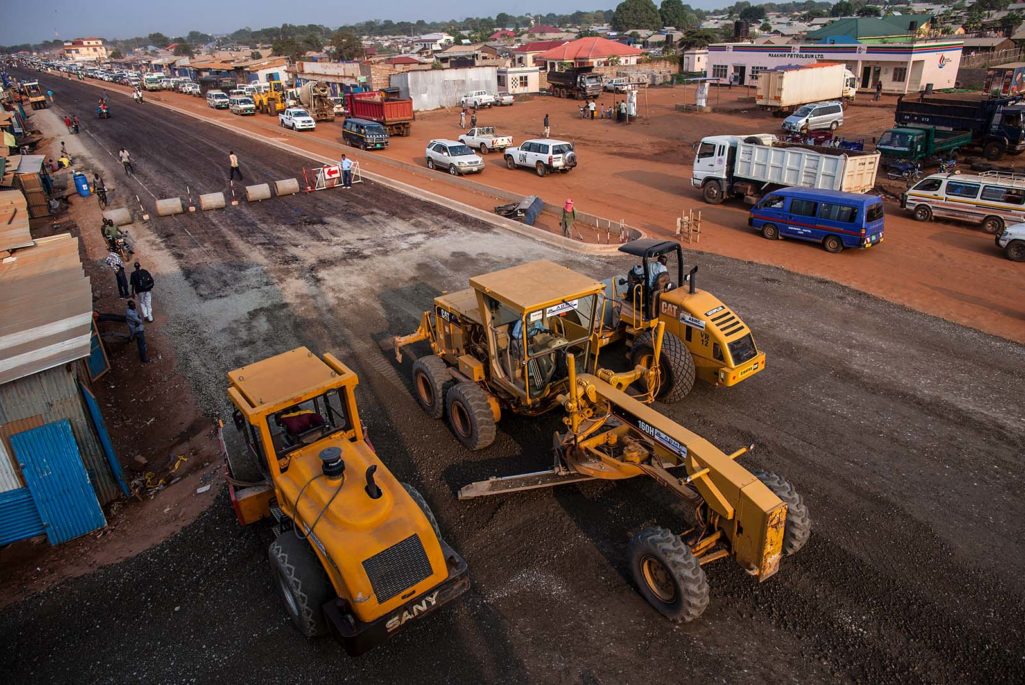 Work is in progress on a major road under construction as the government continues to make improvements on the city's streets July 19, 2012 in Juba, South Sudan, shortly after South Sudan celebrated it's first anniversary of independence from Sudan. Repeated conflict with North Sudan, corruption scandals and economic difficulties plagued the new country during its first year. Further problems caused by the shutdown of its oil production led to a sharp decline in its currency and a rise in the price of food and fuel.

The UN has a plan to save the world by 2030. It’s the global equivalent of the United States’ 1960s moonshot, and if successful, will ensure the sustainability of Earth and provide prosperity and equity for all. Small catch: sticker shock. The plan’s price tag is $3.3 to $4.5 trillion per year, according to a new report from the OECD.

The price tag is even more enormous when you realize that 2015 set a record for official development assistance (ODA) at $132 billion, and there are signs that level of commitment has begun to wane. Implementing the UN plan “will require all hands on deck, working in concert to build on each other’s strengths,” the report said.

In short, that means private businesses will have to step up and do the right thing, according to noted investor and philanthropist George Soros. The UN Plan, known as the Agenda for Sustainable Development, and its 17 Sustainable Development Goals (SDGs), “reveal both where self-interest aligns with the greater good, and where they conflict,” Soros said in the preface of the report. “The need here is to encourage private business activity where they align, and better regulate it where they conflict,” Soros said. “We must seek to not only do more good, but also ask ourselves where we can do less harm,” he said. “Given the scale of the problems the world is facing, and the unprecedented levels of global inequality, these questions are not only important, but urgent. Business must play its part.”

The report outlines the opportunities for businesses to turn a profit and do their part toward helping people and the environment. “We must go beyond traditional thinking that business revenues depend on destroying the environment,” the report said. “Smart investment in sustainable development is not charity—it is good business and it opens up opportunities.”

That will take smart and strategic public spending in a way that successfully mobilizes private finance, the report said. The report notes that in 2014, the EU found that by blending public and private investments, EU countries used 2 billion euros in public finance to mobilize some 40 billion euros for constructing electricity networks, financing major road projects and building water and sanitation infrastructure. “We should be inspired by this example to do more,” the report said. In order to do that, the report lays out a five-step process for tapping the “enormous potential” of the private sector.

Development financing packages are complex, with multiple actors. Ensuring transparency at every turn will be an important element to help thwart corruption and build trust, the report said. In addition, such transparency allows better risk analysis to be made by the private sector when considering such investments.

Step 4: Looking at Development with a New Lens

Truly sustainable development must be driven by a “no one left behind,” mentality, the report said, a policy that takes care to bring along the poorest and most marginalized in society. The report calls this “social impact investment.” Public funds can “be used to strengthen and promote this type of investment by sharing risks, and also by supporting a sound business environment, particularly in the least developed countries and in countries emerging from conflict,” the report said.

“For business to do good while doing no harm, the private sector must be held to the same international transparency and accountability standards as all other actors,” the report said. Responsible guidelines will enable businesses to make “an important contribution to the SDGs in countries worldwide, helping to raise the standard of living through the creation of fair and equal jobs, the development of skills and technology, and more equitable distribution of wealth,” the report said.

“Doing good by doing well needs to be the new mantra of business for sustainable development,” the report said.

Mark Campanale Founder and Executive Chair of The Carbon Tracker Initiative
URL: https://www.brinknews.com/five-steps-to-saving-the-world/
Get ahead in a rapidly changing world. Sign up for our daily newsletter. Subscribe
​​