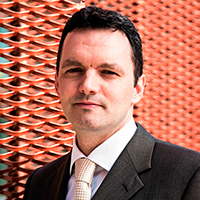 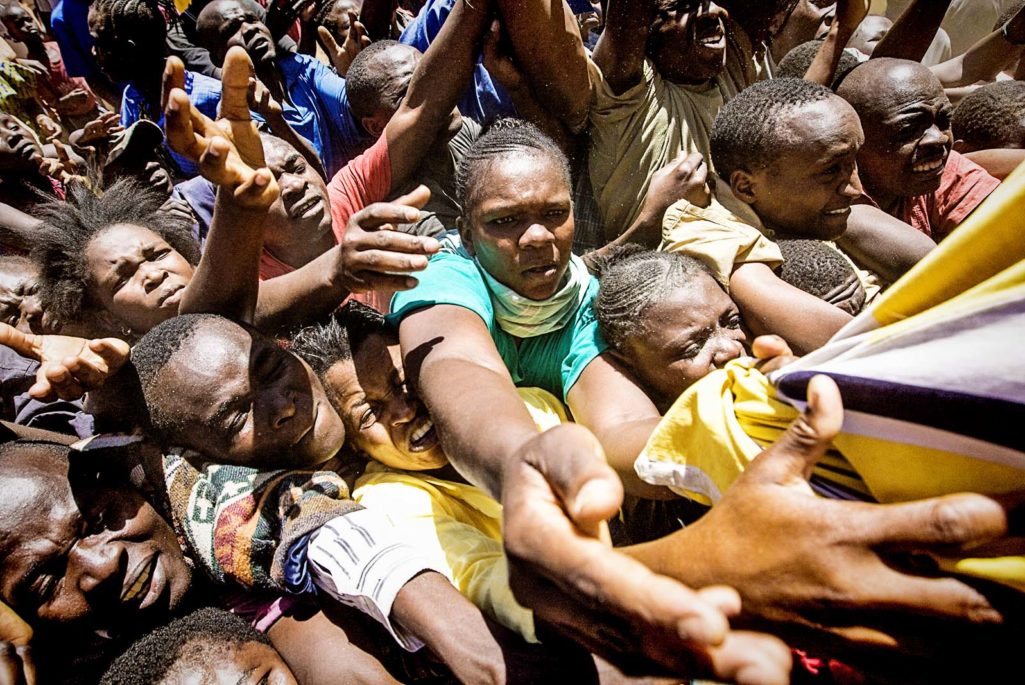 Residents from Kibera fight for relief food given by Kenyan Red Cross at the Salvation Army church grounds in the Kibera slum in Nairobi, 08 January 2008. Kenya's political unrest at the time had not yet disrupted aid efforts in the wider region.

The systemic and specific nature of resource and environment shocks remain inadequately captured in models of risk. In particular, while direct risks for some extreme events, such as infrastructure risk from hurricanes or agriculture risk from drought, may be well understood, other emerging risks are less well modeled and the wider indirect risks are poorly understood. Indeed, some risks may involve cascading linked risks that need to be better assessed.

Lloyd’s of London published the Food System Shock report in July 2015. The report identified several insurance business lines, as well as investment exposure, to an extreme but plausible global shock in food production. Several scenarios were developed to test the hypothesis that these risks could be material.

The global nexus challenges (food, energy, water) that characterize our times require us to define new ways of thinking and implementing solutions. At the global level, resources that are fundamental for human development (e.g. fossil fuels, water, land) are degrading or depleting at a faster pace than the planet can repair or replenish. Human activities are damaging ecosystems and leading to climate change. In turn, growing evidence demonstrates the damaging effects of climate change on socioeconomic development, impacting years of progress in fighting poverty and vulnerability.

While political and market actors have responded somewhat to developing environmental security measures, the economic system, and, in particular, the finance sector, remains vulnerable to short-term shocks as well as long-term trends. Indeed, resilience to some types of events may come at a cost of increasing exposure to other events. For example, as reported by the UK-US Taskforce on Extreme Weather and Global Food System Resilience, “[t]rade allows countries with limited productive potential to meet domestic demand; it facilitates specialization and efficiency and it generally increases resilience by smoothing local disruptions. However, not all disruptions are equal. [T]he system is not robust to a shock in one or more major production regions, pointing to inherent systemic risk in the geographical concentration of global food production.”

The last decade was characterized by more frequent and disruptive weather events (e.g., Typhoon Haiyan in the Philippines and Hurricane Katrina in the U.S.), increasing uncertainty over energy security and significant volatility in food prices as well as the risk of civil unrest and political instability. These have in turn increased the social and economic risk of costs of “nexus shocks,” such as flood events, energy blackouts or breadbasket failures. The most recent catastrophic events and their costs in terms of GDP and human lives show that no sector is excluded from these shocks. In an extremely globalized world, single events may induce systemic, cascading effects that would eventually have a significant impact on economic development.

Within the finance sector, these extreme events will have direct and indirect impacts. They will be felt across insurance markets that will be directly and indirectly exposed to shocks, and through investment markets that will see asset values and investment returns impacted as well as overall market stability issues. Given this change in exposure to risk, a new methodological framework of analysis or set of methods is needed to model the complexity, multidimensionality and non-linearity of societal responses to shocks to the nexus.

By exploring a particular extreme shock scenario involving a multi-breadbasket failure, Lloyd’s was able to identify several direct and indirect business lines that may experience a change in risk exposure. These included:

Indeed, following production shocks and historically low global stocks, food price rises in 2007 and 2008 contributed to some of the civil unrest that led to the Arab Spring. In Syria, drought led to rural populations being displaced, putting increased pressure on urban centers. Protests and subsequent government responses created the conditions we are still trying to deal with today.

Globally significant impacts were seen on equity valuations with the prices of some agricultural stocks more than quadrupling in a short space of time before collapsing again, just before the global financial crisis. The social and economic repercussions of this set of events are still being felt today—including the refugee crisis facing Europe—and continue to have indirect impacts on financial markets around the world.

Given that the risk of a food production shock is only likely to increase with climate change, increased pressure on the food system and degradation of ecosystems, getting a better understanding of how this could impact the finance sector is becoming an urgent issue and demands further investigation.

Director of the Global Sustainability Institute at Anglia Ruskin University

Dr. Aled Jones is inaugural director of the Global Sustainability Institute at Anglia Ruskin University. He was lead author on the seminal report on resource constraints to the actuarial profession in 2013 and is now leading a team to build a global model to explore political fragility from resource crisis. He is also  a member of the UK-US Taskforce on the Impact of Extreme Weather on US-UK Food Security.