From Risk to Resilience: Preparing U.S. Coasts for Climate Change 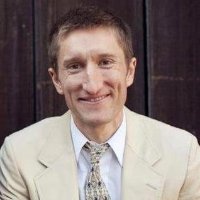 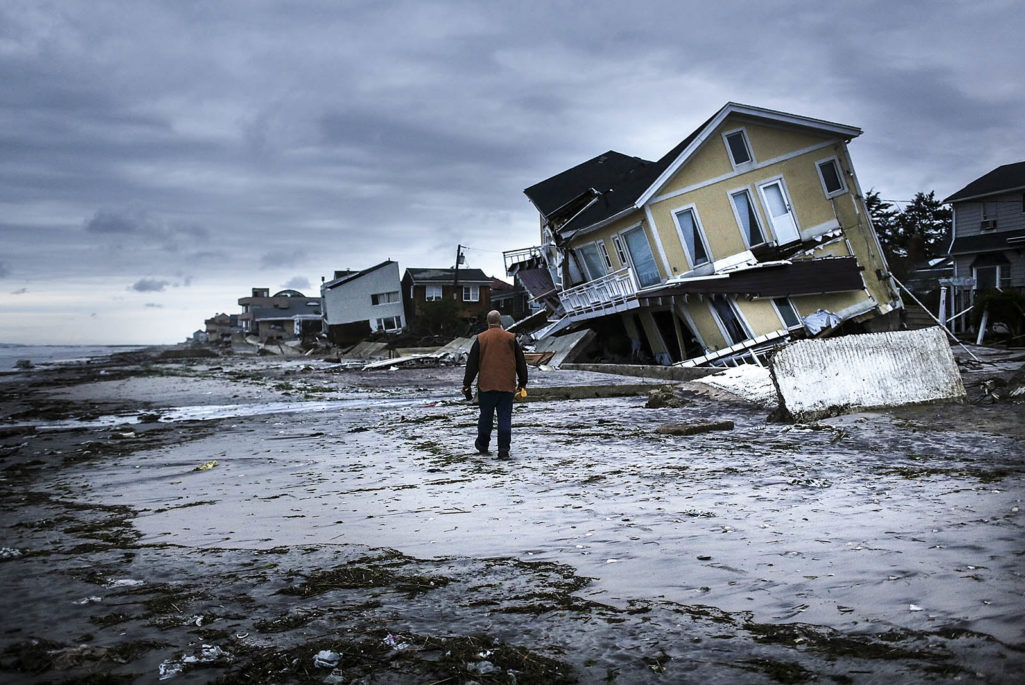 Damage is viewed in the Rockaway neighborhood where the historic boardwalk was washed away during Hurricane Sandy on October 31, 2012.

America’s coastal cities are global centers of innovation, output, employment, and trade. The communities built around the country’s beaches and working harbors capitalize on marine natural resources to promote fishing, tourism, aquaculture, and other industries. As a result, America’s coastal counties produce nearly half of U.S. economic output while taking up less than 10 percent of its land area. And they continue to grow faster in population than the nation as a whole. Put simply, America’s coasts are a pillar of success and vitality for the entire nation.

Yet even as population and production continue to concentrate along U.S. coasts, overwhelming physical evidence shows that coastal counties sit squarely in the destructive path of climate change. Intensifying storms, accelerating sea-level rise, chronic “nuisance” flooding, and the intrusion of salt water into aquifers and wastewater infrastructure are all prime examples of the impacts already beginning to undermine the attributes that make America’s coasts special. Scientists say that these impacts will only worsen during the century ahead.

Policymakers at all levels of government must chart a safer course for U.S. coastal cities and towns to make them resilient to these new hazards. Proposed policies should not only to enable coastal communities to bounce back from extreme events with minimum economic and social disruption, but also accommodate continued population growth and restore coastal ecosystems to maximize their value and functionality. This will mean significant—and, at times, politically unpopular—investments in better, stronger, and more environmentally benign infrastructure, and coastal land-use reforms that will avert greater costs and loss of life in the years to come. Achieving resilience will also require a new approach to flood control that looks to nature, in tandem with steel and concrete, to fortify the nation’s coasts while keeping them clean, livable, and productive.

Resolute policymaking to overcome these challenges will help sustain the economic dynamism of the nation’s coasts in the face of climate change, while reversing coastal ecosystem declines, fostering new enterprises and exportable innovations in infrastructure design and construction, and boosting coastal property values and private-sector investment.

Investing in Infrastructure and Insight

Research has shown that shoring up infrastructure in the face of climate-driven hazards will require tens of billions of dollars in investments to strengthen the nation’s transportation, water, and energy systems. Fortunately, preparing for future hazards comes with a big payoff. Research from the Federal Emergency Management Agency, or FEMA, has shown that every dollar spent on prehazard mitigation measures for insured real estate averts $4 in post-disaster recovery costs. Cost-benefit analysis has also found that every dollar invested in modernizing U.S. public water infrastructure and shoring up its vulnerabilities to climate change impacts stimulates $6.35 in private-sector output over the long term.

In order to best focus these investments, policymakers also need to better understand the specific geographic areas that face the greatest risk. This means funding additional oceanic and atmospheric monitoring and analysis capabilities to help reduce uncertainties in existing modeling, and to increase their predictive power. Providing the public with more accurate, localized, and actionable forecasts for weather and sea level would lead to better decisions about coastal development and infrastructure and help investors and property owners allocate capital more efficiently for everything from building power plants to buying homes.

Reducing Risk by Getting Out of Harm’s Way

Even as sea-level rise accelerates and advances toward projections of 1 foot to 4 feet of additional rise by 2100, federal land-use policy continues to incentivize some coastal property owners to live in the expanding flood hazard zones by subsidizing the ballooning costs of living in harm’s way. The federal National Flood Insurance Program, or NFIP, provides insurance to coastal property owners at rates well below actuarial soundness, essentially underpricing the risk that owners face. As a result, the combination of record-breaking storms—from Hurricane Katrina to Superstorm Sandy—and continued overdevelopment of coastal lands have left the program $23 billion in debt to the U.S. Treasury and have earned the NFIP a spot on the U.S. Government Accountability Office’s “High-Risk List” for 2015. Today, American taxpayers continue to backstop $527 billion in NFIP-covered coastal flood liability, with no relief in sight. As sea-level rise continues, the number of coastal properties that NFIP insures is predicted to grow by 130 percent by 2100.

One method that has proven successful in the aftermath of flood disasters is for FEMA to support states in the purchase of damaged properties, rather than paying for their reconstruction through NFIP. These programs pay homeowners the full, pre-storm market price for flood-stricken houses should they voluntarily choose to sell. The state then restores the underlying lands to their undeveloped condition to serve as parkland and natural buffer zones for future floods. Extensive data from FEMA and other researchers show that these property buyouts typically pay for themselves within a decade through the aversion of future NFIP payouts and other publicly funded flood response costs. While the social impacts of property buyouts can and must be mitigated, particularly for lower-income residents, the present and future dangers posed by sea-level rise make inaction untenable. Innovative, decisive policies—such as the expansion of FEMA’s buyout program—that guide coastal development away from rising seas are essential components of coastal resilience in the 21st century.

Coastal ecosystems also are a key component of coastal resilience. Oyster and coral reefs and kelp forests absorb wave energy; mangroves and salt marshes soak up floodwaters; and coastal forests provide a landward lee from the lashing winds of hurricanes and other oceanic storms. As ecologists and economists have begun to survey patterns of hurricane damage and land use, they have uncovered evidence of billions of dollars in averted losses in places buffered by the presence of healthy coastal ecosystems.

Unlike concrete seawalls and steel floodgates, coastal ecosystems provide a vast wealth of other goods and services to coastal economies, including nursery habitat for commercially valuable fish and shellfish species, pollution filtration, and opportunities for tourism and recreation. Coastal ecosystems even capture and store vast amounts of carbon dioxide, meaning that they help mitigate climate change even as they provide one of the best and most cost effective tools for adapting to its destructive impacts. And although both built and natural disaster-mitigation methods require high upfront investments, ecosystems function better and increase in value over time while built infrastructure begins to depreciate the day that construction is completed.

In the months and years since Superstorm Sandy, engineers and ecologists have begun to collaborate via state and federal Sandy recovery programs on hybrid coastal resilience infrastructure. In these projects, ecological features, such as oyster reefs or marshlands, are integrated into traditional constructed solutions, such as seawalls and levees. These approaches marry the predictability of engineered storm protection measures with delivery of some of coastal ecosystems’ valuable societal benefits—all at a lower cost than standard built infrastructure on its own.

Leaving Our coasts Better Than We Found Them

As the reality of climate change begins to take root among political leaders from town councils to the White House, the concept of resilience is becoming the nation’s most concise articulation of how to respond to its present and future impacts. Along America’s coasts, resilience efforts must address diverse challenges that range from lessening the toll of the next Sandy-like superstorm or hurricane, to daily management of tides that crest slightly higher every year. They must also account for inevitable coastal population growth, and yet also reverse the widespread environmental degradation that has traditionally accompanied coastal urbanization. Solving this multidimensional problem is a tall order: Coastal ecosystems, towns, and cities face hazards wrought by more than a century of runaway industrial carbon pollution. Making these communities more durable will not be easy—and the short term costs will not be palatable—but as recent disaster expenditures have proven, the cost of inaction will be much greater.

Past failures to address climate change and other environmental problems now threaten the essential, distinguishing attributes of coastal communities of all sizes. With strategic investments and hardnosed leadership, however, Americans can not only help meet these challenges but also leave our coastal regions even better than we found them.

This article first appeared on Center for American Progress blog.

Shiva Polefka is a Policy Analyst for American Progress’s Ocean Policy program. Before joining American Progress, he worked for more than five years in the Coast and Ocean program at the Environmental Defense Center in Santa Barbara, California.

Director of Ocean Policy at Center for American Progress

Michael Conathan is the Director of Ocean Policy at American Progress. His work focuses on driving progressive solutions to the multitude of problems facing the world’s oceans. Prior to joining American Progress, Mike spent five years staffing the Senate Committee on Commerce, Science, and Transportation’s Subcommittee on Oceans, Atmosphere, Fisheries, and Coast Guard.

Carolina Klint Risk Management Leader, Continental Europe at Marsh
URL: https://www.brinknews.com/from-risk-to-resilience-preparing-u-s-coasts-for-climate-change/
Get ahead in a rapidly changing world. Sign up for our daily newsletter. Subscribe
​​