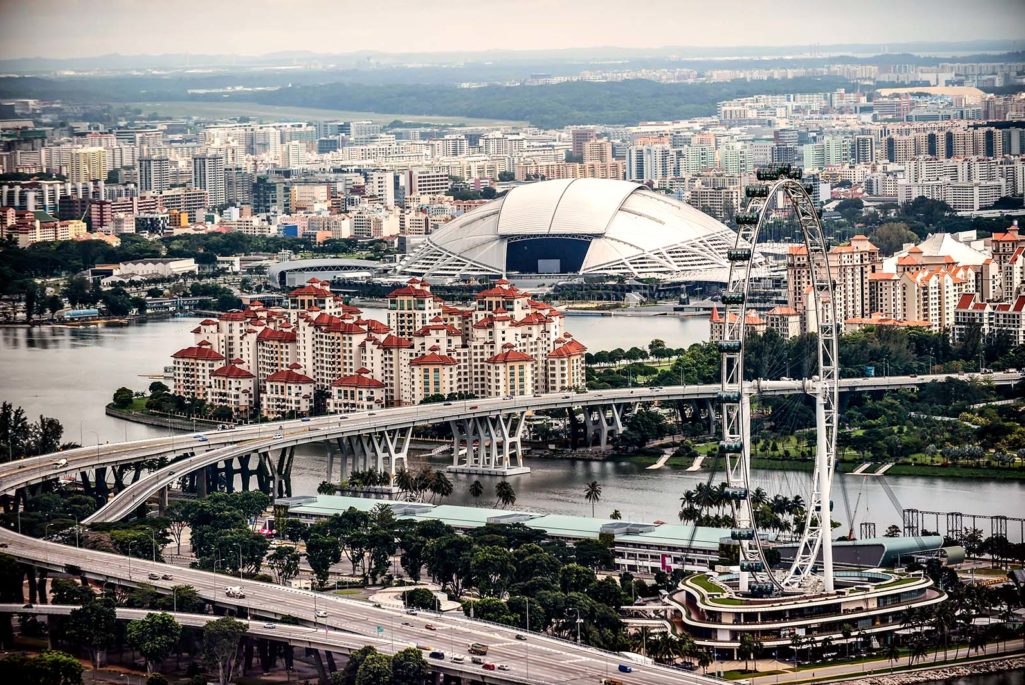 Singapore’s transformation since its independence in 1965 to a modern and smart city-state is a benchmark hard to replicate, but it holds valuable lessons for other Asian cities as they urbanize. The focus on long-term planning is perhaps the most important one.

In 1960, of Singapore’s 1.6 million people, approximately 75 percent lived as squatters. The country had an abundance of ethnic enclaves and ghettos—with communal riots and disharmony being commonplace. By 1985, a dramatic transformation took place, led by the government, which ended the vast majority of homelessness and squatters and eliminated the ethnic enclaves and ghettos.

Singapore’s achievement in urbanization lay in two key areas—the first was a focus on making people’s lives liveable; and second, helping the land become sustainable. Government policy formed the basis for these initiatives. To make areas more livable, urban planners created accessible space for basic resources that would also benefit the economy, such as schools, universities and hospitals.

The urbanization success also involved a focus on providing residents with homes—by 1990, 88 percent of residents owned their homes, and the number has stabilized at around 90 percent, one of the highest homeownership rates in the word.

These aspects of urban planning are most effective when combined with ensuring the sustainability of land. In many cities across Asia, there is a sharp focus on economic growth and the provision of big-ticket infrastructure, which is supposed to help support the growth of the city as well as economic activity. However, in doing so, cities are paying scant regard to the environment and to sustainability.

Singapore was concerned about its land, and as early as the 1980s, there were no brownfield sites across the city. A strong focus on protecting the environment meant attempts were made to limit air pollution and to increase green cover across the city. This, coupled with Singapore’s early investment in essential infrastructure, like public transport, sewers, water and electricity, enabled it to transform into a first-world city in a short span of time.

Cities that are not planned and developed well often face the risk of social unrest and instability.

A key attribute for success was coordination between different stakeholders in the administration and bureaucracy that allowed Singapore to think in the long-term, considering  the links between various aspects of urban planning—for example, when determining whether scarce land should be used for housing, roads, ports, commercial development, parks or for reservoirs that would bring water security.

The emphasis was on getting the basics right. Instead of aiming for sensational architecture that is of little value and can sometimes—when there is too much—lead to chaos, Singapore chose the simpler but stronger options. It focused on getting the roads and footpaths right, cleanliness and ensuring that building regulations were adhered to. Once this was achieved, then came the focus on culture, tourism and the arts.

The society that has seen perhaps the most dramatic pace of urbanization over the past three decades is China. One benefit China has is continuity in government (and hence policy), which is good for urban planning. China is also doing a better job now in giving compensation to squatters who are being resettled as cities urbanize. China also has some exemplar laws—for example, good agricultural land is not allowed to be taken for urban development—that are strictly adhered to.

However, China needs a better and much stronger public housing policy. Those currently in place formed the foundation on which Singapore’s urbanization experience is built. Since 2011, more Chinese live in cities than in rural areas, underscoring the need for an effective housing policy, which in turn strongly influences both the well-being of residents and the functioning of a city.

Another challenge facing Chinese cities is the presence of multiple layers of municipal government (central, district, etc.), which can pull planning in different directions in mid-size urban cities of three to four million people.

The biggest need in China at present, despite many favorable conditions for urbanization, is a basic understanding of what constitutes good planning. First, there is too much focus on iconic buildings—cities are easily seduced by fashionable projects alone.

Second, local leaders are under tremendous pressure to generate opportunities for economic activities, often at the expense of the environment. This is a story playing out in many Chinese cities, although the government is taking active measures to address this issue.

It is important this is addressed, as rural–urban migration increases in China and will continue putting a strain on cities and stretching their resources. A few cities, such as Suzhou, have done well in this regard in handling the influx of migrants, which serves as an object lesson for other cities.

Planning For the Future

Cities that are not planned and developed well often face the risk of social unrest and instability. Singapore was plagued with this problem, and one of the key tools that helped solve it was public housing. Public housing in Singapore does not segregate spaces based on income, ethnicity, race or religion. There has been a concerted effort to ensure diversity among its living spaces.

Singapore’s urbanization is highly relevant in Asia owing to its design regarding living environments for a high-density city. Asia has 30 percent of the world’s land but about 60 percent of its population, so high-density cities are not really a matter of choice, but a necessity.

In this regard too, many planners expressed concern that in creating high-rise public housing blocks, Singapore was creating conditions ripe for a different kind of urban slum. But Singapore did what was needed at the time.

Singapore went against the perceived wisdom in both of these areas and is better off for it. That is a key lesson for Asian cities—to plan their future depending on their unique context and their distinct features and not on the basis of a standard template.

The focus, however, at all times, must be on creating better lives for people, and the surest way to do this is to plan well, and to plan long-term.