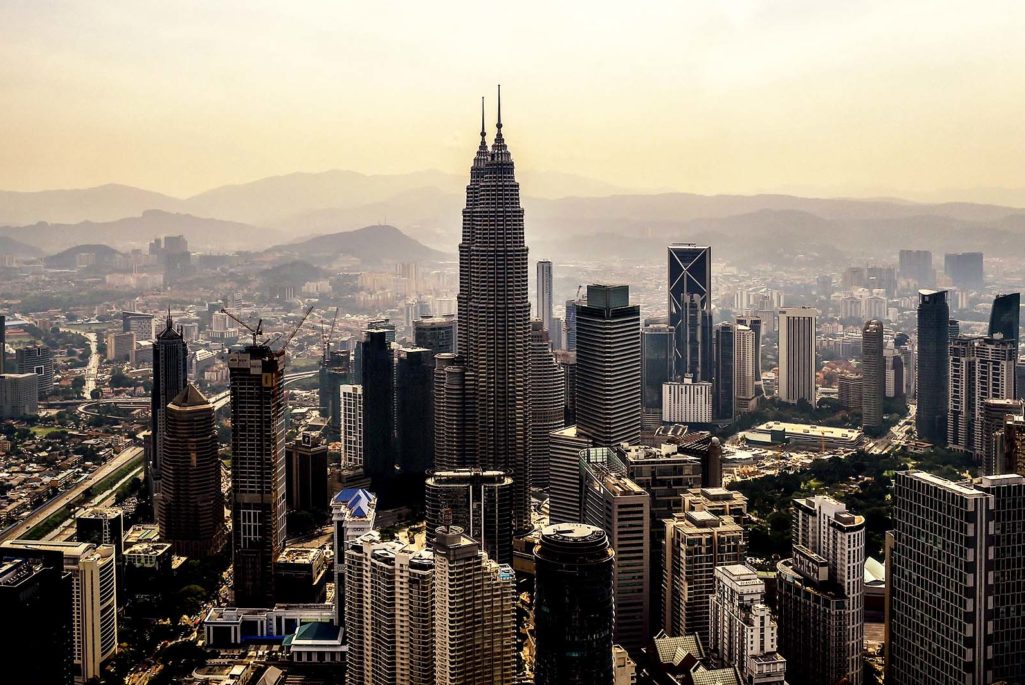 This general view shows the Kuala Lumpur city skyline as seen from the KL Tower on August 9, 2016.

Asian cities are among the fastest growing in the world, but are they growing in the right way? In today’s world of interconnected risks, urbanization has emerged as one of the region’s biggest tests. If not handled smartly, urbanization poses social, economic, political and environmental risks that governments will find hard to contain.

The biggest challenge confronting planners—when they are used—is striking a balance between the pursuit of economic growth, sustainability and livability.

BRINK Asia spoke with Liu Thai Ker, who was the master planner of Singapore and is the founding chairman of the Centre for Liveable Cities, about the risks emanating from Asian urbanization and what governments can do.

BRINK Asia: Urbanization is a defining phenomenon in Asia today. What factors, besides the search for economic opportunity, are spawning this major urbanization push and drawing people to the region’s cities?

Liu: Asia is like a sleeping giant that is now awakening, thanks to globalization. More people are educated now and information flows very quickly. About 60 percent of the world’s population lives in Asia, so there are a lot of people here. Many of these people are seeking a better life in the cities.

Education and information flows that have come with globalization are other factors contributing to the urbanization phenomenon in Asia; people are now more aware of what constitutes a better life.

BRINK Asia: Does it worry you in any way?

Liu: What is worrying is the ability to create good cities. I personally feel that the knowledge of urban planning is still at a nascent stage. And due to this, there are concerns that cities will continue to develop in a less than desirable and less scientific way, creating further urban problems in the process.

Regarding urbanization, ‘we equate modernization to iconic buildings…but those do not solve problems.’

The unfortunate thing about urbanization is that we equate modernization to iconic buildings and to developing a few fashionable projects, but those do not solve problems. The way I look at urban planning—and how Singapore has managed it well—is to compare it to the human body.

You need a good government creating the right conditions, and good planners. This is like a doctor to the human body. The first thing you have to do to a backward city is to fix the ills. That is an unglamorous job, and very hard work, but essential. In Singapore, we have managed to turn a backward, sick city into a healthy city. If you compare a city to a human being, what a human being needs most is a healthy body—that is what planning is primarily about. If a body is healthy, he or she can wear any kind of ugly clothes and still look good. Unfortunately, too many cities try to create so-called beautiful clothes but put them on sick bodies. That is an important message. Many cities don’t even produce clothes, but simply jewelry for the clothes. If you make every building iconic, you turn the city into an architectural junkyard. You need to focus on making the city healthy.

BRINK Asia: Why is so much of the urbanization in the region unplanned? Is it due to a lack of resources or expertise or will?

Liu: I would say all of them. Maybe one more is a lack of understanding of what makes a city healthy. In Singapore, our first-generation political leaders like Lee Kuan Yew were determined to turn Singapore from a third to a first world city. As a tiny country, our survival almost depended on becoming a first world city. The will was there and the aim was high. But while the aim was high, the measures were very down-to-earth.

To produce a city, you need a few basic tools: the government produces rules and legislations, which people believe in and therefore support, because people know that it will be good for them in the long run. Some examples in Singapore are the Land Acquisition Act, (where the government can acquire the land after they have produced a credible a master plan and state what they are going to do with the land after acquisition, and the landowner has to agree to give the land with a fair compensation paid to the owner). Another example is the Resettlement Act (where the government can move people out and resettle them with compensation). These and various legislations were designed to create a healthy city. Many other cities have difficulties despite having such land acquisition acts. Without an adequate, good track record, the implementation of these acts would be very difficult.

‘It is very hard to resettle existing squatters or slum dwellers when you don’t have a public housing policy.’

Second, it is very hard to resettle existing squatters or slum dwellers when you don’t have a public housing policy. Singapore handled public housing very creatively. The tools available to cities are not necessarily sharp; on the contrary, they are pretty blunt. It’s a chicken-and-egg thing: If you don’t have the tools, you cannot build a track record, and vice versa.

Third, it is critical to know the important elements that create a good city. A few iconic buildings surrounded by slums would not make a good city. City planning is a system science.

And lastly, you need to find the technical skills to do it. The Singapore government gave me a very good urban laboratory. When I was at the Housing & Development Board, we had to acquire land, resettle the people, plan the housing estates, design the housing blocks, supervise the contractors to build and then also manage the properties. Through property management, we studied the complaints we received (and) did research to find better ways to improve our planning and designs.

BRINK Asia: What are three of the biggest risks associated with unplanned urbanization in Asia?

Liu: In terms of urban ills, I would say a lot of cities are under pressure to develop rapidly economically, and they are going to end up doing so at the cost of the environment. So the ill No. 1 is pollution. The second is traffic jams in cities. And the third is the creation of cities that are not conducive enough to provide their inhabitants a high quality of life.

BRINK Asia: On the flip side, what are some of the risks associated with planning? Is there such a thing as too much planning?

Liu: I don’t think so, but there is a risk associated with too much planning. Many cities engage different planners to plan different aspects of the cities; sometimes the traffic planner will plan the traffic system and a separate planner will look into land use. They don’t always talk to each other and there is no coordination between them. This kind of planning cannot deliver a healthy city. In a sense, there is a lot of wasted planning.

Therefore, my advice to cities that invite me to plan is that they should, first and most importantly, have a master plan. Second, you always need to plan long-term, for a period of 50 to 60 years rather than just 10 years. To give you an example, in many Asian cities, the airport is in the middle of the city. With the high level of rural-urban migration we are seeing every single day, we are going to have huge cities here in Asia. And if urban plans do not have a long time horizon of 50 years or more, a lot of these airports are going to have to be moved.

So I think there is too much planning of the wrong type. There is also a tendency for every new political leader to create a new master plan and thus waste a lot of planning resources.

BRINK Asia: One of the big challenges across many Asian cities today is the proliferation of slums. What are the risks these pose?

Liu: I’ll tell you a story. In the early days when we had squatters in Singapore and we were in the process of resettling them, I discovered two most unexpected friends of public housing. One was the police, because they could never find criminals who entered the squatter colonies. Whereas, in public housing estates, they could simply cordon off the area and find the criminals. The second unexpected bunch of friends were the public health officials, because the public health standard in Singapore improved substantially through public housing. So the two biggest risks are crime and poor public health standards. And of course, the general quality of life, which should be the ultimate aim for any city.

BRINK Asia: Is it possible to strike a balance between economic growth and urban planning? What are the risks associated with picking one over the other?

Liu: The way I see it, urban planning helps economic growth. Singapore created a financial sector and an industrial sector by marking out land for these purposes in different parts of the city that we sought to develop as industrial and financial centers. When we provided public housing, we also provided shopping centers, schools, transport services, hospitals and public spaces. Eventually, all of this played a big part in attracting investors to the country. Checking pollution and maintaining a healthy environment also helps because investors and professionals often come with their families, and they want the best for them. So as you can see, the two are complementary to one another. And then, with economic growth, you get the money for more planning. You can’t pick one over the other, and that is one of the greatest challenges in urban planning.