Has Corporate Activism Turned a Corner? 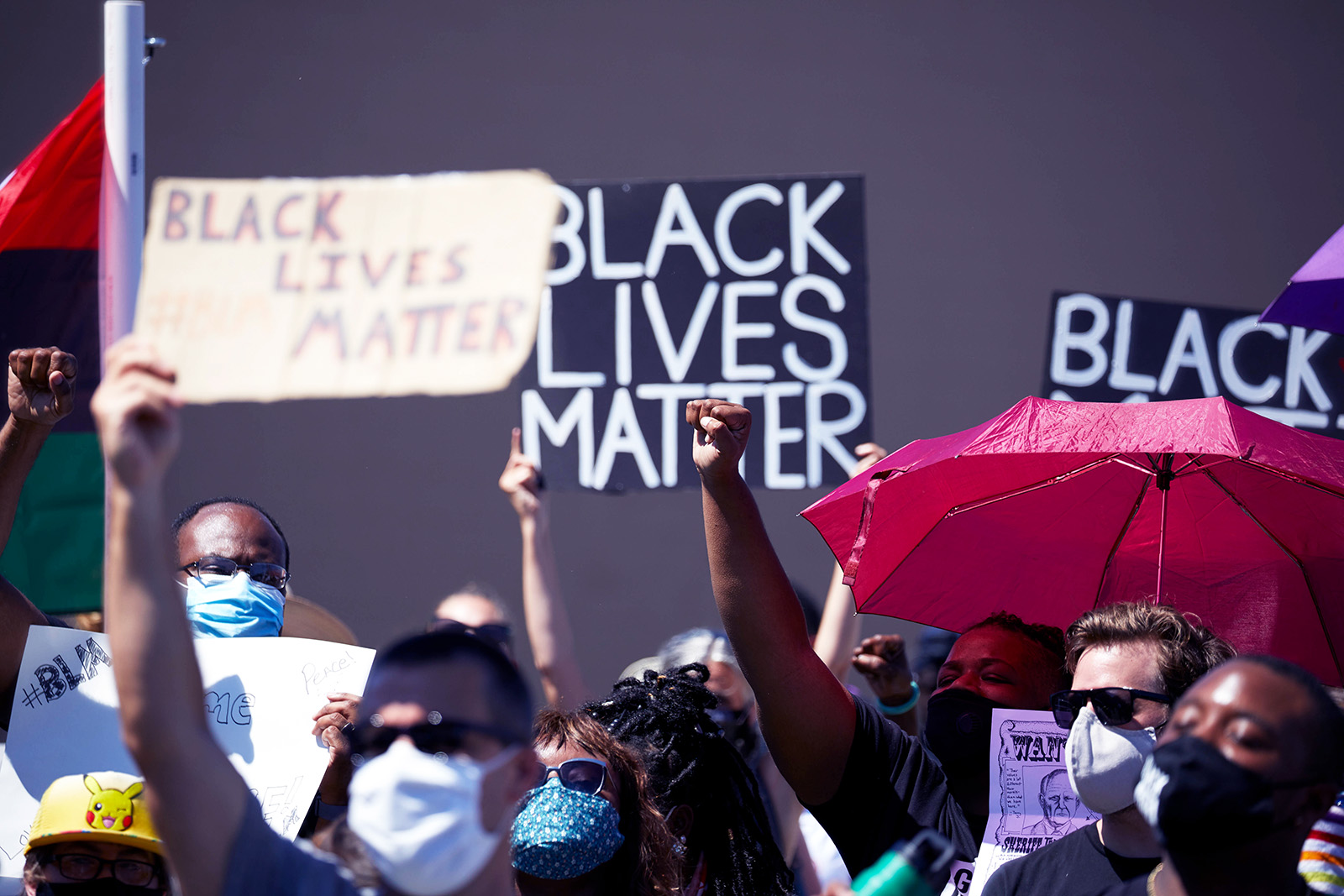 Anti-racism protesters in Graham, North Carolina, on July 2020. The George Floyd story connects to a broader theme about whether capitalism is fit for purpose and sustainable.

Recent weeks have seen hundreds of companies responding to the Black Lives Matter movement, taking steps to support greater diversity not only among their own employees but in the community. Does this herald an era of greater corporate involvement in social and political issues?

BRINK: Witold, when we last spoke to you in 2018, you had just published a book called Corporate Diplomacy: Building Reputations and Relationships with External Stakeholders, which urged companies to pay more attention to a wider range of stakeholders beyond just their investors and their customers in order to mitigate risk and maximize growth opportunities.

Do you think that companies are now doing that?

HENISZ: At the end of last year, I was very encouraged by some of the developments that were going on, such as the statement by the Business Roundtable that shareholder primacy was giving way to a broader conception on the purpose of the firm that included a wider array of stakeholders and The Global Sustainable Investment Alliance report that $30 trillion of assets under management now claim their investing according to environmental, social and governance factors.

Those were really heartening changes. But I think what we’re seeing in the past few months shows that we still have a very long way to go with the issues around racial justice, around business response to a threat like the pandemic, around climate change as well.

We’re still a long way from having corporations really stepping up to where the millennial generation and Generation Z expects them to be. So there’s been movement, but it hasn’t been enough. And it needs to accelerate, or the very fabric of the post-war capitalist system could be at risk.

The Rise of Employee Activism

BRINK: One of the key stakeholder groups that you talked about before includes the employees themselves. There’s been quite a lot of coverage in recent weeks about employees at different companies protesting or making their voice heard. Do you see any substantive change or trend there in the relationship between companies and their employees?

HENISZ: It’s early days of what will hopefully be the COVID recovery. What you’re seeing is some employees expressing real concerns around their safety, around work practices that they feel are putting them at risk, and trying to raise attention to that.

These risks are disproportionately faced by workers who are members of racial minorities and immigrant groups. In the discourse on corporations’ social responsibility, this is becoming the most important issue on people’s minds, supplanting climate change. Companies such as JUST capital and Truvalue Labs, which monitor the media to show how people are talking about companies, are flagging a growing number of stories around how companies are treating their workforce.

As the recovery unfolds, will those companies that did better by their workers during the crisis have an easier time hiring and retaining their workers? Will consumers take into account that treatment when they decide where to shop? Will investors and creditors reward these investments in human capital? If that happens, it’s quite possible to imagine that issues around treatment of the workforce will be more front in mind and will affect more stakeholders’ behavior going forward.

But it’s also true that we’re facing record high postwar unemployment levels. One could imagine that workers won’t be in a position to push forward these claims, so that they’ll be willing to make sacrifices in order to keep or get a position.

BRINK: Some people see this as a generational shift, with younger workers wanting very different things from their employers. Is that how you see it? Or is something else going on?

HENISZ: I think that’s definitely part of it. Survey results from Weber Shandwick and Morgan Stanley that look at different demographics and how they perceive a company’s role in society show that the millennial generation and Gen Z expect companies that they work for, invest in and purchase from to engage on some of these social issues in a way that other generations did not.

We’re All Expecting More From Companies

The idea of shareholder primacy, of profit maximization being the single goal, is just not accepted by younger generations. And they’re willing to make sacrifices in terms of their pay packages, in terms of the status of their employer, if they believe in the purpose of the organization, if they have opportunities to contribute to addressing societal challenges.

So I think there is a generational component.

The George Floyd story connects to a broader theme about whether capitalism is fit for purpose — is the current system of capitalism sustainable?

It’s also true that all of us, regardless of generation, are more aware of the issues of racial justice, environmental justice, than we were a year ago. And so we’re seeing a real shift in what every generation is expecting of companies, because these issues that were previously seen as marginal or not that front and center, are now rising to the surface for all of us. So, maybe the younger generation are just ahead of the curve and we’re all catching up, as often happens across generations.

BRINK: Traditionally, there’s been a difference between the way some European companies have engaged with their workforce — I’m thinking particularly of Germany and having worker representatives on boards — versus the American approach. Do you see these two trends converging more?

HENISZ: I think they remain pretty far apart. Europe was earlier to the game because there was a greater weight historically placed on values. The U.S. is catching up because there’s greater evidence that there is value in that approach, as I argued in the Corporate Diplomacy book and as other recent books by Ed Freeman, Rebecca Henderson, and others reinforce. There’s an enlightened self-interest to corporations attending to stakeholder needs.

As that became evident, more investor capital, more companies started paying attention. There is a shift as we just discussed among the millennial generation, and it’s percolating, but there’s more resistance in the Anglo-Saxon model if there isn’t conclusive evidence of a profit-based rationale. There’s been a coming together to some extent, but there’s still a gap because continental European firms are more accepting of a values-based argument.

Is Capitalism Fit for Purpose?

BRINK: When you see how the George Floyd story moved quickly around the world, you could say that these issues are becoming increasingly resonant everywhere. And whether you’re in Germany or in the U.S., the issues that companies are facing will be the same. Do you agree?

HENISZ: I think the Floyd issue connects to a broader theme about whether capitalism is fit for purpose. Is the current system of capitalism sustainable? Do enough groups feel like it benefits them instead of other groups?

The racial justice movement in the U.S. and some of the immigrant justice movements in Europe are showing that the cost of leaving people out of the system isn’t just about unfairness or injustice; there’s a growing group of people who feel that the system doesn’t work for them and are willing to threaten the system.

At that point, it does become a more existential threat. People have to believe that capitalism works for them, or they will choose policies that make it difficult for capitalism to function. We’re seeing a rise of politicians who are enacting policies due to populist or nativist pressures — policies that aren’t in the long-term interests of corporations but offer succor to those who feel aggrieved or threatened that something is being done to help them.

And also into the rural, older, less-educated white communities that feel threatened.

The Role of Boards

BRINK: What about the role of boards — do you think that boards are going to end up driving this change or just play catch-up?

HENISZ: I do worry that boards are less diverse, less representative of the millennial generation, and more focused on shareholder primacy in their belief structure. And that could, on average, restrict needed change.

Having required labor representation on the board makes it more likely that the boards in Germany and other countries with this requirement will represent a broader set of interests than they do in the U.S.

But even there, I’m not sure it’s enough that the boards will be a catalyst for change. Surveys of board members from the National Association of Corporate Directors concur. So, while I think board leadership is really important, I’m not optimistic that they will be a driver or a force for change, on average. I think it’ll be the exceptional board that does that. Such far-sighted boards will be important assets to their companies and to society.

Witold J. Henisz is the Deloitte & Touche professor of Management in Honor of Russell E. Palmer, former managing director at The Wharton School of The University of Pennsylvania. He is the author of the book “Corporate Diplomacy: Building Reputations and Relationships with External Stakeholders.” He is currently a principal in the political risk management consultancy PRIMA LLC whose clients include multinational corporations, intergovernmental organizations and the United States government.