How a Single Catastrophe Can Change the Way We Manage Risk 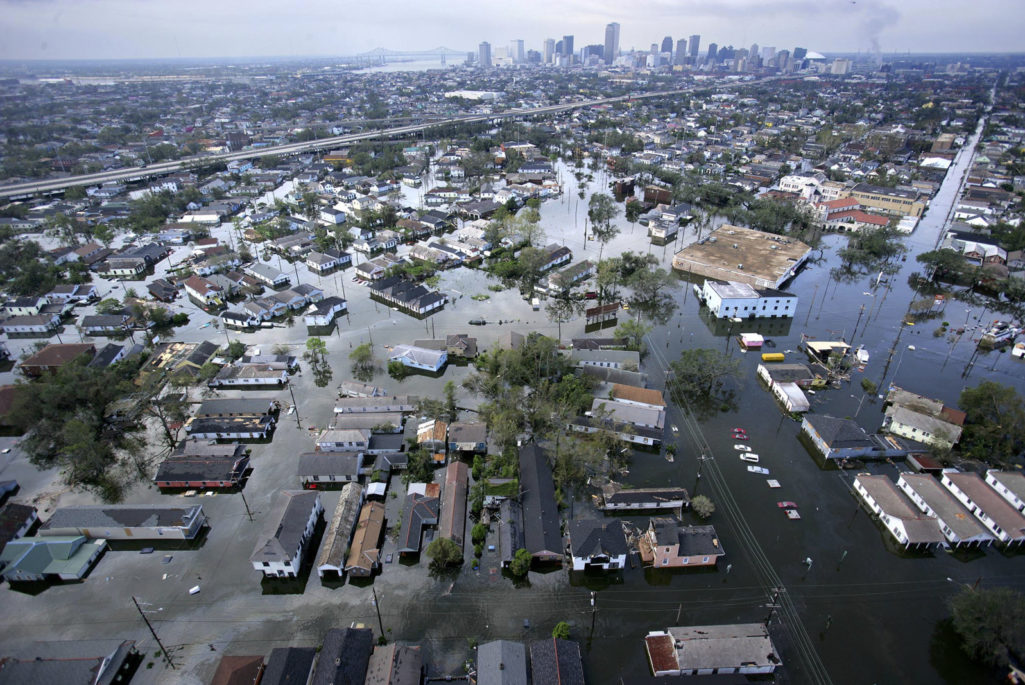 Flood waters from Hurricane Katrina cover streets in New Orleans, Louisiana. It is estimated that 80 percent of New Orleans was under flood waters as levees began to break and leak around Lake Ponchartrain.

Editor’s Note: This is the third article in BRINK’s special series on extreme weather.

After Hurricane Katrina, which killed more that 1,800 people and incurred more than $41 billion in insured losses, risk professionals, residents, and government officials looked at what worked and what did not in mitigating the damage from the storm. It is the type of dialogue that plays out after most major disasters, any one of which has the potential to change approaches to risk management and offer lessons in risk transfer.

From a financial perspective, some of the most significant changes following this type of disaster have to do with the impact on insurance and risk transfer.

Katrina also opened the door to non-traditional forms of capital, including:

Insurance Lessons Prove Every Word Counts
Every disaster provides this simple lesson: Insurance policy wording matters. Katrina, Superstorm Sandy in 2012 and other disasters have brought a focus on the definitions of particular perils, such as “named windstorm,” “flood,” and “windstorm.” Millions of dollars can be at stake, and disputes often take years to sort out in court.

A series of devastating earthquakes that struck between February 2010 and March 2011 — notably in Chile, New Zealand and Japan — provided a number of lessons related to insurance recovery and claims:

One way to work through potential policy issues is to perform a drill, much the same way a building has occasional fire drills. And yet, in the past two years, fewer than 25 percent of companies have tested how their property policies would respond to a major loss, according to a recent Marsh Risk Consulting survey.

Organizations Must Improve Business Continuity Planning
In 2011, two separate events demonstrated the way natural disasters can ripple through supply chains. Floods that hit Thailand that year highlighted the ramifications of a single event. The flooding was the worst the country had seen in more than 50 years, a period during which the country had grown into a key link in the global supply chain. The other event was the devastating earthquake, tsunami and nuclear emergency in the Tohoku area of Japan.

One of the key failures following both these events was that some organizations’ continuity plans were incomplete, inadequate or not aligned with the needs of a global organization. As an example, consider the business continuity plan of one Japanese manufacturer. The tsunami displaced or destroyed molds needed for the creation of some critical components, and the company found after the tsunami that the contractors familiar with the casts to recreate the molds were missing or dead. The continuity plan did not address the loss of these critical resources, nor did it address further complications caused by rolling power outages and nuclear contamination.

A key lesson, then, is that a plan on shelf is not enough. Optimizing resiliency and efficiency requires discipline, analytics, decision modeling and the involvement of a broad cross-section of business, technology and operation leaders.

How Data and Analytics Can Help
Hurricane Katrina brought about a major change in thinking about catastrophe (CAT) modeling, used to develop estimations of financial losses. Today, virtually every risk with catastrophe exposure is run through one or more models. Hurricane Katrina led to a sharp rise in the focus on data quality: initial loss estimates from Katrina missed the mark by a long shot in part because the data loaded into the models was inadequate, incomplete, inaccurate or miscoded. CAT models at the time overestimated the impact of pure wind damage and underestimated the damage from flooding and storm surge, meaning initial damage estimates identified only about one-fourth of the damage.

Hurricane Ike, which struck in 2008, was unusual in that hurricane-force winds persisted inland far longer than was then considered possible for a tropical cyclone and caused more $13 billion in insured losses stretching far north. Hurricane Ike demonstrated that windstorms can have a wide impact inland and that preparedness should not be limited to coastal locations. In 2012, from a modeling perspective, insurers were better prepared for losses from Superstorm Sandy because they had stress-tested their underwriting portfolios.

Crisis and Societal Risk Management Remain a Top Priority
Hurricane Katrina highlighted the need for public and private sector entities to develop plans before an event. There were many changes in both government and private industry planning for disasters following Katrina. For example, the U.S. National Response Framework, which defines the role of all federal agencies, was updated in 2006 based on the collective experiences in responding to hurricanes Katrina, Wilma and Rita the previous year. The primary improvements were focused on communication and coordination among government agencies.

In addition, most businesses had developed risk-specific plans before Katrina —for hurricane, flooding and loss of power. Yet most had not cross-walked those plans to see how they would affect a coordinated response. Now the emphasis is on ensuring there is a broad response structure in place.

The ever-increasing number of people at risk from natural disasters is critical for governments and international organizations. They, too, look to learn after disaster strikes. The International Council for Science has cited numerous examples of successful implementation of lessons learned following major catastrophes, including:

Meanwhile, the World Economic Forum has laid out a Vision for Managing Natural Disaster Risk that focuses on:

Those are, of course, some of the key issues at the level of the individual organization and critical lessons to be applied in readiness for the next disaster.

Duncan Ellis is directly involved in numerous accounts of all sizes and is responsible for the program design, marketing, and servicing of new and existing global, international, and domestic property programs.

Carolina Klint Risk Management Leader, Continental Europe at Marsh
URL: https://www.brinknews.com/how-a-single-catastrophe-can-change-the-way-we-manage-risk/
Get ahead in a rapidly changing world. Sign up for our daily newsletter. Subscribe
​​